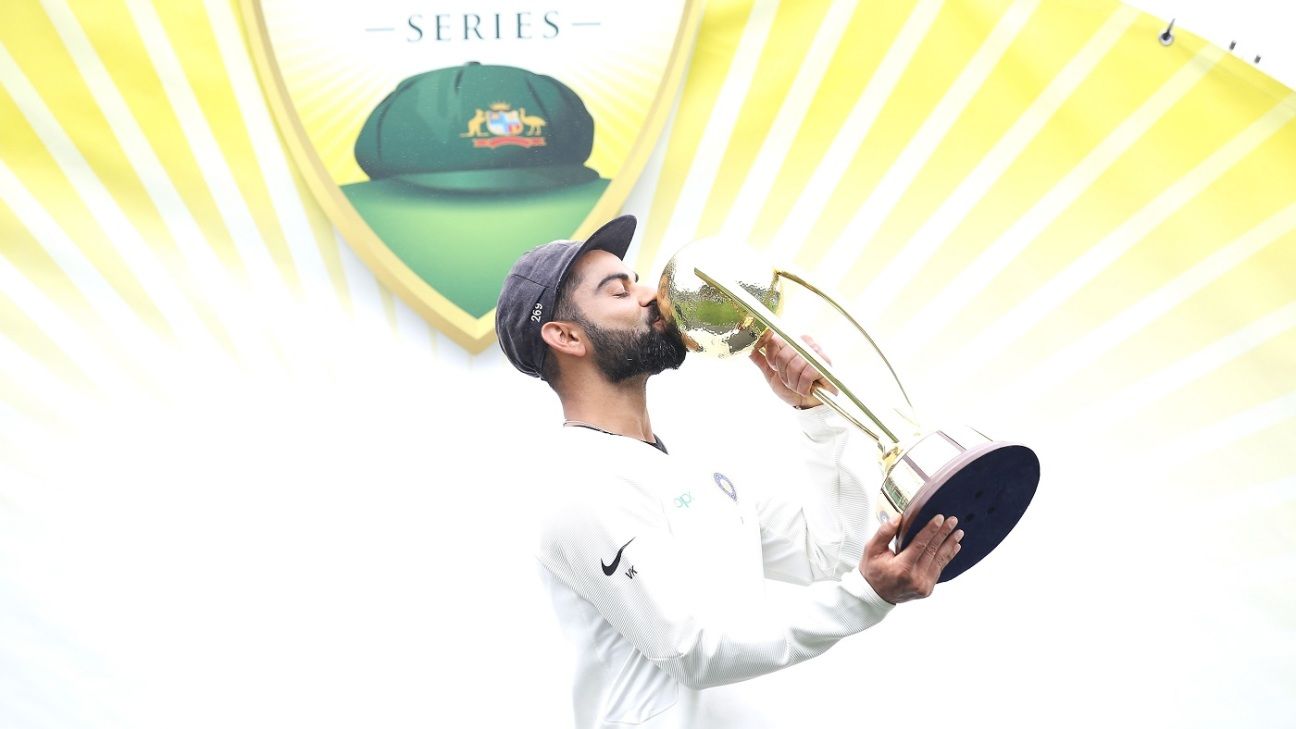 India have ended as the top-ranked Test team for the third year running. With 116 points, they were eight clear of second-placed New Zealand on the cut-off date of April 1. They will receive a purse of US$ one million and the Test Championship Mace again.

In the period in question, India enjoyed success at home, beating Afghanistan in a one-off Test and West Indies 2-0. They endured mixed returns overseas, losing 4-1 in England but beat Australia 2-1 for their first-ever Test series win in the country.

“Retaining the ICC Test Championship Mace once again is something we are all really proud of,” India captain Virat Kohli said in a statement. “Our team has been doing well across formats but it gives us extra pleasure to come out on top of the Test rankings. We all know of the importance of Test cricket and of how only the best can prosper in the format.

“Our team has a lot of depth and I am sure this will stand us in good stead once the ICC World Test Championship commences later this year. That is again something we are really looking forward to as it adds more context to Test match cricket.”

India held the lead at the top of the rankings all the way – and Kohli took over as the top Test batsman as well – while New Zealand rose to No. 2 for the first time. Kane Williamson‘s team was in third place, with South Africa second, before Sri Lanka swept their two-Test series in South Africa. That pushed South Africa down, and New Zealand consolidated their position behind India with a 2-0 home win over Bangladesh.

“It’s an awesome achievement for our side to finish second in the ICC Test team rankings and as a team we should be very proud,” Williamson said. “It’s come off the back of a lot of hard work and perseverance; not just by the eleven guys on the field, but the entire squad and support staff.

“It’s been especially pleasing to see the consistency we’ve shown in the longest form of the game over a decent period of time. We’re now all really looking forward to the ICC World Test Championship getting underway and the added context the competition will bring.”

Australia were at fourth place, ahead of fifth-placed England only on decimal points, followed by Sri Lanka, Pakistan, West Indies, Bangladesh and Zimbabwe. The two new Test nations, Afghanistan and Ireland, have only played two matches so far, and will qualify for a full ranking after playing six more matches each.