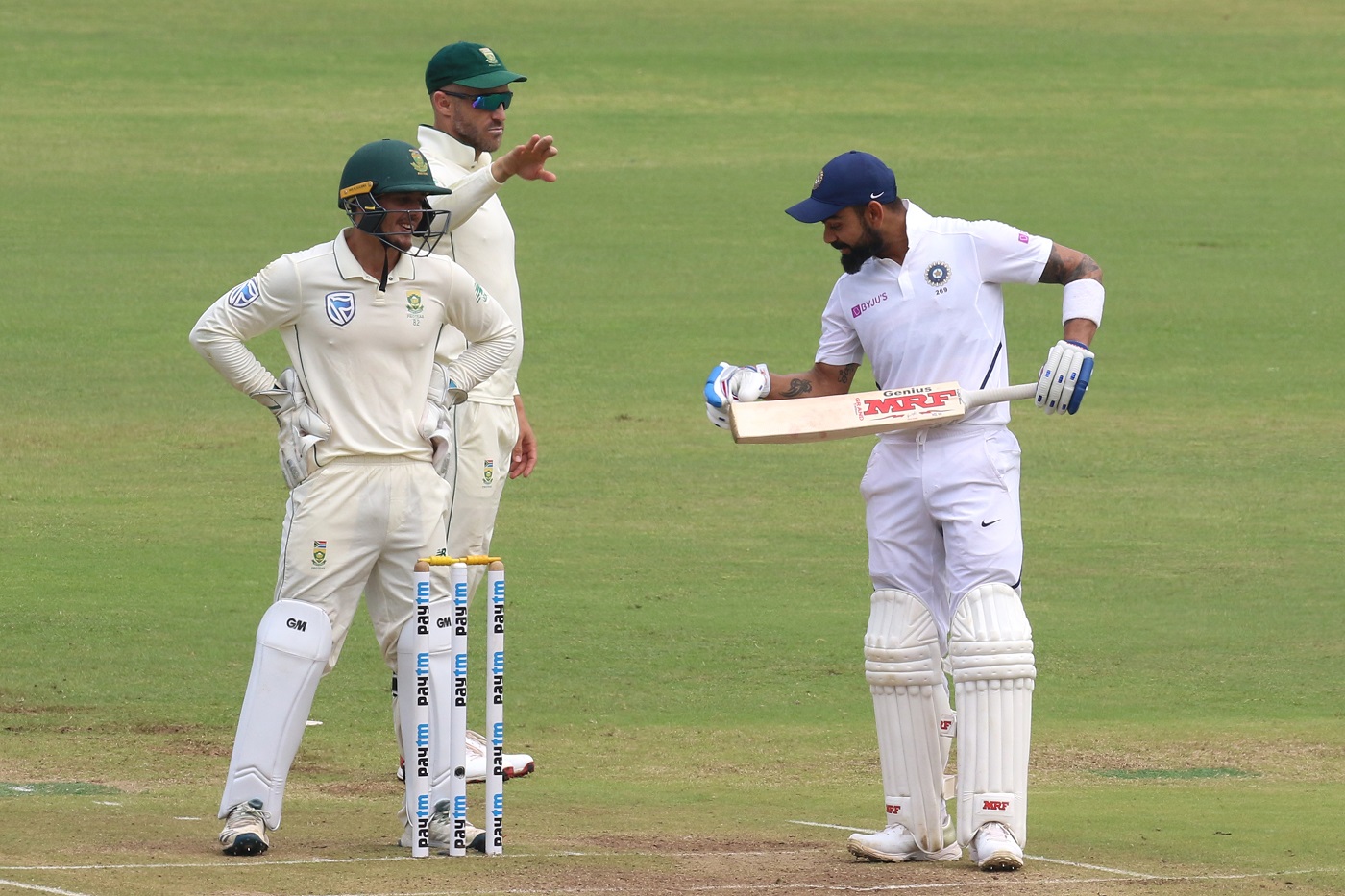 On day two of Test two, Virat Kohli and friends just stood there and beat every bit of fight out of a tattered and directionless South African side. Kohli could have chosen to bat on and have a stab at a triple, Ravindra Jadeja could have got a hundred had he not pushed too strongly towards a declaration, and then Umesh Yadav announced his comeback with two wickets in his first two overs.

South Africa, meanwhile, dropped catches, misfielded regularly, conceded overthrows, snapped at each other, bowled 11 no-balls, and just waited for declaration. Oh and they also made strides towards having the worst series for a set of spinners in India, and none of their three fast bowlers charged in for the last 18 overs of the innings. Even when Keshav Maharaj was off the field with injury. Retirements, talent drain, relative quality of this South African side compared to their other teams are things beyond the scope of this report, but it is hard to remember an untidier effort from them in the field. Even the forecast rain refused to come to their rescue.