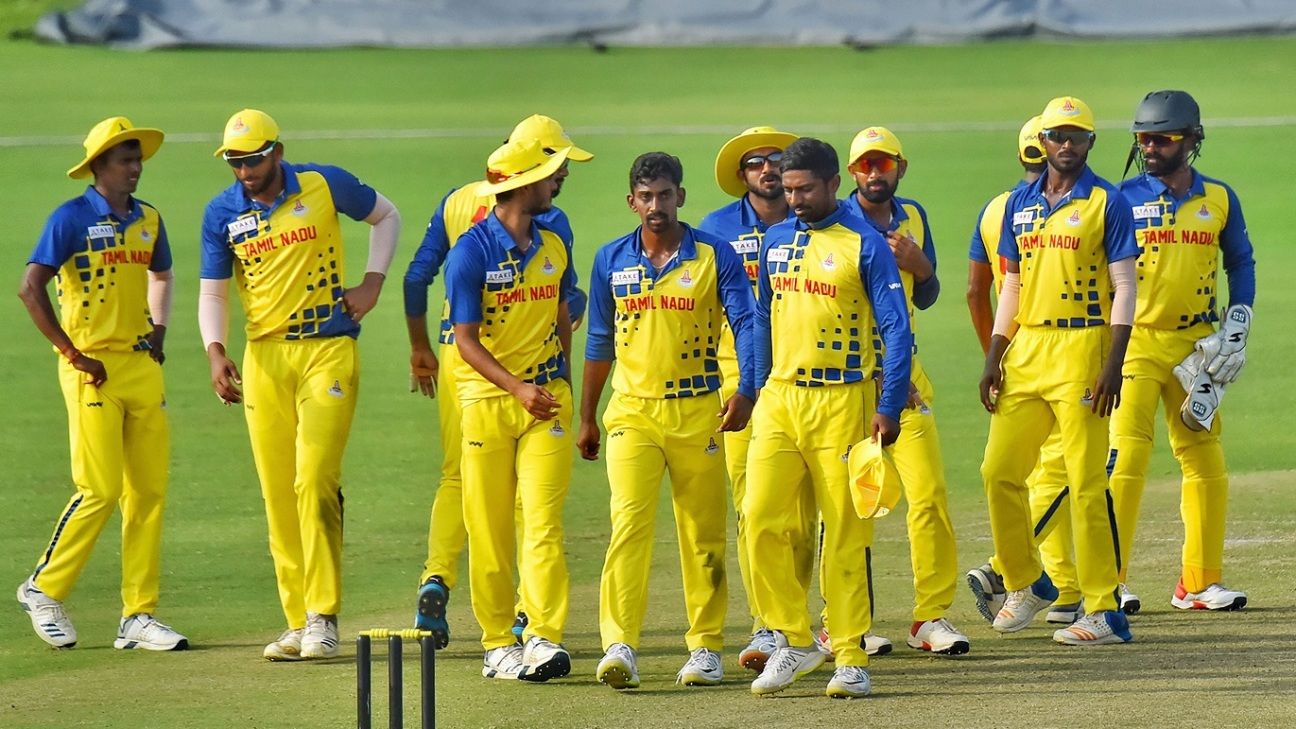 The Vijay Hazare Trophy quarter-finals will have a star-studded line-up, with domestic heavyweights Karnataka, Mumbai, Delhi and Tamil Nadu all qualifying for the knockouts. All four quarter-final games will take place in Bengaluru on October 20 and 21.

Karnataka, the Group A and B toppers, will come up against Puducherry, the Plate Group winners whose bowling attack is led by former Karnataka captain Vinay Kumar. Another quarter-final will pit defending champions Mumbai against Chhattisgarh, who had chased down a target of 318 against Mumbai in their league match.

Delhi will face Gujarat, while Tamil Nadu – who have set a scorching pace in the league games with nine wins in as many games – will take on Punjab.

The positions were finalised after an exciting day’s play on the last day of the league stages, with several teams in contention, and others standing by and hoping for results to go their way, particularly in Groups A and B.

Tamil Nadu and Gujarat had already confirmed their spots by topping Group C, while Karnataka had also been assured of the top spot in Groups A and B.

Group C was the only one unaffected by rain, and the BCCI had modified the original schedule to extend the league stage till October 17, with several spots up for grabs in Groups A and B, and the Plate Group.

Delhi needed to win against Himachal Pradesh to qualify, and they did it by three wickets, Shikhar Dhawan top-scoring with 31 in a chase of 177. Their win put took them to 22 points, the same as Punjab, but Delhi finished second by virtue of having won their head-to-head match against Punjab in the league phase, and thus earned the right to face the second-ranked team in Group C (Gujarat) with Punjab facing Tamil Nadu, the Group C toppers.

Uttar Pradesh could have edged out Mumbai, but they needed to beat Haryana in their final league game to do that. However, they lost by 20 runs after Haryana had been bowled out for 208. That meant both UP and Mumbai finished level on points (20) but UP’s net run-rate fell below Mumbai’s.

The Plate Group equation was more straightforward, with Puducherry assured qualification if they won their last league game, against Assam. They did that in some style, bowling out Assam for just 115 and knocking off the target in just 22 overs, albeit having lost five wickets.

The results also mean that Puducherry will progress to Group C next season, while Bihar – who had topped the Plate Group in 2018-19 and earned a promotion – will be back in the Plate Group after having lost all nine matches in Group C this year.