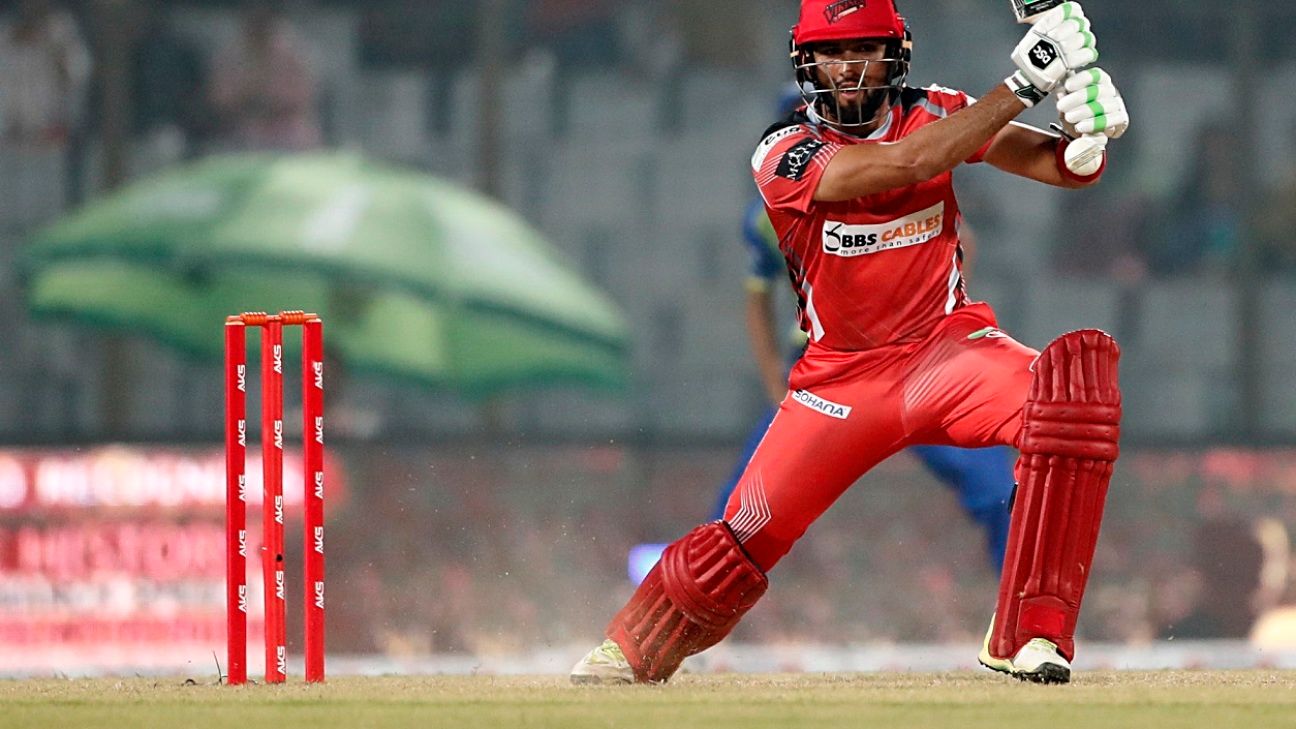 Chittagong Vikings held on for a three-wicket win against defending champions Rangpur Riders in a low-scoring start to the BPL. Making his tournament debut, Robbie Frylinck took 4 for 14 before his unbeaten 12 took Vikings home.

Ravi Bopara top-scored for Riders, making 44 of the team’s 98 runs, after their top four fell for single-digit scores. He added 49 runs for the eighth wicket with Sohag Gazi before Frylinck broke that partnership in the 19th over.

Vikings’ batting was also far from convincing, with Mohammad Shehzad and Mushfiqur Rahim getting out in the twenties, and several others struggling.

Gazi drops Frylinck’s return catch in the 18th over with the Vikings on 89 for 7.

Frylinck triggered Riders’ initial collapse with a burst of three wickets – Alex Hales, Mohammad Mithun and Mehedi Maruf – in the first 3.2 overs. Later, he added Sohag Gazi as his fourth victim in the 19th over.

Alex Hales, the biggest batting star available for Riders on the opening day, fell in his first ball in the BPL, trapped lbw to another debutant Frylinck. Interestingly, the decision was a close one as replays suggested the ball would have just shaved the leg-stump.

Vikings’ win will be registered as a surprising result given the make-up and budget of their side compared to the big-spending Riders.