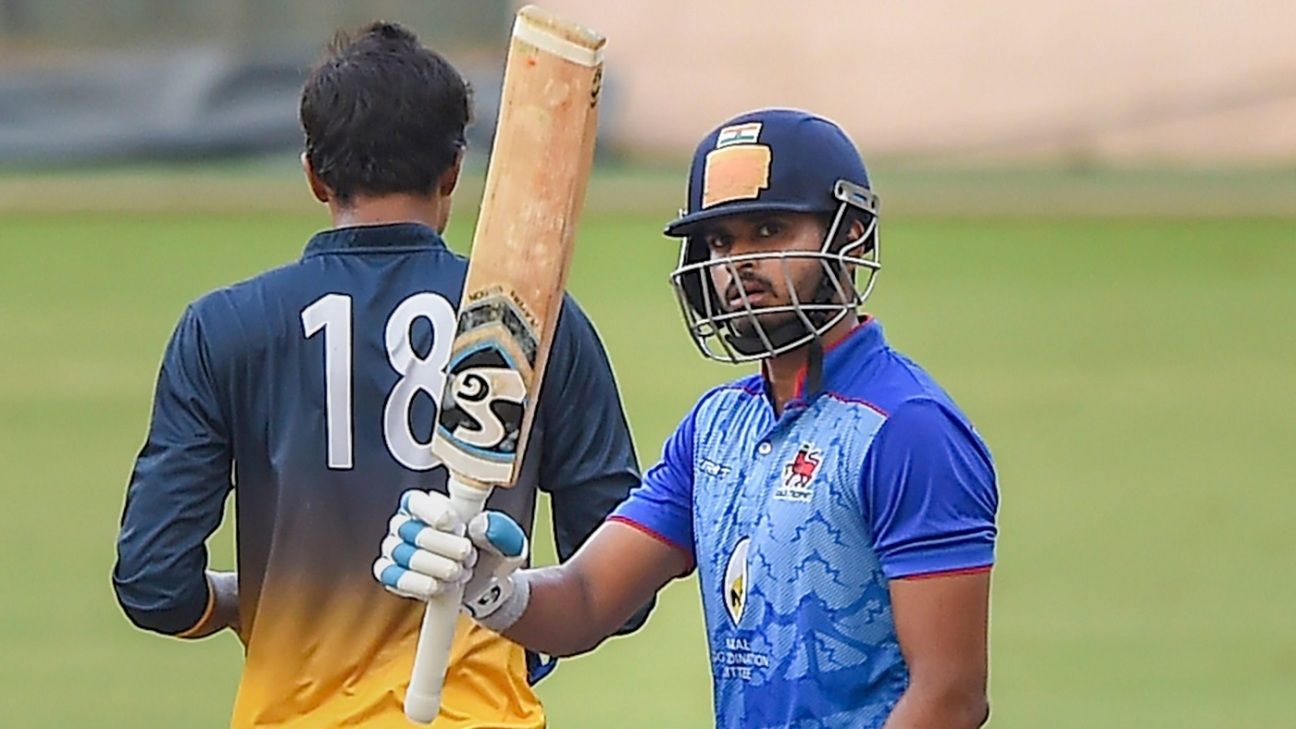 Half-centuries from Ajinkya Rahane, Hanuma Vihari and Shreyas Iyer carried India A to 303 for 6 and a 2-0 lead over England Lions in Thiruvananthapuram.

After being sent in, India A lost Anmolpreet Singh for 7 in the fifth over, but captain Rahane raised his second successive fifty-plus score to lay the base for a tall total. In response, England Lions were dismissed for 165 in 37.4 overs, with spinners Mayank Markande, Axar Patel and Vihari sharing six wickets among them.

Vihari played a bigger role with the bat, making 92 off 83 balls in a 181-run stand for the second wicket with Rahane, who ended with 91 off 117 balls. Iyer provided the finishing kick with 65 off 47 balls, including five fours and two sixes, before falling to seamer Lewis Gregory in the final over of the innings. Seamer Zak Chappell and left-arm spinner Danny Briggs were the only England Lions bowlers to concede less than six runs an over.

The visitors lost Ben Duckett to seamer Deepak Chahar in the fifth over and although Alex Davies, the other opener, top-scored with 48 off 63 balls, the chase spiralled out of control. Legspinner Markande and left-arm spinner Axar took care of the middle and lower order.

Gregory hit 39 off 46 balls – the second-highest score for England Lions – before he was the last man dismissed. Barring Davies and Gregory, no other England Lions batsman scored more than 20.