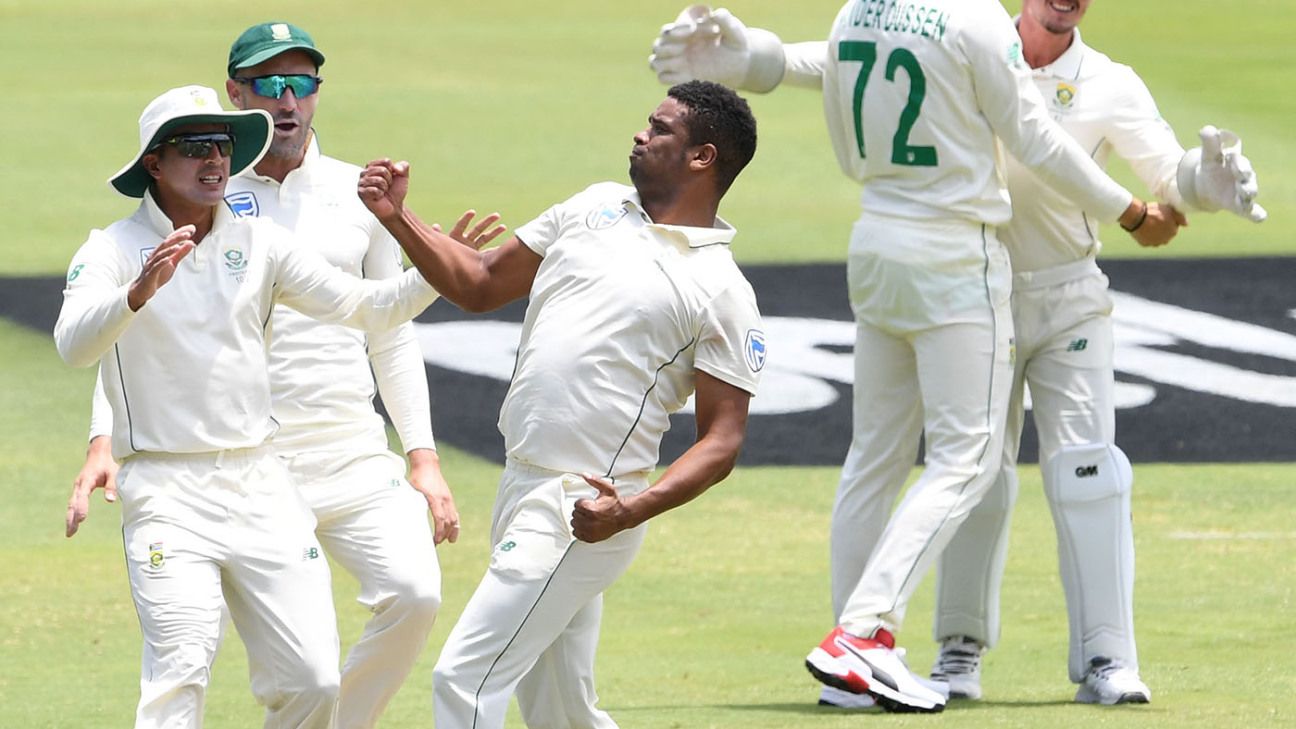 South Africa is home to the world’s oldest and largest paved ultra marathon, the Comrades Race, the person who can do the most consecutive one-handed back handsprings, 34, and the most surfers to ride the same wave simultaneously, 110. It also holds the joint-biggest winning margin in a rugby world cup final, 32-12 in 2019, and the fastest century-maker in ODI cricket, AB de Villiers, whose hundred against West Indies in 2015 came off just 31 balls.

In this country, sport is not subtle. We like our batsmen to be bullies and our bowlers to be brutes.

So when Vernon Philander seamed his way to the top of the 2009-10 first-class wicket-takers’ list with 45 from nine matches at an eye-watering average of 14.73, we thought it was nice, but nothing more. We vaguely remembered Philander as an allrounder from a random tri-series in 2007 where the most notable thing he did was drop a few catches and we were preocccupied with the fire and brimstone in the form of Dale Steyn and Morne Morkel, who were emerging as the successors to Shaun Pollock and Makhaya Ntini. As for the third prong… well, we were trying a few things.

The same summer that Philander tore up the domestic charts, three other bowlers – Friedel de Wet (fast but injury hampered), Ryan McLaren (consistent but pedestrian) and Wayne Parnell (left-arm, wild) – and then in the winter that followed, Lonwabo Tsotsobe (also left-arm, less wild) were capped. Philander did not even enter the conversation. Looking back, it seems amiss that his name was not front and centre of selection debates and media coverage and that it took a new coaching regime to bring him to the fore.

Gary Kirsten, who played alongside Philander at Western Province in the last two seasons of his career, was appointed coach at the start of the 2010-11 summer and immediately brought Philander in. Graeme Smith called him the “last cog in the wheel,” and in his first three series, Philander was the whole damn vehicle.

His 14 wickets in two Tests against Australia was followed by 16 wickets against Sri Lanka in the same number of matches and 21 against New Zealand. In seven Tests, he collected 50 wickets, the fastest bowler to reach the milestone in more than 100 years, and he did all that without doing anything too emphatic. Philander’s strength was his ability to land the ball in the same area over and over and over again and then make it move ever so slightly one way or the other. People talk about bowlers who have the ball on a string; Philander had it on a golden thread.

The expectation that he would continue to weave magic at the same rate was grossly unfair and ultimately impacted his reputation. Of course, Philander would not continue to average more than seven wickets a Test (and he now sits with around half that number) which led to accusations that he was a one-trick pony who could only perform on the green grass of home.

Philander defied that at Lord’s in 2012, where his seven wickets and maiden half-century won South Africa the Test mace, but in Australia, three months later, David Warner hinted that Philander sat out the Adelaide Test because the pitch was expected to be flat. Officially, Philander had a back injury. Warner said he saw him in the nets in the same match and believed he was hiding from a surface that wouldn’t suit him. Another player, a Steyn or a Kagiso Rabada, would use that as ammunition for an on-field joust. Not Philander.

Despite his reputation for “always being up for a fight,” as Quinton de Kock put it, and the words we have often seen him mumbling on the field, Philander’s spats have been relatively old-school and clean. Except for that time when he gouged his thumb into the ball in Sri Lanka in Galle mid-2014 and was found guilty of ball-tampering. Philander was unlikely candidate for such an obvious offence and he accepted the charge without contesting it.

The Sri Lanka series was in the midst of Philander’s mid-career slump, which lumped on and off-field issues on top of severe injury. In 2014 and 2015, Philander took only 21 Test wickets at an average of over 40 in both years. He was experimented with in ODI cricket again and was part of the 2015 World Cup squad, where he played three group stage matches and then picked up a hamstring injury. Despite that, Philander was included in the XI to play in the semi-final (under political pressure over transformation) ahead of Kyle Abbott, who was South Africa’s best bowler at the tournament. Abbott expressed his unhappiness at that decision two years later, when he signed a Kolpak deal despite nailing down a regular Test spot. No-one ever asked Philander what he felt in the aftermath. Used? Betrayed? Whatever it was, he didn’t say.

Instead, he went on two more tours of the subcontinent, committed to improving his record. It was not to be. The Bangladesh series was washed out and Philander had to abort his India trip after turning his ankle during the football warm-up ahead of the Bangalore Test. He was out of action for nine months. That period marked Philander’s most vulnerable. He spoke about the struggle of learning to trust his ankle again and the way he spoke, it seemed likely he may not return.

Philander is a complex character who is much softer than his rough edges suggest. He does not play into stereotypes people want to associate with him, as someone from the rougher part of the Cape. He is socially conscious and community driven, having started his own Cricket Academy which aims to take the game to places it might not otherwise reach. The most common theme on Philander’s Twitter account is respect, which is ironic considering how much he deserves. It was among the first things Faf du Plessis mentioned when asked how the team would like to send Philander off.

Let the most important part of SA start right here. Treat and RESPECT each other as south africans… no matter your culture, religion or race. Lets teach and help those less fortunate. Good luck to the winning party and may you serve SA well. I RESPECT YOU SA. God bless

Even though the latter stages of Philander’s career were marred by fitness concerns (he missed a crucial Test in England in July 2017 after recovering from dehydration and then picking up back spams) and he had diminishing returns in his third and fourth spells, he remains South Africa’s most devastating new-ball operator. Naturally, that had its limitations and meant that Philander could be seen as a liability in some cases (you only have to think back to the St George’s Park Test for an example) but those occasions were rare.

Most of the time, Philander was dictating the opening exchanges of an innings. If he wasn’t raking wickets, he was holding his end as tightly as the embrace of a parent, seeing their child off to school for the first time, and letting the younger, faster, more explosive bowlers do their things at the other end. Philander’s presence added gravitas and control to the attack and his contributions in the lower middle-order showed his willingness to stay in the fight. Philander didn’t show his emotions as expressively as some of his team-mates but he showed them with his staying power.

The problem is that persistent players are not as memorable as headline-grabbers and so Philander is often eclipsed by others, especially in a country so drawn to drama. It’s also a South African deficiency that great sportsmen only get recognition once they are gone and Philander is likely to be one of those good things we never really appreciated while we still had him. As it turns out, we’ve been doing subtle since 2011; we just didn’t know it.

Lack of games an issue as Bangladesh await uphill task
Objective is ‘to play like the world’s No. 1 Test team’ in New Zealand – Ravi Shastri
Chance of historic leap depends on which India show up
Ishant Sharma to undergo fitness test on February 15
Foakes and Jennings on the rise, Bairstow and Moeen slide from view