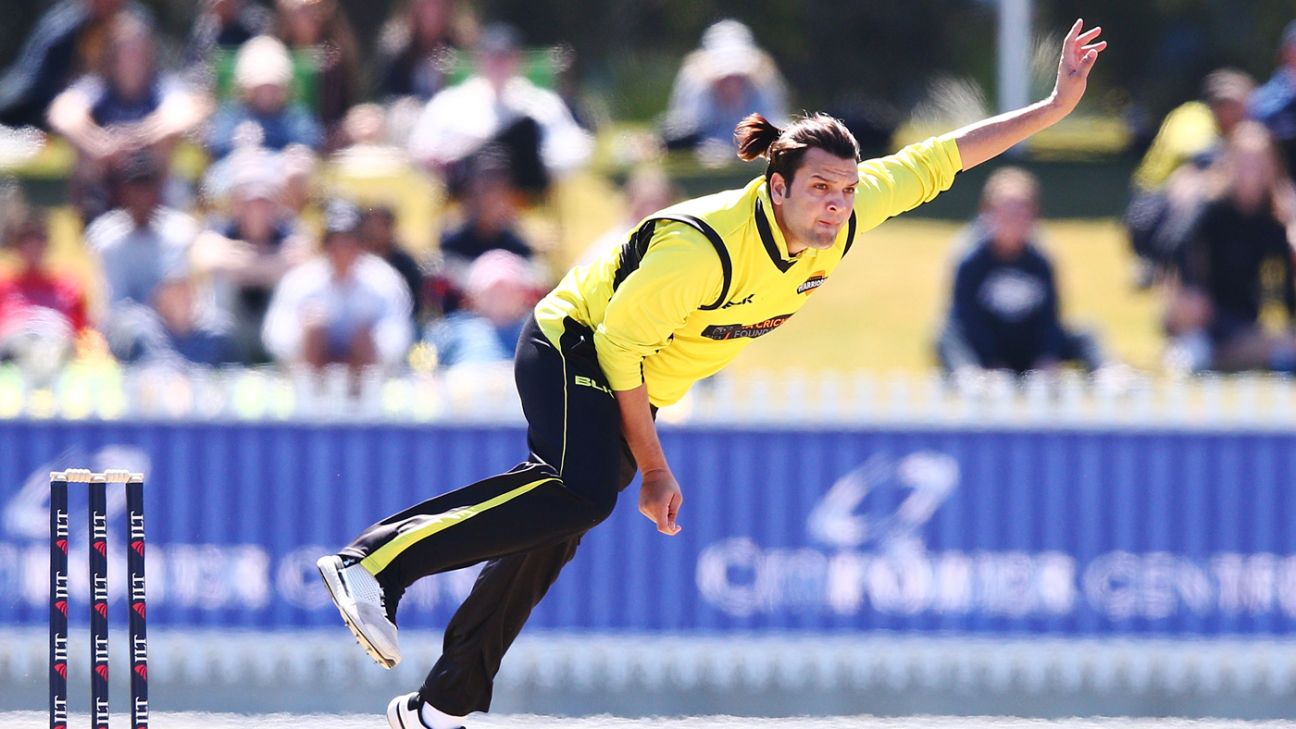 “Tell me which wristspinner we have in this country,” Misbah-ul-Haq demanded to a packed press conference room on October 9. “24 first-class teams have been playing for many years. Tell me one wristspinner who’s been playing whom we aren’t picking. Just give me one name. One name who has been playing in domestic cricket who we have not been ignoring in favour of Shadab [Khan].”

When a journalist, perhaps facetiously – certainly timidly – whispered “Usman Qadir“, it caused a ripple of laughter to break out in the room. Even Misbah, uncharacteristically irascible on the day (who wouldn’t be having suffered a whitewash?) allowed himself a smile before returning to the point he had been making.

“Where has Usman Qadir been playing? Has he been playing first-class cricket? We can only pick the players we have. We need to groom players right from the outset, and we have agreed to give any opportunities to any wristspinners who are available so we can groom a back-up. We don’t have a back-up for Yasir [Shah], nor for Shadab. We just don’t have anyone available.”

Twelve days on, Misbah, looking somewhat closer to his usual, unflappable self, sat in the same room, in front of more or less the same journalists, reeling off the names of the men selected for the two series in Australia next month. It was a barnstormer of a squad announcement; there were so many surprise picks – Khushdil Shah and Kashif Bhatti for example – that journalists were sent scurrying to obscure domestic scorecards they had never previously taken an interest in. Others, like Mohammad Irfan and Imran Khan Jnr, tested their memories; when had they last played for Pakistan?

Meanwhile, Misbah droned on with the enthusiasm of a geography teacher talking about the formation of sedimentary rock. “Musa Khan, Shadab Khan, Usman Qadir, Wahab Riaz.”

Wait, what? Usman Qadir? That chap who had left Pakistan to try and qualify for Australia? The player who had, finally disillusioned by the lack of opportunities afforded to him in Pakistan, declared he didn’t “want to play for Pakistan“? The very mention of whose name had caused Misbah to literally LOL?

What happened in those two weeks, then? Well, for starters, Usman came back to Pakistan and played in the T20 Cup in Faisalabad. While he didn’t set the world – or even Faisalabad for that matter – alight, the paucity of legspinners Misbah had correctly pointed out meant Pakistan couldn’t exactly be picky. He took four wickets in three games for Central Punjab, and, by all accounts, impressed the selectors, who felt his experience of playing in Australia might be useful in the T20Is.

Still, Usman hadn’t enjoyed the best year with Western Australia since declaring he wanted to qualify for their international side. The Big Bash League, in particular, for which Perth Scorchers coach Adam Voges had so eagerly signed him, was a significant anti-climax for a bowler that had so impressed the league’s most successful side they had broken with normal convention to sign him. Just six wickets in seven games with an economy rate of 8.45 saw Usman lose his place in the team. A speeding fine that caused the WACA chief executive to express her disappointment just as he was losing form didn’t help, and he was let go by Western Australia at the end of the season.

Not even an Australian citizen yet, international selection was nowhere near in sight. The return to Pakistan, eventually, came in circumstances far more important than how well he used his wrist to turn a cricket ball, and for more devastating than the trivial comings and goings of form.

On September 6, Usman’s father Abdul Qadir – you know the one – died suddenly of a cardiac arrest in Lahore. The man who had kept stalling Usman’s desires to go and play for Australia – Abdul Qadir always wanted his son to give himself the best possible chance to play for Pakistan – had a tenuous relationship with the PCB in his final years, and while many felt it was nepotism that had gained Usman his chance in the first place, the 26-year old considered the connection had as much hindered his career in Pakistan as helped it.

“Unfortunately, I have a big name with me,” Usman told ESPNcricinfo in December last year. “It’s quite difficult if I talk about my father. I don’t want to do that. In Pakistan I didn’t play lots of cricket. That’s why I did not get opportunities. So that’s why I moved to Australia.” Why he wanted to play for Australia then, he had said, would take two or three hours to answer.

Since his father’s passing, however, Usman is believed to have become more sympathetic to playing for the land of his birth, more determined to follow in the footsteps of the man who inspired him to take up the game, and who wished, more than anything else, to see him play international cricket.

“I was desperate to play international cricket for a long time,” Qadir told the PCB website. “That was my central goal. It was my dad’s dream to see me play for Pakistan one day. I can’t be as good as my father but I’ve worked on what he taught me. I didn’t know how to bowl the slider, and I still don’t know how to bowl the googly like he did, but I’m trying to master it. I have a bit of experience of bowling legspin to Australian batsmen, and should I get the chance, I’d love to prove my worth.”

Should Usman earn his maiden international cap in Australia on this tour, there will be millions watching on the other side of the world, transfixed by the son of the man who taught them legspin was an art worth cherishing. The call-up comes a few weeks too late for the man himself to watch on with them, but wherever he is, you’d imagine he’d be feeling pretty vindicated right about now.