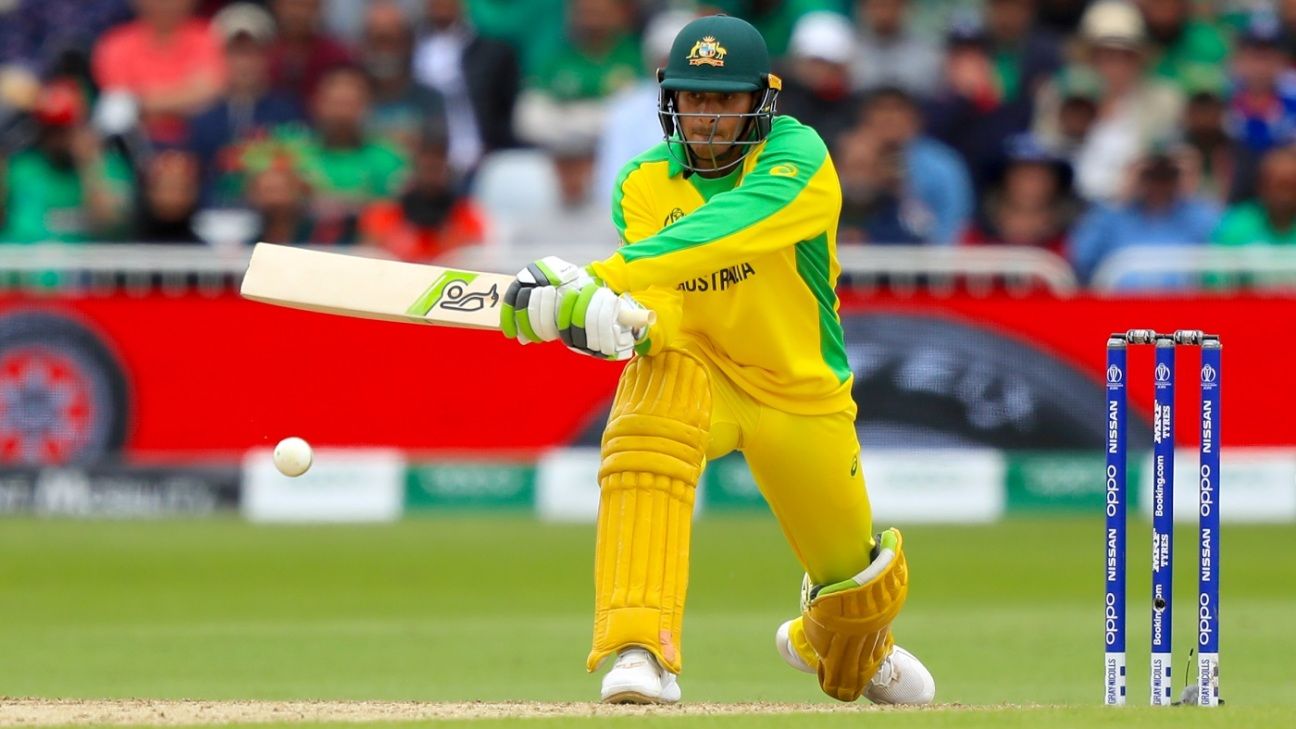 Usman Khawaja has spoken of his “shock” at being omitted from Australia’s one-day squad for the tour of India after being the team’s second-highest run-scorer in 2019.

Khawaja was one of seven members of the World Cup squad that did not make the new-look team for the three-match tour of India next month.

It follows his omission from the Test side during the Ashes which continued into the current season after a lean start to the Sheffield Shield meant he did not make the Pakistan or New Zealand series.

However, his one-day form had been much more compelling with 1085 ODI runs at 49.31 for the year – making him the sixth-highest scorer overall – followed by a strong Marsh Cup campaign with 398 runs at 79.60.

“In all honesty I wasn’t expecting to be dropped,” Khawaja said after making 66 in the Sydney Thunder’s victory over Melbourne Renegades. “Normally when you’re getting dropped, you feel like there’s a chance. When I was at the Ashes over there, I thought, ‘there’s a chance [of getting dropped] here.’ You sort of see it coming.

“I didn’t really see this one coming. It took me by a little bit of shock.”

“They can’t really tell me to score more runs because I’m one of the highest run-scorers in international cricket. I scored plenty of runs and did plenty well when I came back here, so I don’t think there was too much they could say, and there wasn’t too much I wanted to say back to them.

“It’s disappointing, I copped it on the chin and I’m just looking forward to playing for Thunder now.”

Shaun Marsh, Glenn Maxwell, Marcus Stoinis, Nathan Coulter-Nile and Jason Behrendorff (injury) were the other players to miss the India trip as thoughts start to turn to the 2023 World Cup.

“It’s going in the direction we want to go over the next three and a half years to the next [50-over] World Cup,” captain Aaron Finch said. “And while you don’t look that far ahead right now, still have one eye on the planning towards it and build towards there.”