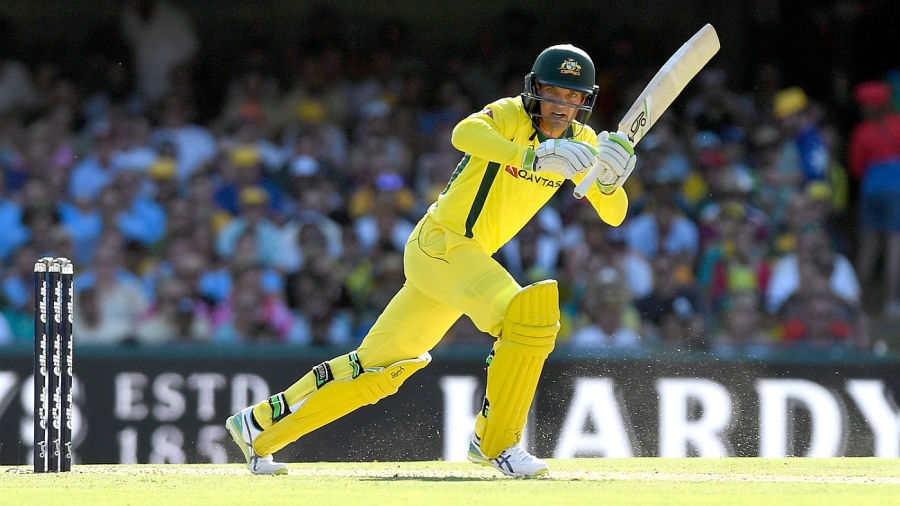 In his 100th ODI, Aaron Finch called correctly, as Australia elected to bat first in Hyderabad. The dryness of the surface, he felt, would help give their bowlers a slight edge later while defending.

Virat Kohli felt the exact opposite, saying the ball would come on nicely and he would’ve bowled first. This meant both captains got what they wanted at the toss.

“We’ve made some good ground in ODI cricket, even though we were beaten by India at home,” said Finch, who announced the inclusion of wicketkeeper Alex Carey in their XI. Peter Handscomb, who donned the gloves during their T20I series win, will play as a specialist batsman.

Marcus Stoinis was slotted down the order, with Usman Khawaja opdninb with Finch. Australia handed a debut to Western Australia batsman Ashton Turner to further strengthen their middle order. Jhye Richardson was left out to manage his workload, a prospect coach Justin Langer hinted at after the T20Is.

India separated their wristspinning duo by handing Yuzvendra Chahal a break and Ravindra Jadeja an opportunity to partner Kuldeep Yadav in the spin department. Vijay Shankar and Kedar Jadhav’s inclusion meant India went in with as many as three allrounders, further strengthening their batting.

India also resisted temptation to give KL Rahul, coming off two handy knocks in the T20Is, an opportunity in the middle order. They persisted with the in-form Ambati Rayudu, who made a vital 90 on a green top in his previous ODI appearance in New Zealand.