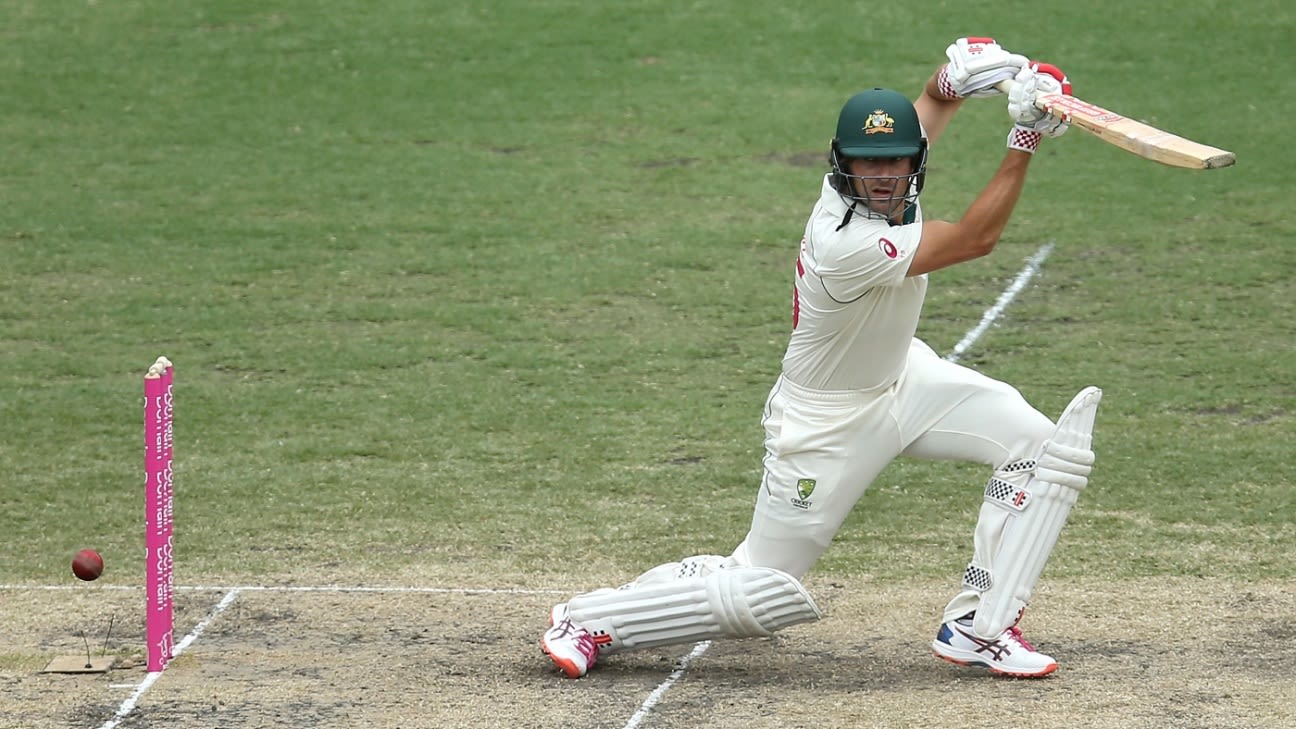 Usman Khawaja and Marcus Stoinis have lost their Cricket Australia contracts after falling out of favour with the national selectors over the past 12 months, leaving both with a particularly steep battle to return to international cricket whenever it resumes after the coronavirus pandemic.

Alongside Nathan Coulter-Nile, Peter Handscomb, Marcus Harris, Shaun Marsh, Ashton Turner and the retired Peter Siddle, Stoinis and Khawaja were broadly expected to be missing when the list was announced on Thursday, but their absence for the first time in some years underlined how far they have fallen in the eyes of the national team coach Justin Langer and the selection chairman Trevor Hohns – himself currently out of contract.

Both were considered central figures in the national team as recently as last year’s World Cup in England. Stoinis endured a poor tournament, did not play another international and was used in a very different role, as a non-bowling opening batsman, by the Melbourne Stars in the Big Bash League last summer. Khawaja’s absence from the Cup semi-final loss to England was described as crucial by Langer, but he too fell from prominence in a difficult Ashes series for batsmen, losing his No. 3 spot to Marnus Labuschagne by the end of the series.

Labuschagne’s first full CA contract represents his own rapid rise as one of Australia’s most reliable batsmen, with Ashton Agar, Joe Burns, Mitchell Marsh, Kane Richardson and Matthew Wade also receiving call-ups after being upgraded from state deals to incremental central contracts over the preceding year.

Contracted players are believed to have been advised they have earned their contracts in writing, but are yet to find out what their ranking is or what their contract retainer amount will be. CA remains locked in discussions with the Australian Cricketers Association and the states over financial changes devised to prepare for the effects of the coronavirus pandemic.

“We feel all deserve their inclusion recognising the performances of those players in the past 12 months and, as importantly, what they can offer in the next 12 months,” Hohns said. “Marnus’ rise has been meteoric and well documented, Joe has been a good Test match player, Ashton Agar’s form in T20 internationals has been exceptional, while Kane Richardson has been outstanding in the 20-over and one-day games.

“Matthew Wade’s summer showed he is not only a tough but a good Test player for us. His form extended into white ball cricket late in the summer, earning him well deserved call ups to the one-day and T20 Australian squads. After missing the list last year Mitch Marsh’s recent form showed he has a lot of international cricket ahead of him as a batting all-rounder. Mitch proved this with his man of the match performance against New Zealand at the SCG in the last game Australia played and a five-wicket haul in the last Test match he played on the Ashes tour.

“There is a lot of cricket on the horizon across all three forms of the game including an ICC T20 World Cup, home Test summer against India, one-day matches and a tour of South Africa. For that reason, it’s important to find a strong balance and a list which covers all forms of the game. With many of the squad crossing into all three formats it gives us the benefit of being able to add in specialists depending on the opposition and the conditions. The depth of this squad and the success of the past 12 months gives us that solid base.”

Handscomb, Harris and Shaun Marsh have all been moved past by others in the batting stakes, while Mitchell Marsh has effectively replaced Stoinis as the selectors’ allrounder of choice. Turner, who burst onto the international scene on the ODI tour of India in early 2019, has had a difficult subsequent 12 months due to shoulder problems, but will likely remain in the selectors thoughts. Glenn Maxwell has retained his spot on the list ahead of the T20 World Cup.

“As Mitch Marsh and Matthew Wade have proven there are always plenty of opportunities for those who have missed out to be reselected by performing consistently at domestic level; and importantly to make the most of any opportunity that comes there way at international level,” Hohns said. “As is always the case there are unlucky omissions but, however, because you are not on the list does not mean you cannot be selected to represent Australia.”