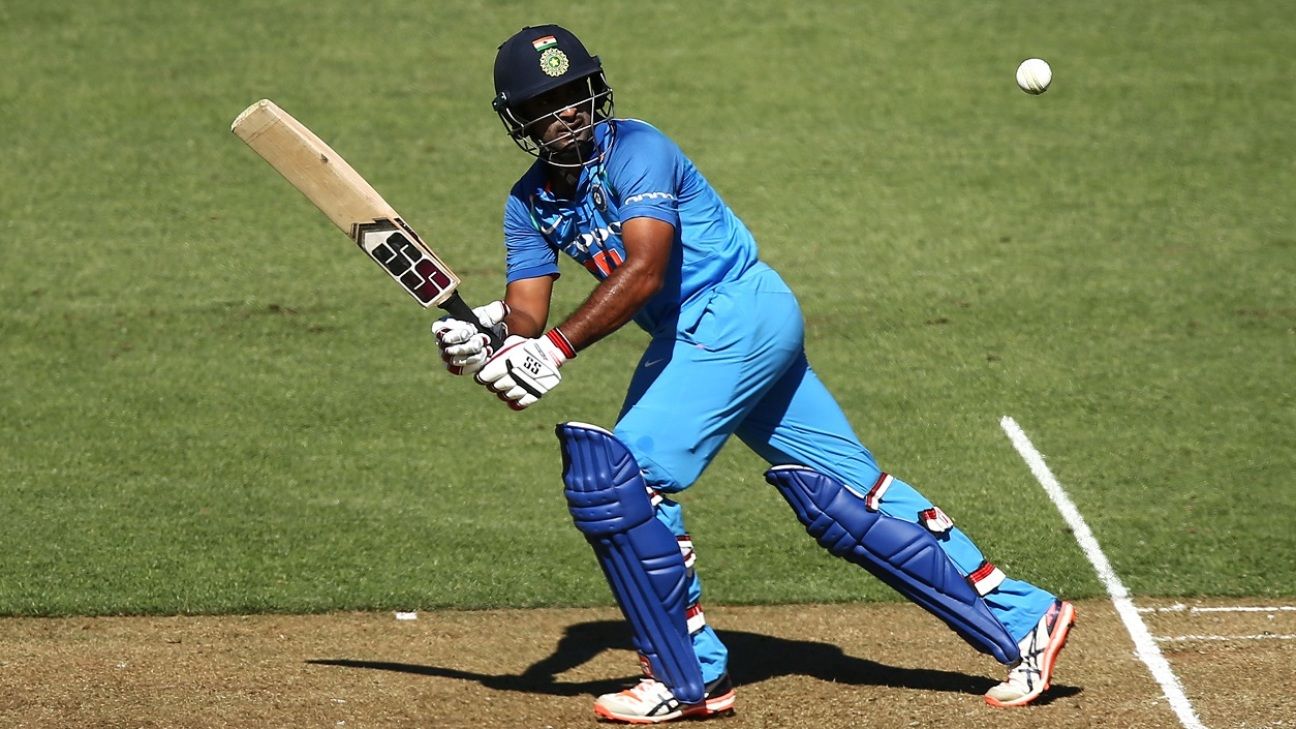 Ambati Rayudu has opted out of representing Hyderabad in the upcoming Ranji Trophy season. Rayudu had come out of retirement only in August, a few months after he had ‘retired from all formats’ following his non-selection in India’s squad at the 2019 World Cup. According to an interview with Telangana Today, Rayudu said “a lot of politics” in the team made it “uncomfortable” for him to represent Hyderabad.

Rayudu, who was Hyderabad captain in the Vijay Hazare Trophy and Syed Mushtaq Ali Trophy, said: “In all honesty, I was looking forward to play for Hyderabad in Ranji Trophy this season. But unfortunately, the script did not go on the expected lines. There is a lot of politics in the team and the atmosphere was not conducive for good cricket. I felt very uncomfortable.”

Rayudu even tweeted to Telangana’s Municipal Administration and Urban Development minister KT Rama Rao on Saturday, asking him to look into the “rampant corruption prevailing at HCA.”

Hello sir @KTRTRS, I request u to plz look into nd address the rampant corruption prevailing in hca. Hw can hyderabad be great when it’s cricket team is influenced by money nd corrupt ppl who hav numerous acb cases against them which are being swept under the carpet.

In the Telengana Today interview, Rayudu said that he had informed Hyderabad Cricket Association (HCA) president Mohammad Azharuddin, who took over the role in September, about his decision, and felt “election promises” got in the way of the team’s progress. He even alleged that “rich, influential and politicians’ children” get preferential treatment for selection into the Hyderabad team.

“I did have a talk with the president. He always said he was trying his best. But it never happened,” Rayudu said. “I feel he should have initiated stronger measures but he did not do that. I feel there were more election promises and as a result, the game suffered.

“It hurt me a lot. A few players, who did not deserve to be in the team, were included in the team because of the election promises. If this happens, how can a team improve? My hands were tight (sic) for the playing eleven when it came to few players and they were untouchable during the T20 Syed Mushtaq Ali tournament.

“If you look at the team, some of the players are selected because of the influence of some club secretaries. Sometimes, merit takes a back seat. This is unfortunate. Rich, influential and politicians’ children get preferences in Hyderabad teams. This is a true fact. We have to stop this buck. Since someone had to speak out, I thought I should do this. This is how bad the system has become in HCA.”

Rayudu was also displeased at the choice of Arjun Yadav, the former Hyderabad allrounder, as coach. Rayudu claimed Arjun became coach due to the influence of his father, the former BCCI interim president Shivlal Yadav.

This is not the first time Rayudu and Arjun have made news together. During the 2005-06 season, Arjun, who was then the Hyderabad captain, and Rayudu, then playing for Andhra, had been involved in a physical altercation during a Ranji Trophy match.

“He is not a qualified coach and has conflict of interest which has not been addressed yet,” Rayudu said. “He is not fit to be the Ranji coach. It is because of his father’s influence he has been able to become the coach. I feel it was an election promise to make him (Arjun) as the coach.”

In Rayudu’s absence, left-hand batsman BP Sandeep, who was Hyderabad’s highest run-scorer in the Syed Mushtaq Ali Trophy, will take over as captain.