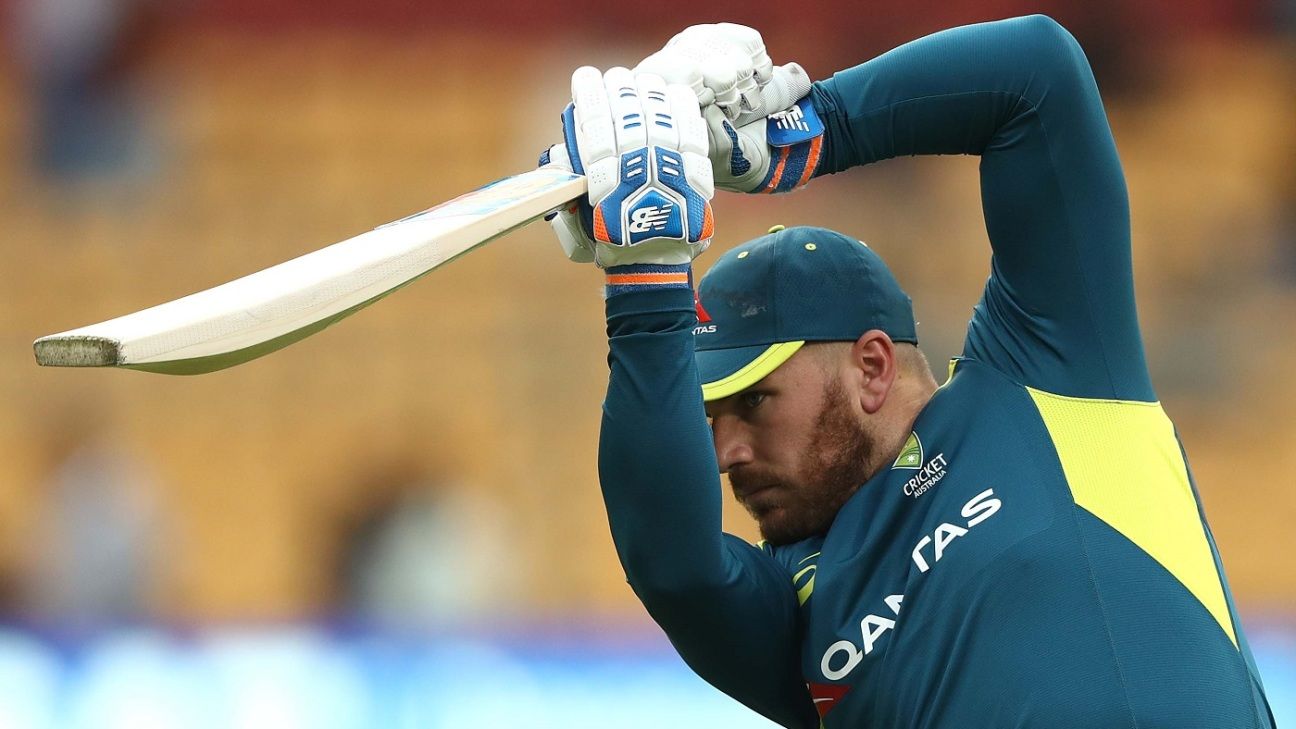 Australia’s attack on tour in India is already depleted in the injury-enforced absence of Mitchell Starc and Josh Hazlewood. Under the circumstances, they certainly don’t want to risk losing Pat Cummins too in the lead-up to the World Cup. With Australia set to play back-to-back five-match ODI series in India and then against Pakistan in the UAE, their captain Aaron Finch said that Cummins might be wrapped in cotton wool at different points over the next ten-match period.

Cummins had also been rested for the limited-overs leg of the home series against India. He then played just a solitary game for Sydney Thunder in the Big Bash League, but said that he wasn’t keen to be rested again despite a packed season in England – which includes the World Cup and Ashes – looming.

“He bowled a lot throughout the Australian summer, the Indian series, and the Sri Lankan series as well,” Finch pointed out. “That [resting Cummins] will be something that will have to be managed over these ten ODIs that are in pretty quick succession.

“And then having April with no cricket scheduled there is going to be really important for guys like Pat to freshen up and for guys like Mitchell Starc to get some good workload in.”

Nathan Coulter-Nile, too, has had a history of injuries, particularly back problems, and after Starc and Hazlewood return from their injuries, Finch said Australia would need to rotate their quicks and keep them fresh.

“It’s going to have to be a balancing act with all the fast bowlers because playing ten ODIs in a month or even a bit less is uncharted territory for us as well,” he said. “So there’ll be a bit of mixing and matching.”

Finch, himself, is walking a tightrope as a captain who is searching for form. A reporter even asked him if he was the real captain or a temporary one?

A poker-faced Finch responded: “No no, I’m the captain”, and outlined the challenges facing Australia’s batting line-up.

New dad Shaun Marsh is coming off a hamstring injury and the visitors have decided against rushing him into action within hours after joining the roster. Marcus Stoinis had a blockbuster season at the top of the order for Melbourne Stars at the BBL, but he misfired for Australia while opening the batting in the T20I series. Wicketkeeper-batsman Alex Carey, who was left out of the XI in the T20Is, has been confirmed to return to the side for the first ODI.

Meanwhile, Finch, who had batted in the middle order in the T20Is, is set to return to the top, but who will partner him?

“Do we keep going with Stoinis at the top? He’s been so destructive in the middle order and the back end of the innings when he’s played, so there are a few questions,” Finch said. “Shaun’s not available for selection tomorrow. Obviously, he’s getting off the plane and coming off a hamstring injury as well, so we’re going to take the conservative approach with him and make sure he’s right to get through the remaining eight or nine games, whenever he’s fully available. Whether it’s Uzzie (Usman Khawaja) or Stoinis at the top with myself, we’ll wait and see.”

Australia’s middle order is in healthier shape with Glenn Maxwell teeing off and Peter Handscomb adept at keeping the scorecard ticking as well. The gloves will switch again – from Handscomb to Carey – but Finch reckoned that Handscomb’s sure-footed approach against spin could prompt the management to play him as a specialist batsman to counter India’s wristspinners Kuldeep Yadav and Yuzvendra Chahal.

“Yes, Pete is a very good player of spin, we have seen that he got a 70-odd in Melbourne [Sydney], (http://www.espncricinfo.com/series/18693/scorecard/1144997/australia-vs-india-1st-odi-india-in-aus-2018-19) and Maxwell is in really good form,” Finch said. “Alex Carey is a really good player of spin. They [Kuldeep and Chahal] are a big threat; they have had the better of us in the last couple of times. We have been working hard on that, there are definitely plans in place and the improvements we have made and the gradual improvements in the last six or seven months have been so important and we are really keen to progress on that.”

Finch was particularly thrilled at the prospect of Ashton Turner, the Perth Scorchers finisher, making his ODI debut in this series. Turner has a reputation of being a chasing mastermind (http://www.espncricinfo.com/story/_/id/25831500/bits-pieces-allrounder-finisher-rise-ashton-turner) and is a fine runner between the wickets – a trait that has impressed coach Justin Langer, who has also worked with him at Western Australia.

“Ashton Turner is one guy that is going to get his chance to make his debut in ODI cricket,” Finch said. “We have seen his game smarts in domestic cricket in Australia, so really excited to see him go well in international cricket. He is such a talented player, he is a diverse player – he can bat in the top couple, he can bat in the middle, and his game smarts are really good. So, he can manage his situations well.

“I think he is going to be a real important player for us and someone I’m very excited to see.”