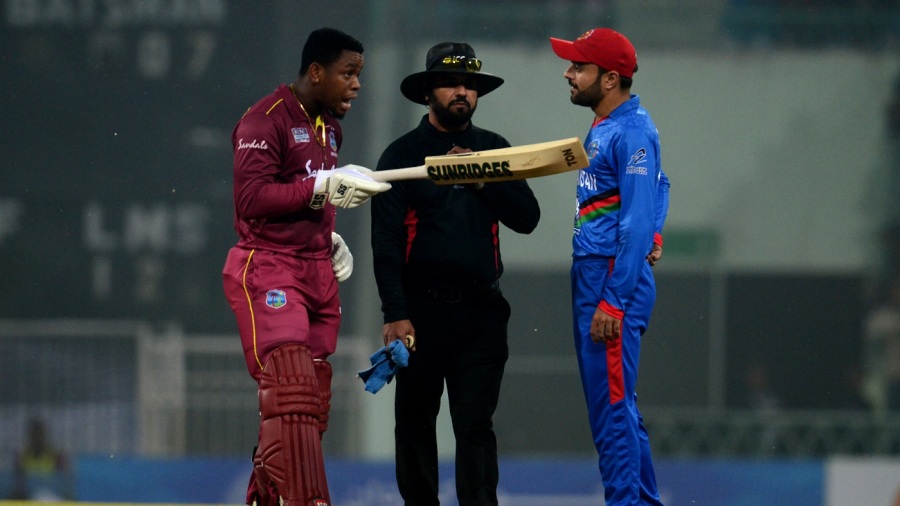 Afghanistan captain Rashid Khan once again opted to bat after winning the toss in the third and final T20I in Lucknow with the series on the line.

Kieron Pollard said he also wanted to bat first as the teams batting first have gone on to win the first two games despite dew later in the evenings. West Indies won the first T20I by 30 runs before Afghanistan bounced back to trounce them by 41 runs and draw level.

West Indies made three changes to their XI. Lendl Simmons and Khary Pierre replaced Sherfane Rutherford and Hayden Walsh Jr, while Shai Hope came in for injured Denesh Ramdin, who has a left hamstring injury. Afghanistan were unchanged.

The match is being played on the same pitch that hosted the second T20I where West Indies failed to chase down 148.