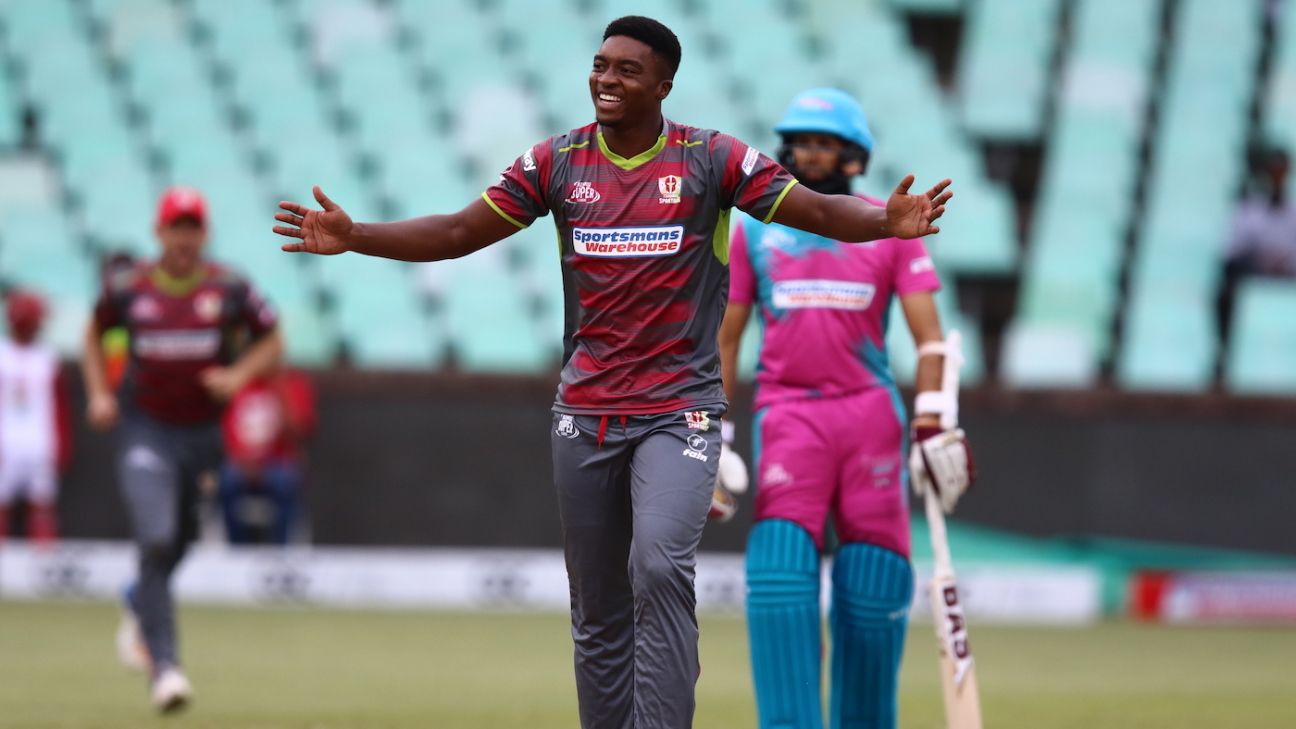 Uncapped 20-year-old fast bowler Lutho Sipamla has been picked in South Africa’s squad for the three-match T20I series against Pakistan, which begins on February 1. Sipamla was rewarded for his excellent performances in the Mzansi Super League (MSL), where he was the third-highest wicket-taker with 16 scalps in 10 matches at an economy rate of 8.89.

Sipamla’s pinpoint yorkers and rapid bouncers stood out in particular in the MSL, along with a cool head when batsmen looked to take him on.

“Lutho made a very good impression in the Mzansi Super League which is making a big contribution to our talent pipeline in helping to bridge the gap between franchise and international cricket,” convener of selectors Linda Zondi said.

Also in the squad were Gihahn Cloete, who has played one T20I against Zimbabwe late last year, and Rassie van der Dussen, who recently impressed in his first two ODIs against Pakistan. Cloete is the third wicketkeeper in the squad behind Quinton de Kock and Heinrich Klaasen.

“We will be giving Gihahn the opportunity to keep wicket as part of our strategy to build up the depth in the wicketkeeping position to back-up Quinton de Kock with both Gihahn and Heinrich Klaasen capable of holding down positions as specialist batsmen,” Zondi said.

Allrounder Wiaan Mulder, who has recovered from ankle injury, also returned to the squad. He has played seven ODIs so far, but is uncapped in T20I cricket. Andile Phehlukwayo and Chris Morris are the other allrounders in the side.

Left-arm quick Beuran Hendricks, who last played a T20I in 2017, will form the seam attack with Junior Dala and Sipamla. Left-arm wristspinner Tabraiz Shamsi is the only spinner in the squad while captain Faf du Plessis, de Kock and David Miller will lead the batting line-up.