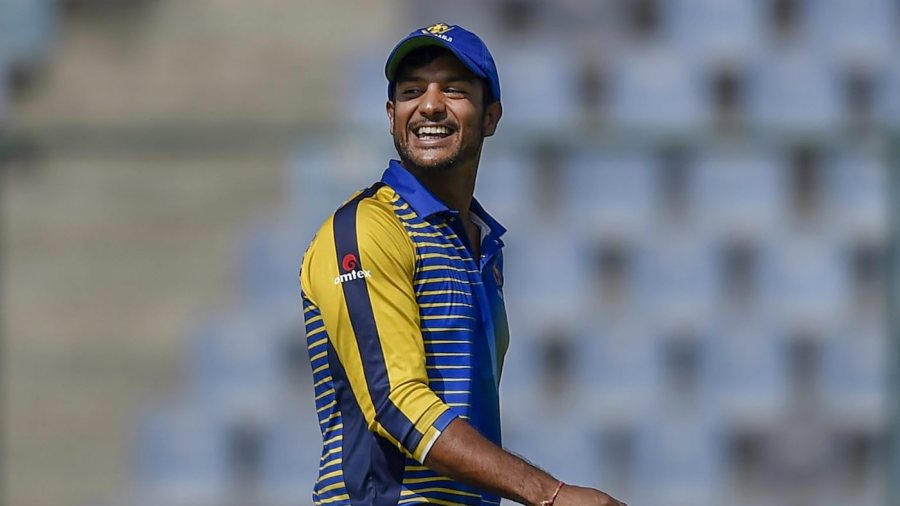 Karnataka trounced Maharashtra to clinch their maiden domestic T20 title in Indore. In doing so, they extended their T20 winning streak to 14 matches, the joint-highest winning streak for an India-based side along with Kolkata Knight Riders.

The IPL franchise, incidentally won their second IPL title in 2014 during this run after Manish Pandey struck a match-winning 94 then. Incidentally, it was Pandey at the forefront for Karnataka, leading them to their first domestic title since they won the Vijay Hazare Trophy in 2017-18.

While this was in no way a balm to sooth their disappointment of crashing out of the Ranji Trophy in the semi-finals stage for two seasons back-to-back, the emergence of a young batting group would please the team management, headed by former Karnataka and Railways strongman Yere Goud and former fast bowler S Aravind.

While it was Mayank Agarwal, who capped off a relatively lean tournament with a sparkling unbeaten 85 in the final to make a mockery of a 156 chase – Karnataka won by eight wickets and nine balls to spare -it was rookie Rohan Kadam who led their batting charts all through.

Kadam, a 24-year old left-hander whose batting style elicits comparison with Mumbai stalwart Abhishek Nayar, set the tempo at the top to make a destructive 39-ball 60 in a 92-run second-wicket stand with Agarwal off just 61 deliveries. Kadam finished the competition as the highest run-getter: 536 runs in 12 innings at a strike rate of 129.78. In all, he stuck five fifties and a century in his first full tournament for Karnataka.

It was a comeback of sorts for him, given he was nowhere in the state reckoning after making 17 in his only List-A appearance two years ago. In KL Rahul and R Samarth’s absence, he played the role of an enforcer at the top, providing momentum for the middle order. Pandey, handed Karnataka’s captaincy full-time, aggregated 331 runs in eight innings at a strike rate of 171.5.

It wasn’t just their batting that clicked. The bowling, with the presence of experienced R Vinay Kumar and Abhimanyu Mithun – who have missed the IPL bus after being unsold at the auction – provided early breakthroughs time and again. In a relatively high-scoring final on a tired surface that has hosted two weeks of cricket, Mithun’s contribution of 2 for 24 was invaluable.

The scalp of Ankeet Bawne in particular, to break an 81-run stand with Naushad Shaikh, after Maharashtra were wobbling at 55 for 3, prevented a final kick. Mystery spinner KC Cariappa too, bowling with the new ball, didn’t do his credentials too much harm, finishing with a frugal 1 for 26 off his four overs.

Karnataka were immensely benefited by the presence of a third pacer to back their experienced duo. With Prasidh Krishna, who made a name for himself with Kolkata Knight Riders last season, playing a sporadic role, V Koushik made use of his opportunities to finish as Karnataka’s highest run-getter: 17 wickets in 10 matches at an average of 13.13 and economy of 6.36. While his figures in the final were a modest none for 31 off his quota, he’d left a considerable impression on the team, with Pandey singling out his efforts during the tournament at different times.

For Maharashtra, this was a game of what-ifs. Shaikh, their only batsman in the top 10 run-getters in the tournament, impressed with his six-hitting prowess, as did Nikhil Naik, fast becoming a T20 only player for them.

In fact it was Naik, who brought them into the title clash on the back of a destructive 95 not out in the semi-finals against Railways, single-handedly converting a sub-140 score into a match-winning 177. His 58-ball knock had four fours and eight towering sixes, two of which were sent over the roof. Incidentally, it was these big-hitting qualities that earned him a bid from Knight Riders for IPL 2019. In Naik and Shaikh, Maharashtra may have found some consolation as they were made to reflect on another tale of being ‘so near but yet so far.’