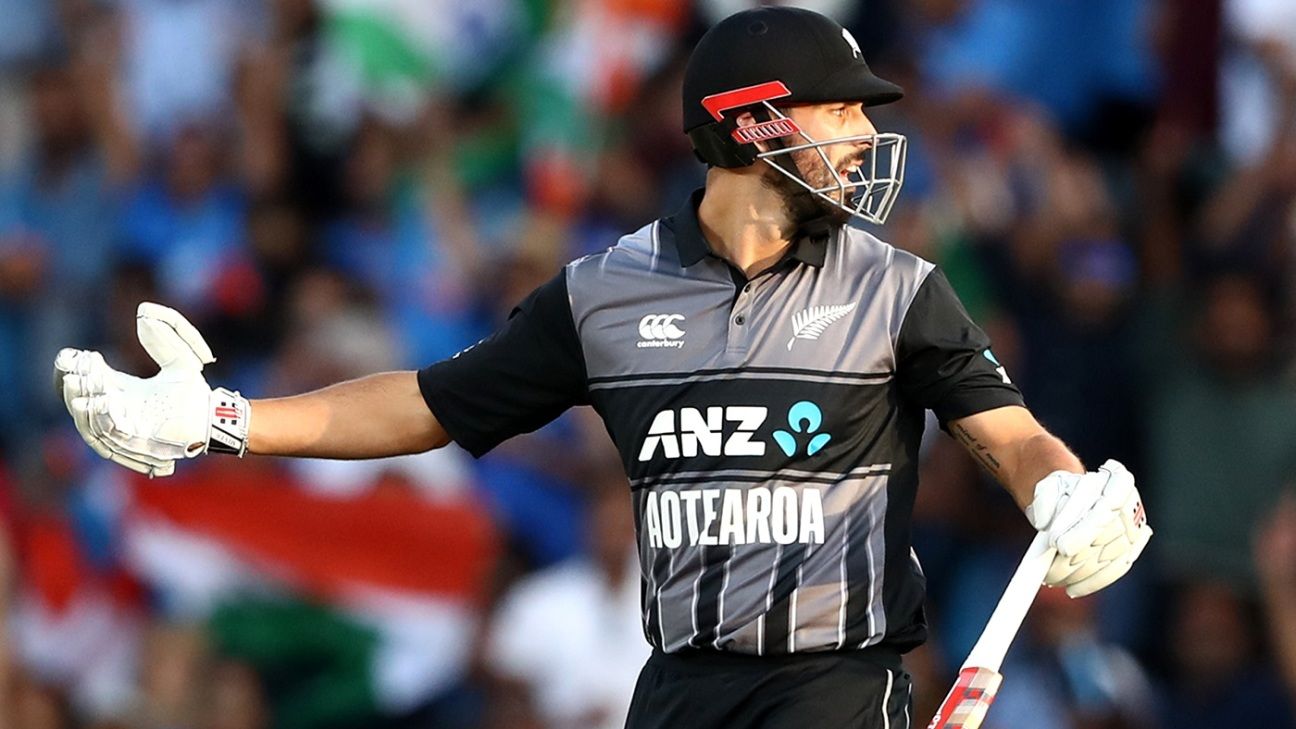 New Zealand Cricket match officials manager Sheldon Eden-Whaitiri said on Tuesday that umpire Shaun Haig‘s controversial DRS decision against Daryl Mitchell during the second T20I against India had, indeed, been an error and the on-field decision of out should have been overturned.

Mitchell had been given out lbw by on-field umpire Chris Brown off Krunal Pandya, and Haig upheld the decision on review despite HotSpot showing a clear mark as the ball passed the inside edge. In a chat with stuff.co.nz, Eden-Whaitiri said on behalf of NZC that after a review of the officiating, it was acknowledged that Haig had mistakenly deemed that the mark on the bat shown by HotSpot during replays was from the inside edge of the bat brushing the pad.

Eden-Whaitiri said the mistake, which was widely criticised by broadcasters, had affected Haig.

“Shaun was really feeling it in the 24 hours post the match,” Eden-Whaitiri said. “He felt he let his umpire team down that night by not interpreting the information to get the right outcome. That’s in hindsight. He had to get back on the horse less than 48 hours later because he was on-field in Hamilton. Shaun took it the right way – how am I going to get better?”

New Zealand Cricket make all umpiring appointments for T20Is in the country, since all umpires are from the host country and contracted to the home board. Eden-Whaitiri said the performances of New Zealand’s umpires in T20Is have generally been good, and that this was a one-off.

“We made a lot of changes three seasons ago and in those three years, this is probably the only story that’s been on the back page,” he said. “So the umpiring standards internationally have been pretty strong the last three years – just one error by a TV umpire isn’t going to diminish all the good work we’ve done with Chris Brown, Shaun Haig, and Wayne Knights.”

The ICC match referee logs every decision an umpire makes during an international match, while the umpires also do a self-assessment after every game. As such, it is not common for a board to come out and admit an error. But Eden-Whaitiri said the “stakeholders” of the game deserve it.

“That’s the nature of the game – nine times out of ten, it’s the errors that stand out for the public, the stakeholders. We’re still talking about Wayne Barnes [Rugby referee] in 2007.

“I’ve got no issue coming out and saying when we make an error; it’s part and parcel of sport, officials make errors. However, there are times when observations by commentators, journalists, etc aren’t quite correct.”

Eden-Whaitiri also commented on a controversial decision in the third T20I on Sunday, when a close stumping appeal against Tim Seifert was given out by third umpire Brown.

“We haven’t finished the review process of that match just yet – it’s been game-travel-game, it’s hard to get these things done and dusted. From early reports, that was deemed correct,” he said.