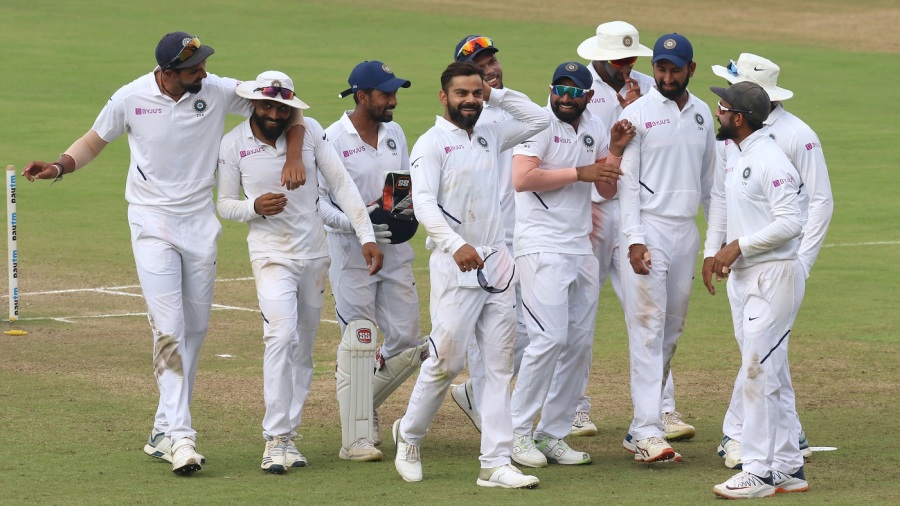 The hallmark of Virat Kohli’s captaincy on the field in Test cricket has been the clinical execution. His field placements, his declarations, and his bowling changes have tended to err on the side of conservatism. On Sunday morning in Pune, he took a trip to the wild side by enforcing a follow-on on South Africa, and thus asking his bowlers to bowl a second day in a row.

It turned out it wasn’t that wild a ride. The combination of India’s ruthless attack and South Africa’s ordinary batting meant India cruised to a crushing win by an innings and 137 runs, India’s biggest against this opposition. It also sealed their 11th consecutive series win at home. By agreeing to bowl for two days in a row, and doing it so well, the bowlers earned an extra day off between this and their third straight Test.

Modern cricket has shown that you enforce the follow-on only in extreme circumstances, unless you are certain the opposition is so far gone it is not capable of fighting back. There was no rain forecast so that took out one extreme circumstance. India probably felt the pitch was dying down, as was evident with the South Africa lower order’s ease with the old ball, so they needed to make use of it when it was still lively. What the follow-on had going for it was that India had five bowlers, and even if South Africa batted five sessions to save the Test, India couldn’t lose the Test.

Damage began with Aiden Markram falling for a silver pair. So short is his confidence that he didn’t go for the review even though it seemed he wanted to. As was seen in the replays, this inswinger from Ishant Sharma was swinging too much. Theunis de Bruyn, whose series has been only marginally better than Markram’s, soon became a victim of some Wriddhiman Saha magic with a flying catch down the leg side off Umesh Yadav.

Dean Elgar and Faf du Plessis, promoting himself to No. 4 this time, provided some resistance but R Ashwin broke through that in the second hour of the day to go past Dennis Lillee’s tally of 355 Test wickets. It wasn’t without some help. Saha gladdened the hearts of those who facilitated his comeback after he sat out for 22 months, a hiatus that was not his own making. Ashwin drew an inside edge from du Plessis, on to his thigh pad, thus changing direction and heading towards Saha’s ribs. Saha’s gloves followed the ball, but didn’t quite keep up with it. He did get enough to keep the ball in the air, then in desperation he threw his left glove at the ball, lobbing it down the wicket. Now he was about to lunge for the ball, the lunge had started, and he realised there is time. So he took a mini step before lunging, getting enough distance on the dive to finish the catch where silly point would be.

Just before lunch, Elgar made an argument for a long-off despite a big lead because batsmen these days can’t help hitting in the air. Because there was a long-off in place, Elgar tried to clear mid-on, and the ball turned to fly off the outside half of his bat for a catch to Yadav.

Post lunch, it was the turn of Ravindra Jadeja to get among the wickets, beating a Quinton de Kock slog sweep and drawing an outside edge from Temba Bavuma. The latter was pretty significant because of the pressure Bavuma was under. He got a start, looked like their best player of spin in this innings, but after getting in and with the ball getting softer, he played a loose drive at Jadeja.

Mohammed Shami produced an over from hell to almost blast the bat out of Vernon Philander’s hands and then get Senuran Muthusamy fending at a short ball. On day four on an Indian pitch. As has been the norm, there was resistance in the lower order against the softer ball with first-innings fighters Philander and Keshav Maharaj adding a half-century stand. However, once Philander tickled Yadav down the leg side, the end came swiftly.