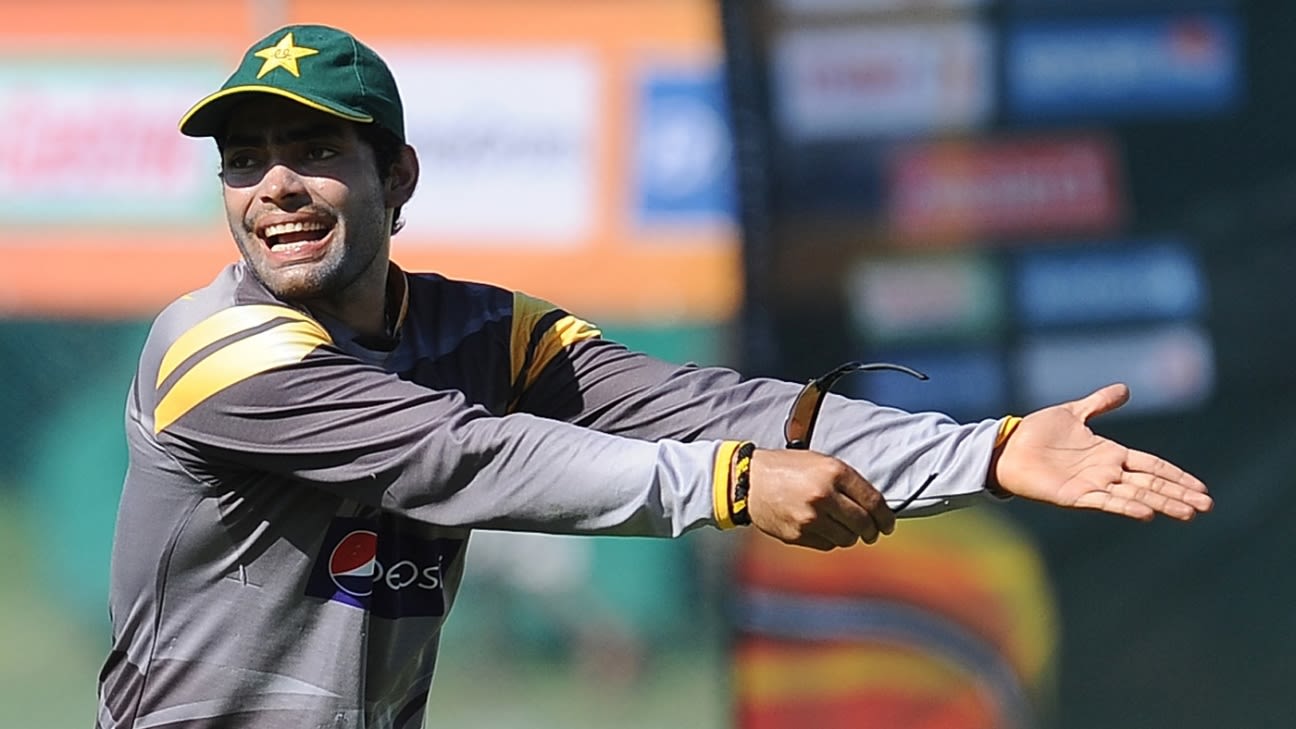 The chairman of the PCB’s independent disciplinary panel pointed to Umar Akmal‘s lack of remorse and a refusal to cooperate with investigating authorities as he detailed the reasoning behind the three-year ban on the Pakistan cricketer, which will keep him out of the game – as a player and otherwise – till February 19, 2023.

Akmal was charged by the PCB on two counts of breaching its anti-corruption code ahead of this year’s PSL, and while each charge carries a three-year ban, they will run concurrently. Unlike a number of punishments in corruption investigations, there is no suspended sentence. Akmal has 14 days to appeal before the tribunal.

“It appears that he [Akmal] is not prepared to show remorse and seek apology, make admission that he failed to fulfill his responsibility under Anti-Corruption Code, Article 2.4.4, rather he tried to take refuge under the pretext that in the past whenever any such approaches were made, the matter was reported by him,” Justice (retd) Fazal-e-Miran Chauhan, the panel chairman, wrote in his full judgment of the case, released today. “As far as Charge No.1 is concerned, I do not see any circumstances to mitigate the nature of offence, particularly, when the participant (Umar Akmal) has not cooperated with the PCB Vigilance and Security Department and the investigating team.”

Akmal was initially suspended by the PCB on February 20 and subsequently charged, and then chose to forego the right to a hearing before the anti-corruption tribunal, where he could have pleaded innocence or contested the charges, saying he would wait for a sanction to be confirmed. As a result, his case went directly to the disciplinary panel.

As reported by ESPNcricinfo, in his reply to the charges to the PCB, Akmal did admit the violation, saying that he was approached by two men on separate occasions, but chose not to inform the authorities, which was a breach of the code and led to his suspension. In front of the panel too, Akmal admitted the charges, but claimed there had been no “objectionable material” to report.

Akmal explained that a first approach was at a dinner party in Lahore, when he was introduced to a stranger and after sensing the intentions of the individual, he distanced himself and left the venue. But Chauhan observed that Akmal was duty-bound to inform the anti-corruption officials immediately: “The reason given by the player is not acceptable and the explanation given in the reply are not sufficient.

“Even today when offer was made to him to accept his offence and pray for lesser punishment, the player did not avail the chance and stuck to his explanations.”

Speaking about the second approach, Akmal said that a person in Lahore had requested a favour in exchange for help in resolving an undisclosed dispute. Becoming uncomfortable, Akmal said he left the meeting but the judge, again, pointed out that he should have reported the approach. Akmal said in his reply that in the past, confidential information involving him had been “leaked to the media” without his consent.

The judge observed that Akmal “had failed to give any plausible explanation for not reporting the matter to PCB vigilance and anti-corruption department and is in breach of the rule article 2.4.4 and he would be deemed to be engaged in corrupt conduct under the anti-corruption code of PCB”.

The judgment concluded with: “The participant/player/Umar Akmal shall not play, coach or otherwise, participate or be involved in any capacity in any match or any kind of functions, event or activity (other than authorised anti-corruption education or rehablitaion program that is authorised sanctioned, recognised or supported in any way by the PCB, the ICC or other national cricket federations, or receive accreditation previously issued shall be deemed to be withdrawn.”