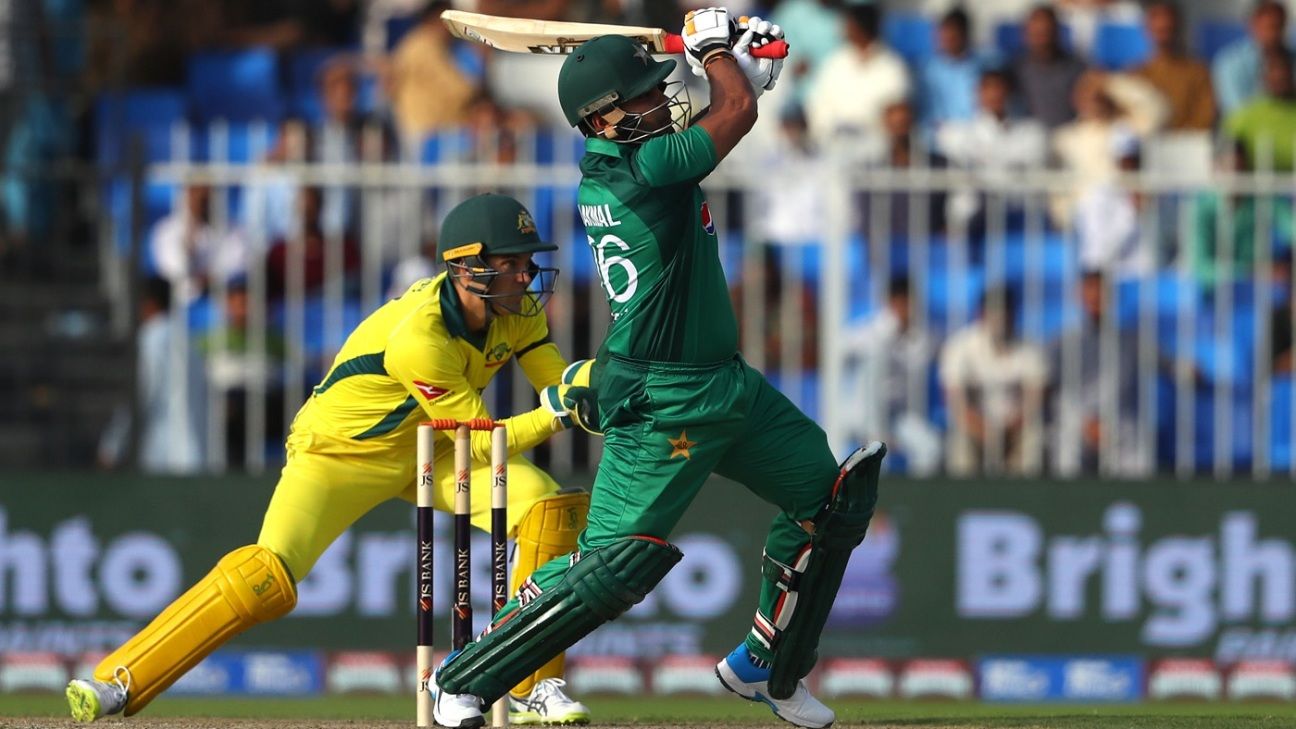 Ahmed Shehzad and Umar Akmal, two players who have seen precious little international action in the recent past, are back in the Pakistan T20I set-up for the Sr Lanka series, recalled after 16 months and three years respectively. Their recalls were the most notable aspect of a side that also sees Faheem Ashraf, who saw himself miss out on a central contract this year, return, while Mohammad Rizwan and Abid Ali are absent. Imam-ul-Haq doesn’t form part of the squad either, though the PCB said in a press release that was due to the injury he sustained to his hand during the second ODI against Sri Lanka in Karachi.

Shehzad last featured in a T20I in June 2018 against Scotland and later was left out after the opening batsman was suspended for testing positive on a dope test. Umar lost his place in 2016 when he was involved in a public spat with head coach Mickey Arthur, leading to a three-match ban and a PKR 1 million fine, with the PCB revoking No-Objection certificates for the player that prevented him playing overseas for two months.

The squad announcement means there will be some awkward reunions in the side, particularly between Shehzad and Akmal, and the newly appointed bowling coach Waqar Younis. As head coach until the 2016 World T20, Waqar had resigned with scathing parting shots at both Ahmed Shehzad and Umar Akmal, saying sacrificing “one Umar Akmal will allow us to develop other players who can truly and proudly wear the star on their chest and represent Pakistan”. He had also said Shehzad should be made to re-earn his place in the national side after performing domestically. In a recent press conference, he drew attention to that last remark, insisting he had never said he wanted the duo to be kept away from the national side forever.

The three T20Is, all to be played at the Gaddafi Stadium in Lahore from October 5-9, will be the first multi-game series in the shortest format for Pakistan since the world number one side saw their 11-series streak snapped in South Africa at the start of the year. Sarfaraz Ahmed, however, was not part of that series, and has still yet to lose one as captain.

Iftikhar Ahmed has been recalled to the T20I side as well, his solitary game in the format coming in 2016 against Sri Lanka, a match where he did not get to either bowl or face a ball. Mohammad Nawaz could also play his first T20I in over a year, and alongside Imad Wasim and Iftikhar Ahmed, is one of four spin options in the squad.

The first T20I will be played on Saturday, with the other two games scheduled for Monday and Wednesday.