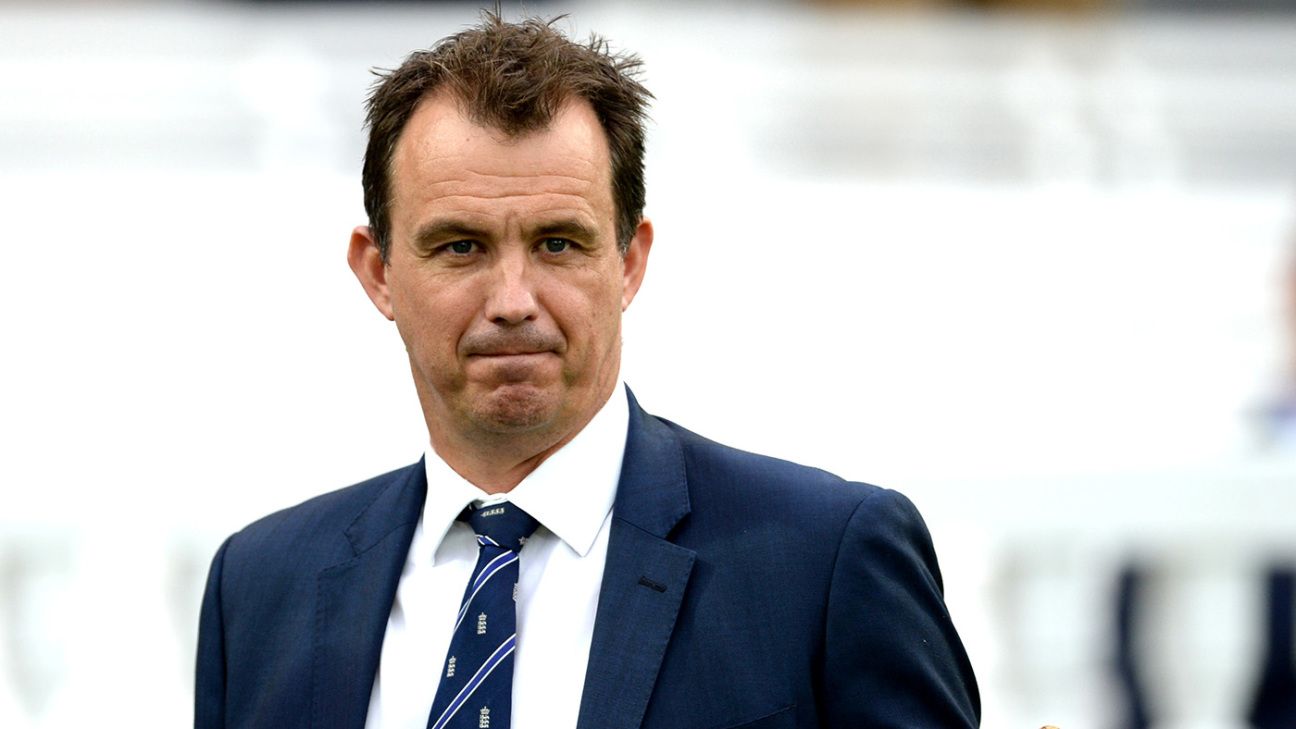 The ECB has been asked by the UK government to lead the way into investigating the viability of playing sport in a bio-secure environment.

With an increasing acceptance that the best chance of fulfilling the broadcast deals that keep nearly all sport afloat is by playing fixtures behind closed doors, the Department for Digital, Culture, Media and Sport (DCMS) has asked the ECB to facilitate research and discussions across several high-profile sports – including football – so that best practice can be shared and implemented.

It is understood that the combination of Steve Elworthy’s experience as a manager of large-scale, complex events – Elworthy was the man behind the 2019 World Cup, among many examples – and the strong reputation of Dr Nick Peirce, the ECB’s Chief Medical Officer, has led to DCMS putting their faith in the ECB to research the matter thoroughly and with appropriate speed.

The news comes as Tom Harrison, the ECB’s chief executive, gave the strongest hint yet that the best hope of staging any international cricket this summer will be in bio-secure environments. And with that in mind, Harrison admitted that previous match allocation and schedules would be shelved as the ECB looked to utilise “the minimum number of grounds we need for our desired international schedule.”

“The ECB has been asked to lead by DCMS across football, horse racing, tennis and rugby,” Harrison said. “There has been a lot of communication between sports, particularly around health, as we are trying to guarantee safety. I had a conference call with the head of the FA and the RFU about a range of topics: working together; how we share information about playing behind closed doors. I’m speaking to the Premier League later. We’re facing very similar challenges and taking decisions as a sector.”

Ultimately, whatever conclusions the ECB reaches, governing bodies will require government clearance before they resume playing. The ECB’s hope is that by progressing in partnership with other sports and government, all involved will reach similar conclusions at the same time and avoid any delay in seeking last-minute approvals.

Current thinking suggests England will look to fulfil their international fixtures in as few as two or three grounds. Which grounds are yet to be confirmed, but the presence of large hotels on the site of the Ageas Bowl in Southampton and Emirates Old Trafford in Manchester would appear to render them likely candidates. Other grounds (such as New Road) have smaller capacity hotels on site, while some – such as Lord’s – have large hotels within close proximity. By limiting the number of grounds utilised, it should prove easier to maintain a virus-free zone and reduce costs.

“Inevitably, the prospect of playing behind closed doors does change our thinking around venue allocation,” Harrison said. “With no matchday revenue the whole mind-set around hosting matches shifts. It goes from taking the game around the country to give fans a chance to see England in their back yard, to a focus on public health.

“That will mean the venues which are best-suited to offering those [optimum public-health] conditions will be in a strong position. What those conditions are need to be agreed with government. We’re making sure the levels we put in place are medically and government supported. But there’s a huge cost implication around creating the [bio-secure] environment.

“Allocating neutral venues for all matches and then playing in those is our focus. Then deciding what’s the minimum number of grounds we need for our desired international schedule and how to do cater for that. We’ve pitches to prepare and multi-day formats which add a layer of complexity.

“With the domestic game there is another layer of complexity to consider as that is where you’re in the multiple team environment. So there’s definitely much more work required [on] how we understand a Blast schedule behind closed doors. Work is ongoing. It’s nowhere near finished yet. But let me be really clear: it’s absolutely our desire to get some domestic cricket this year.”

One disadvantage faced by sport in the UK is the relatively low level of testing carried out at present. While the government has aspirations to drastically increase the amount of testing, at present the priority is for essential workers and their families. Harrison is fully aware it would be inappropriate to make any special plea for sport if that results in resources being redirected from more urgent areas.

“What we have to be really careful with here is to understand that right now testing elite athletes or people in sport just cannot be a priority in the context of the national health crisis and the issues frontline workers and vulnerable people are facing,” Harrison said. “Government tells us when the time is right. It’s not yet clearly. We’re not lobbying the government; we’re working with them.”

ALSO READ: Finishing season in Abu Dhabi ‘has to be considered’ – Surrey chairman

While Harrison hopes that the decision to push back the start of the season to July 1 sustains some hope of fulfilling all England’s international fixtures, he accepts the game is now at a stage where “any further delays” will result in cancelling rather than postponing games.

“We’re probably getting to the point now where any further delays beyond what we’ve already planned for will involve losing cricket rather than rescheduling again. We’re making maximum use of what we anticipate being a very short season this year.”

Harrison has previously warned that the sport in England and Wales will take a £300m hit if no cricket is played this summer, and reiterated that the pandemic’s impact on the game has already proved “very significant”.

“Even if we deliver every single game that we hope to be able to deliver, the impact is very significant now. And the impact can only really grow from here. So don’t think there isn’t a very, very significant impact on cricket already. There is. I don’t see that getting any better as we go through this summer. This will be a very significant financial problem for cricket.”