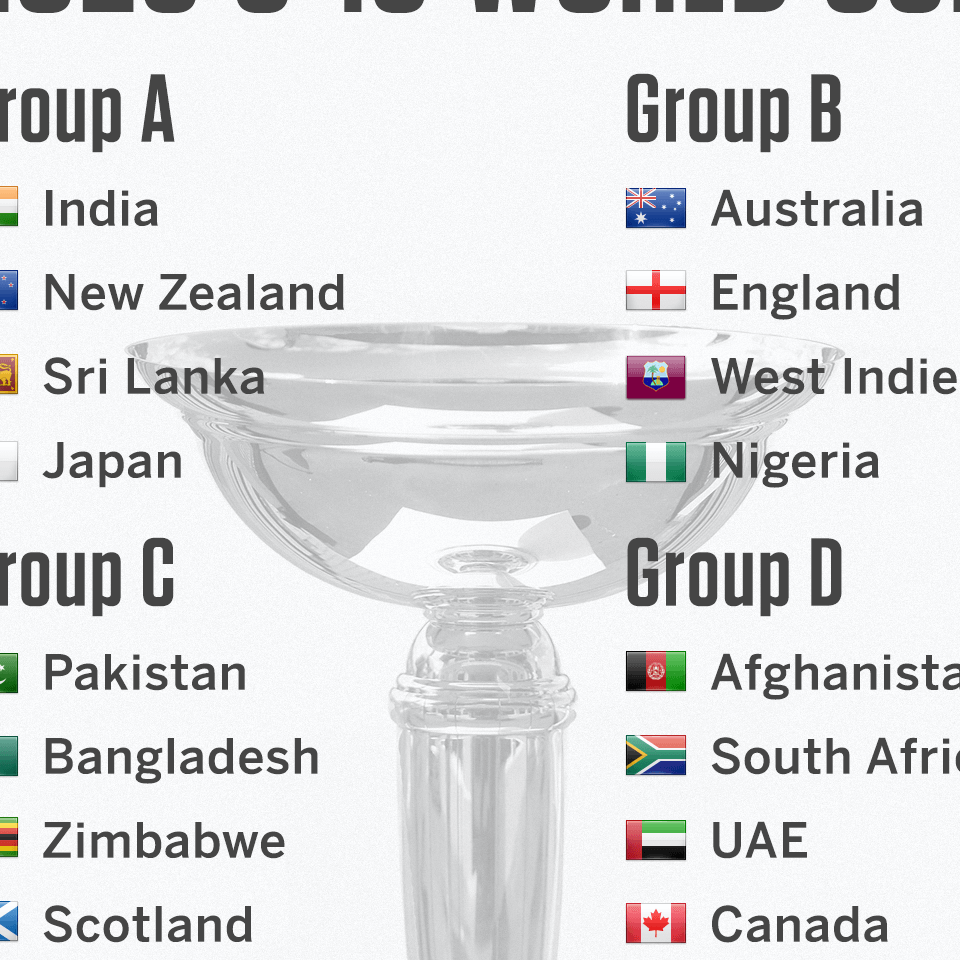 The 2020 U-19 World Cup will be kickstarted by hosts South Africa on January 17, when they’ll take on Afghanistan in Kimberley. The schedule for the 16-team tournament, across 24 days, was announced by the ICC on Thursday while announcing the five venues that will host the matches. Apart from Kimberley, the tournament will be played in Benoni, Bloemfontein and Potchefstroom with the final scheduled for February 9.

Along with Afghanistan, South Africa have UAE and Canada in Group D. Defending champions India are in Group A, slotted with New Zealand, Sri Lanka and first-time qualifiers Japan. Group B has Australia, runners-up in 2017, paired up with England, West Indies and another first-time team Nigeria while Group C sees Pakistan being joined by Bangladesh, Zimbabwe and Scotland. From each group, the bottom two teams will fight in the Plate tournament while the top two teams will proceed for the Super League stage.

Potchefstroom’s JP Marks Oval will play host to both semi-finals and the final. There are also warm-up games scheduled between January 12-15 in Johannesburg and Pretoria.

Japan and Nigeria qualified for the tournament after emerging as champions of the East Asia Pacific and Africa regions. The other three regional qualifiers are Canada (Americas), UAE (Asia) and Scotland (Europe). With four titles, India have won the most U-19 World Cups. Australia have won three times, Pakistan twice while England, West Indies and South Africa have won just once.