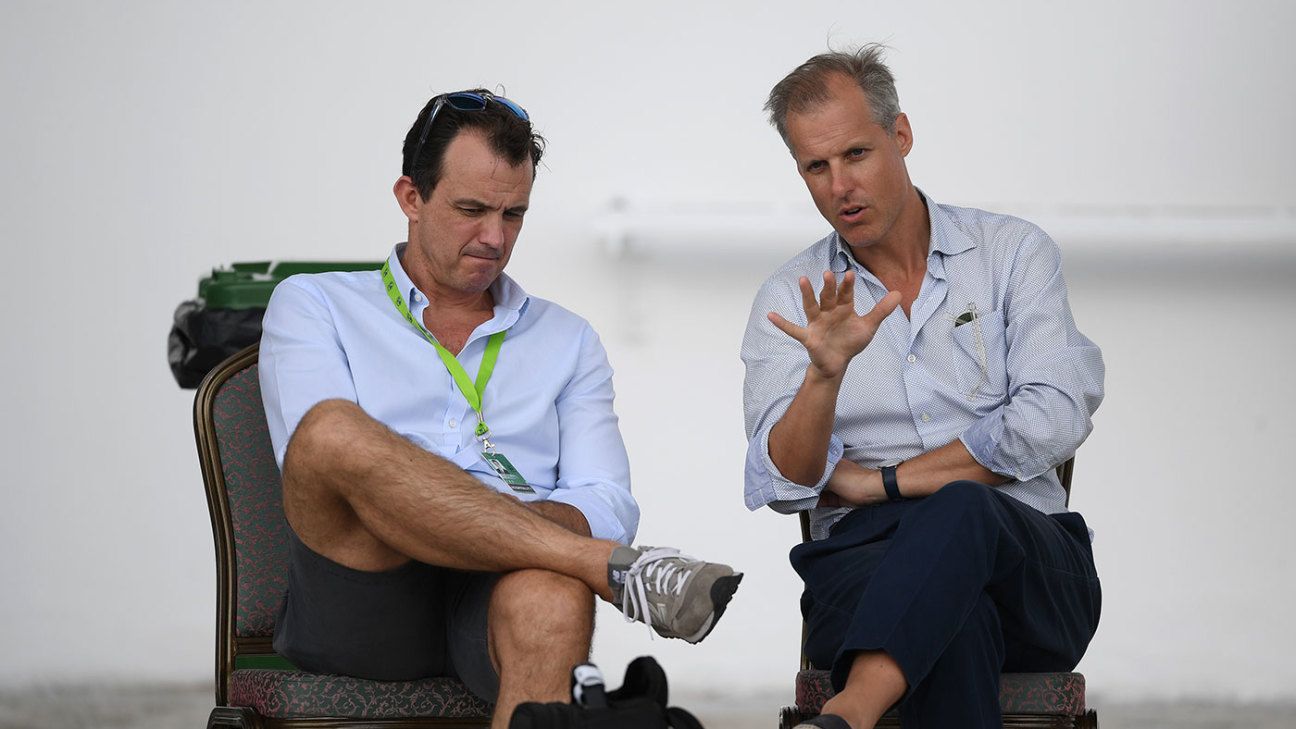 It is amazing how quickly things change. Just over a week ago, Trevor Bayliss said it felt as if England had made progress nailing down positions in their side that had looked problematic for some time.

His optimism seemed justified, too. England were ranked No. 3 in the world, after all, and had won eight of their last nine Tests, including a series victory over the No. 1-rated team, India, and a rare clean-sweep in Sri Lanka. It looked, very much, as if things were on an upward curve. But one defeat can cast a different light on things. Well, one defeat of the magnitude inflicted by West Indies in Barbados, anyway.

If that seems over the top, consider this. There is every chance two men who played in the Barbados Test – Keaton Jennings and Adil Rashid – will not play Test cricket again. Meanwhile the seam attack is reliant upon a 36-year-old who has now bowled more deliveries than any seamer in Test history (and his 32-year-old sidekick), while the man who scored his first five Test centuries at No. 6 or 7 is now at No. 3; the man who was brought in to bat at No. 7 is at No. 6; and the man who looked so good at No. 6 has been moved to No. 5. Oh and the No. 9 thinks he’s a batting allrounder but was asked to open the bowling in Barbados. All are out of position. All are compromised because of it.

Meanwhile the search for an opening batsman seems to have gone on since the dawn of time. England have now taken a punt Joe Denly, who hasn’t opened in three-and-a-half years in the Championship and has played most of his recent cricket in Division Two. He is, for sure, a talented player who may prove a useful legspinner, too. But he faces a huge challenge trying to negate Shannon Gabriel and company.

Interestingly, while previous openers have been assured they will have several Tests in which to prove themselves, Joe Root made it clear Denly had until the end of this series. Realistically, if he can make 200 runs across those four innings, he has an excellent chance of playing in the Ashes.

We have to keep the Barbados result in perspective. It was one game, after all. And it came from the first match of a series for which England might not have been perfectly prepared. Perhaps Antigua will provide a more accurate reflection of their abilities. They have never won here, though, and do not have the best record on the flat surface anticipated.

But every new day seems to brings news of an England side’s defeat from somewhere in the world. Whether it’s the Lions, the Young Lions or the senior side, this vital year has started with a barrage of reminders of England’s struggles against spin bowling, fast bowling and touring.

Again and again, we are given cause to ponder whether our own domestic first-class game – now largely played in spring and autumn in conditions which will rarely be replicated in international cricket – is providing the best environment in which cricketers can develop. It can’t be, can it, if it has struggled to provide opening batsmen for so long?

Maybe we shouldn’t be surprised by the result in the first Test, anyway. West Indies have won three of the five most recent Tests between the sides (including two of the last three) and have been beaten once in a series by England in the Caribbean in the last half-century. In that context, the result in Barbados – where England have won twice in the last 80 years – does not seem such a shock.

It also leaves West Indies’ insistence that they remain underdogs a bit hollow-sounding. Certainly there was nothing fortunate about their victory, with the depth of their batting – Jason Holder became just the third double-centurion from No. 8 in the order – complementing a seam attack that was both skilful, unrelenting and, at times, hostile. And if Roston Chase was flattered a little by his eight-wicket haul, it is only because he was the beneficiary of the pressure built up by his team over the previous days.

Either way, the first Test result sets up the series intriguingly. If West Indies can repeat their Barbados performance, we might finally be able to believe that Caribbean cricket is on an upward curve. And if England repeat theirs, we may have some indication of the true progress they have made in recent months.