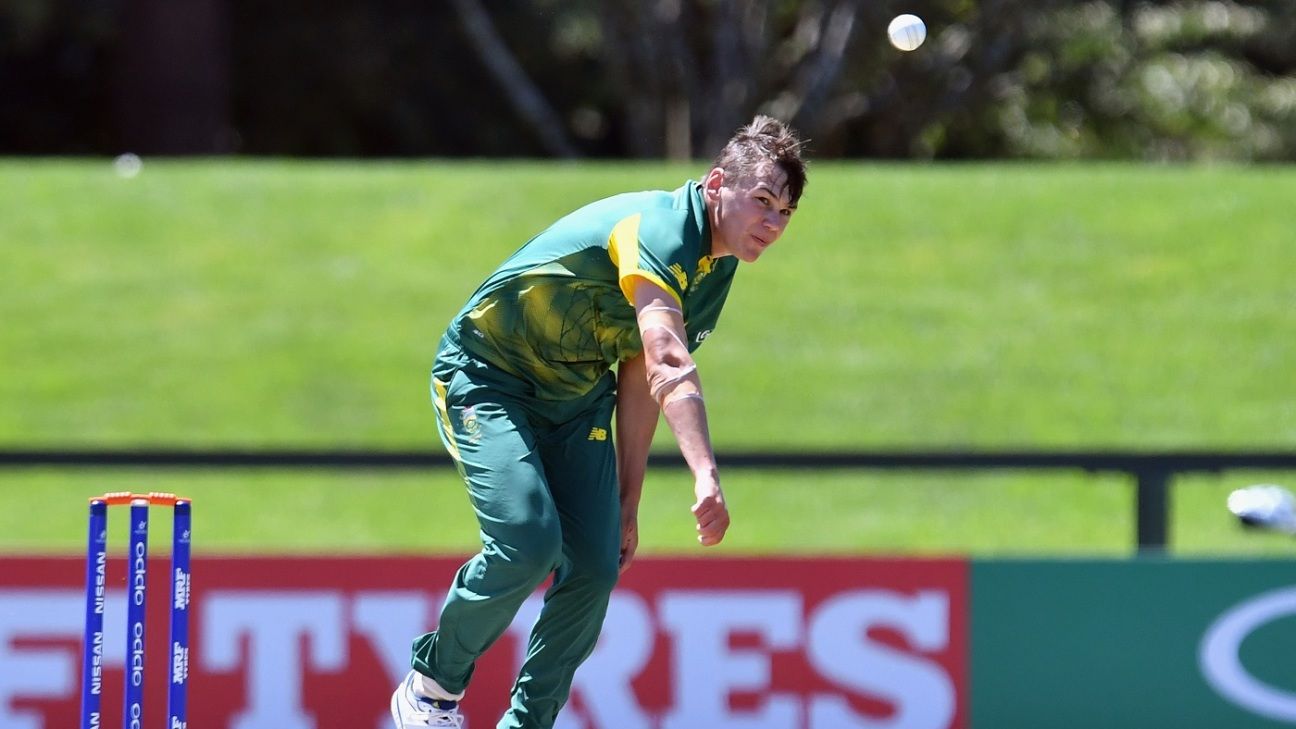 South Africa’s struggles in India has put the spotlight on the country’s first-class season that is currently underway. With a home summer to follow against England, the national team could be on the hunt for solid top-order batsmen, new crop of fast bowlers or maybe even just a reassurance that the level below them is strong and competitive.

The first round of matches delivered plenty of thrills, which we re-cap here.

A hat-trick to start the season

Tshepo Moreki moved to the Titans at the start of the 2018-19 summer, after stints with Dolphins and Cobras to gain consistent game time. He only featured in half of their first-class fixtures and was steady without being outstanding. But a season later, that may be about to change.

Moreki manufactured a victory against the clock with a hat-trick in the last hour of play on the final day, after Titans declared shortly before lunch, leaving themselves 71 overs to bowl Dolphins out. At 146 for 6 in the 53rd over, Dolphins may have entertained thoughts of escaping with a draw, especially after Andile Phehlukwayo looked like he’d settled in for the ultimate blockathon.

He faced 45 balls and spent 62 minutes at the crease for his five runs when Moreki tempted him into a booming drive, but Phehlukwayo only managed an edge to short-third man. Moreki’s next ball bowled Eathan Bosch between the bat-pad gap and his hat-trick delivery had Daryn Dupavillon caught behind to leave the Dolphins 146 for 9 with at least 17 overs remaining. The last wicket pair held out for another seven overs before the Titans sealed their win in the dying stages of the match.

The South African who went to England but returned

Johannesburg-born Neil Brand, 23, moved to Kings College in Taunton, hoping to qualify and play for England. He represented Cardiff MCC University and the Glamorgan and Somerset second XIs before returning to South Africa in December 2017. He joined the University of Pretoria (Tuks), where former New Zealand international Kruger van Wyk heads the structure, and had immense success. Brand was player of the tournament in the T20 Varsity Cup and the leading run-scorer in the national club championship. Tuks won both competitions. He made his franchise debut last season and was contracted to Titans for this summer, where he has immediately made a big statement.

Brand scored 106 and 77 and set the Titans up for victory over Dolphins. His was not the only notable contribution, though. Farhaan Behardien’s 114 in the first innings contributed to the Titans being the only team to cross 400 in an innings in what appeared to be the best-behaved pitch of the opening round.

What’s with the pitch in Potch?

Early season pitches in Potchefstroom are unpredictable in every way. They have been known to have uneven bounce and pace, and the one used for the season opener appeared to have been particularly hostile. Thirty-nine wickets fell in two days in what became a low-scoring thriller. While the cricket was interesting, its quality was questionable, as a source told ESPNcricinfo.

“That pitch really wasn’t fit for first-class cricket. It was completely underprepared,” the insider said. “The top was completely gone and in the end, seamers were even tougher to play than spinner as there was a complete lack of bounce.”

Spinners took 34 of the 40 wickets and George Linde‘s 11 saw him surge to the top of the wicket-taking charts after the first round of matches. Bu the Cobras walked away with only four points while defending champions, Lions, claimed 22. While they’ll gladly take a winning start, they may now wonder why they didn’t get their campaign underway 120 kilometers down the road in at Wanderers in Johannesburg, their other home ground.

CSA hadn’t responded for a comment at the time of writing.

Coetzee marks his arrival in style

In Kimberley, legspinner Shaun von Berg made a man-of-the-match debut for the Knights where he took six wickets and scored an unbeaten second-innings 61 to steer them to victory over Warriors. But the spotlight was one another newcomer. Nineteen-year-old seamer Gerald Coetzee also took six wickets, including 4 for 53 in the second innings to announce himself on the first-class scene.

Coetzee, a product of Saint Andrews in Bloemfontein, is a former South African Schools captain. Until Thursday, he was best known for his 5 for 32 against New Zealand at the 2018 Under-19 World Cup. He was part of the Under-19 side that toured India earlier this year but had to return home early after picking up a side strain.

These are early days, but with concern raised over South Africa’s resources in the face of big-name retirements and continued Kolpak-signings, Coetzee will be one to watch as the summer develops.