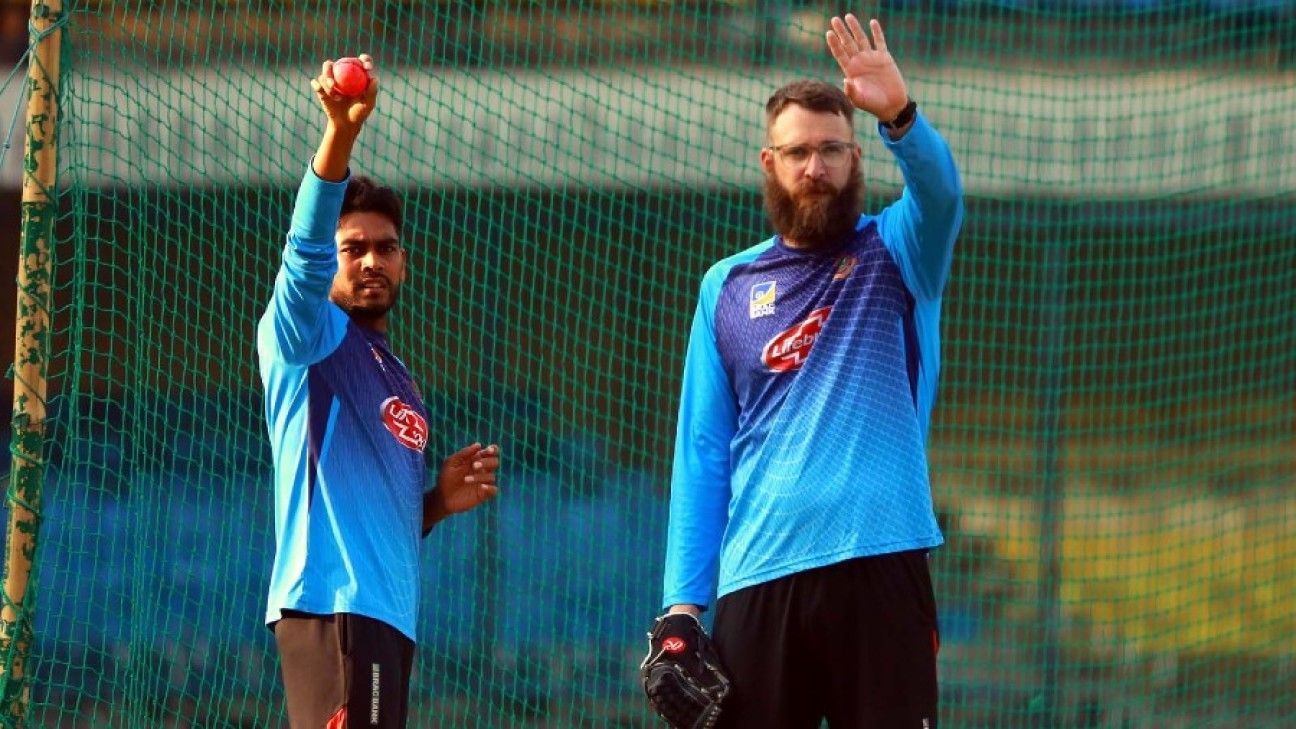 Bangladesh want to get as much practice as possible under the pink ball. This much has been evident from their training routine and intensity in the two days following their three-day defeat by India in the first Test in Indore.

The focus has been specifically to train in the twilight zone, when the sun goes down and the floodlights begin to take full effect. At the Holkar Stadium on Monday, they went a step further by trying to simulate different possibilities, including dipping the ball in water to get themselves adjusted to the possibility of bowling with a dewy ball.

While Sunday was largely an optional session, the entire team was in attendance on Monday, as they spent three hours at the center wickets. Head coach Russell Domingo put them through longer-than-usual slip catching drills to wicketkeeper Liton Das, Imrul Kayes, Shadman Islam and Mohammad Mithun, all an indication that they’re perhaps not going to tweak their batting order a lot for Kolkata.

Mehidy Hasan Miraz, the offspinning allrounder, had a long batting stint in one of the three nets. He admits to have gotten out a lot of information about the pink-ball behaviour. Afterwards, he articulated his thoughts on the challenges of facing the pink ball during a media interaction.

“The pace bowlers will continue to bowl by dipping the ball on water in the coming days,” Mehidy said of their training methods. “I think we can adapt in the coming days. Maybe it will skid a little more when it is wet. Spinners can get to skid the ball. There’s also likely to be bounce and turn.

“I batted against the pink ball. It was moving and goes off rapidly after pitching. It goes off the bat quite quickly too. I think it swings more, and you can cut the ball too. We are still new to the pink ball. We haven’t got a lot of time with it but we are trying to cover as much as possible. There’ll be an initial struggle, but it will only get better as we go along. But it will be important to play for long, particularly after a batsman has adjusted to it.”

The genera feedback after the two sessions was that most of the players “found it challenging” to sight the ball properly at twilight. “There’s not a lot of problem seeing it while catching and fielding too, but we have to be careful during the match,” Mehidy said. “The seam can be sighted at times, but there are occasions when you can’t see it.”