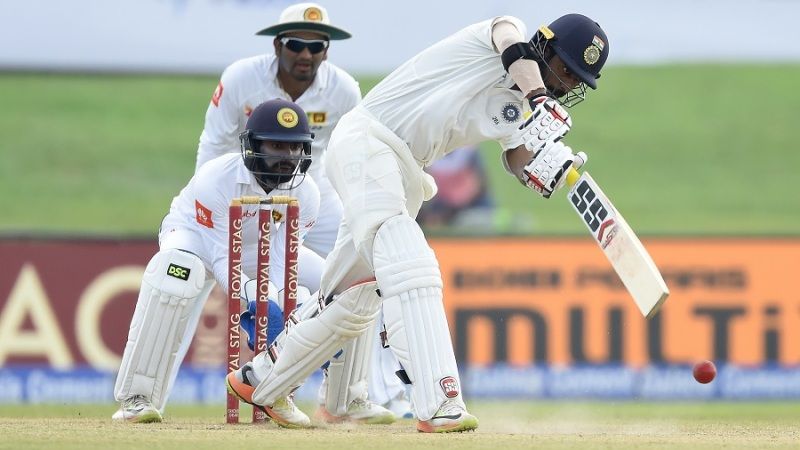 Rajasthan’s left-arm quick Aniket Choudhary scooped up his seventh five-wicket haul of the season to skittle Tripura out for 35, their lowest total in first-class cricket, at the Maharaja Bir Bikram college stadium in Agartala. Tripura’s previous lowest total was 42 against Bengal at the Polytechnic institute ground in Agartala in January 1996. Twenty-three years later, they crashed to a new low, getting bowled out in 18.4 overs. It exemplified the gulf between the two sides: Rajasthan are already through to the knockouts with six wins in eight completed matches while Tripura are second from bottom with a solitary win so far.

After opting to bat, Tripura lost both their openers Kaushal Acharjee and Joydeep Banik to Choudhary in the second over. The early wobble then turned into a full-blown collapse, with only No. 9 Neelambuj Vats reaching double-figures. To add to Tripura’s woes, their captain Smit Patel retired hurt on 2.

While Choudhary came away with 5 for 11, Tanvir Ul-Haq took 3 for 1 and extended his first-class tally to 99 wickets. Choudhary and Tanvir weren’t done yet. They both made thirties with the bat to hand Rajasthan a 183-run first-innings lead. Tripura saw off one over in their second innings and closed out the day at 4 for 0.

Wickets tumble in Vadodara and Delhi

While 22 wickets tumbled at the Moti Bagh Stadium in Vadodara, 19 fell at the Karnail Singh Stadium in Delhi. Seventeen out of the 22 wickets in the Baroda-Karnataka game went to the spinners.

After choosing to bat, Karnataka were dismissed for 112 in the morning session, with only captain Manish Pandey (43) and wicketkeeper-batsman BR Sharath (30) passing 15. Left-arm spinner Bhargav Bhatt and offspinner Soaeb Tai picked up five wickets between them.

Hegde, who had bowled at the India nets in the lead-up to the India-Australia Test in Bengaluru in 2017, claimed four wickets but wound up conceding 74 runs in his 17 overs.

Facing a 111-run deficit, Karnataka lost opener R Samarth and nightwatchman Hegde for ducks to end the day 13 for 2 in their second innings. Bhatt, who took the new ball with Krunal Pandya, collected both the wickets to stretch his match haul to five.

Spinners, particularly left-arm spinners, also ruled the roost in the Maharashtra-Railways clash in Delhi. Railways left-arm spinner Avinash Yadav, who took the new ball after Mahrashtra opted to bat, carved up the top and middle order to bowl out the visitors for 70 in just 23.2 overs. It was Maharashtra’s fourth-lowest total in first-class cricket – and their lowest in 40 years.

Satyajeet Bachhav, who top-scored for Maharashtra with 15, played a bigger role with his left-arm spin, picking up a career-best 7 for 73 to keep Railways to 184 for 9 at stumps.

A year after becoming the fastest to 1000 runs in Youth ODIs and winning the Under-19 World Cup, Shubman Gill passed 1000 runs in first-class cricket in his 15th innings. His unbeaten 36 off 57 balls took Punjab to 47 for 2 in their must-win game against Bengal in Kolkata.

Bengal were earlier bowled out for 187, with left-arm spinner Vinay Choudhary claiming a career-best 6 for 62.

The clash between Tamil Nadu and Delhi at the Chepauk was an inconsequential one, with neither side in contention for the knockouts, but Abhinav Mukund rose above a turning track with his 29th first-class hundred. A ripping offbreak from Shivam Sharma started outside leg and screamed away past his outside edge and off stump in the morning and quite a few balls kept low on a first-day pitch, but Abhinav brushed those incidents off and gifted himself back-to-back centuries, a day after his 29th birthday. He had struck 128 against Himachal Pradesh in the previous round to surpass S Sharath and become Tamil Nadu’s top scorer in the Ranji Trophy.

Here he put on 155 for the third wicket with his captain B Indrajith to blunt the Delhi attack. While Indrajith was dismissed for 86 by Vikas Mishra, Abhinav was unbeaten on 104 at stumps.