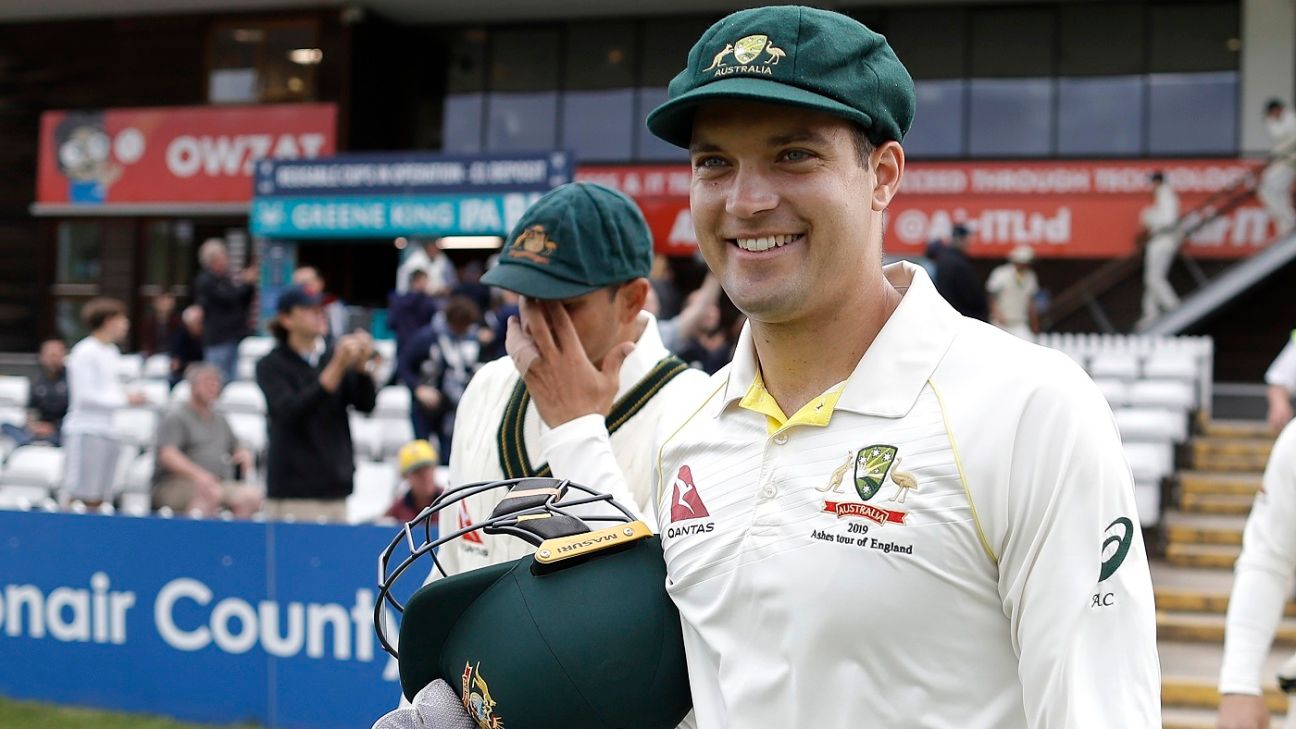 Australia’s selection chairman Trevor Hohns feels Alex Carey should be given more leadership exposure so that he may be a legitimate captaincy contender whenever Tim Paine’s time is up, even if he is doubtful whether there would be room for both to play in the Test team this summer.

Having successfully retained the Ashes in England, Paine’s immediate future is secure, leaving him with a good deal of autonomy about how long he decides to continue playing. Carey, though, is held in extremely high regard by Hohns and the national team coach Justin Langer, while he has also assembled a first-class batting record that is trending impressively upwards after two difficult Sheffield Shield campaigns to begin with.

Hohns admitted that Paine’s position as captain of the Test side in England had made it virtually impossible to fit Carey into the squad, and also suggested that like Adam Gilchrist 20 years ago, he might have to wait until the incumbent gloveman exits the scene before gaining a debut. Hohns was selection chairman in 1999 when Ian Healy’s decorated Test career was summarily ended after the panel had decided against first trialling Gilchrist as a batsman only before making him the No. 1 wicketkeeper.

“Alex Carey is very highly thought of and desperately unlucky, but it just didn’t quite fit him when Tim’s the captain and there’s a couple of other blokes that wicket-keep as the fill-in, but Alex understands all of that,” Hohns told ESPNcricinfo. “He is held in such high regard that I’d seriously like to see him captaining his state, but that’s not for me to say. He’s the type of person that potentially is a very, very good leader.

“I keep going back to Adam Gilchrist as a prime example. He possibly could have played as a batsman but we don’t know. I put him in the allrounder category and Alex can be the same.”

Undoubtedly, there is a sense among Australian cricket’s decision-makers that Carey is the team’s future wicketkeeper in all forms, and also potentially the captain. Paine, by his selection as a leader while keeping wickets, has opened up the possibility for someone other than the best batsman getting the job as had been customary.

“Along the way we’ve been trying to develop leaders. Not necessarily anointing who the next captain is, and that’s all been to give some of the younger guys, who deserve it by the way, the opportunity to show some leadership around.”

In doing so, he has opened a door for Carey who, was inaugural captain of the Greater Western Sydney Giants in the AFL before returning to cricket, is yet to play a Test. In South Australia he has played under the leadership of Travis Head, who has this year served as Test vice-captain but was dropped for the fifth Test at The Oval.

“It’s nice to hear that and to have the support of the playing group and the coaches,” Carey told ESPNcricinfo about Hohns’ comments. “It means I’m doing something right. I would love to captain firstly South Australia if that opportunity came up. Once I’m in the green and gold it’s [a case of] keep learning as much as I can from guys that have led the country.

“I guess learning from experiences through footy, through cricket, through life, I see my best leadership qualities is how I try to handle myself, and how do I try to train, and how do I try to be the best player and person I can be. If I can help Finchy [Aaron Finch] at all behind the stumps, obviously that’s my job as vice-captain, so to keep learning and keep growing in that role. Hopefully one day if there’s an opportunity I’d be comfortable enough to do that.”

The other man in leadership considerations will naturally be Steven Smith, having stamped himself as one of the world’s finest batsman during the Ashes and also demonstrated a growing measure of maturity and life balance that was arguably missing before Newlands and his year out of the national team. “That’ll be one for the future to be answered about Steven in general,” Hohns said.

“Along the way we’ve been trying to develop leaders. Not necessarily anointing who the next captain is, and that’s all been to give some of the younger guys, who deserve it by the way, the opportunity to show some leadership around. There’s more to being the captain than just making the calls out on the field. It’s more about off the field etc. We’re trying to make sure some of these guys get experience at state level, and while we can’t tell the states who we want as their leaders, we can make suggestions.”

Carey’s first two summers in the Shield reaped a mere 200 runs in seven matches for South Australia, but since then he has compiled 1338 first-class runs in 24 matches at an average of 37.16, including two centuries. It’s a record that compares favourably with most batsmen in the country save for the very top of the pile, meaning that a rapid start to the Shield this season would pose serious questions for Hohns and Langer, particularly after Carey showed himself more than comfortable in international company during the World Cup.

Paine’s batting was the subject of plenty of scrutiny during the Ashes, as he struggled for runs until a vital half-century in the decisive fourth Test at Old Trafford, after had been counselled by none other than Healy to “bat like a wicketkeeper” and be more intent on scoring than occupation of the crease.

“Tim’s done a very good job as captain, that goes without saying. We do obviously need him to continue to contribute,” Hohns said. “He’s still probably the best wicketkeeper in the world in my mind, I might be a bit biased, but in the area he operates in it’s important to contribute with the bat. That’s all we’ll be asking him, and he’ll know when the right time is I would say. Then if his performance or his contribution wanes then they’re the conversations we have to have at the appropriate time.”

There is some irony to the level of discussion to be had about the future of the Australian captaincy, given the extremely rushed and far from glorious circumstances in which Paine was handed the role by Hohns and the former coach Darren Lehmann at the height of the Newlands scandal last year. Hohns has revealed his account of the snap decision to make Paine the Test captain in Cape Town, within minutes of being informed by Smith that he was to stand down.

“We didn’t have time to go into anything in too much detail because we had to make a decision just like that,” Hohns said. “But it was clear he was the type of person who could do the job, personality-wise as well. As it’s turned out he’s done a wonderful job. In a very, very difficult period of time he’s been outstanding for us and for Australian cricket.”