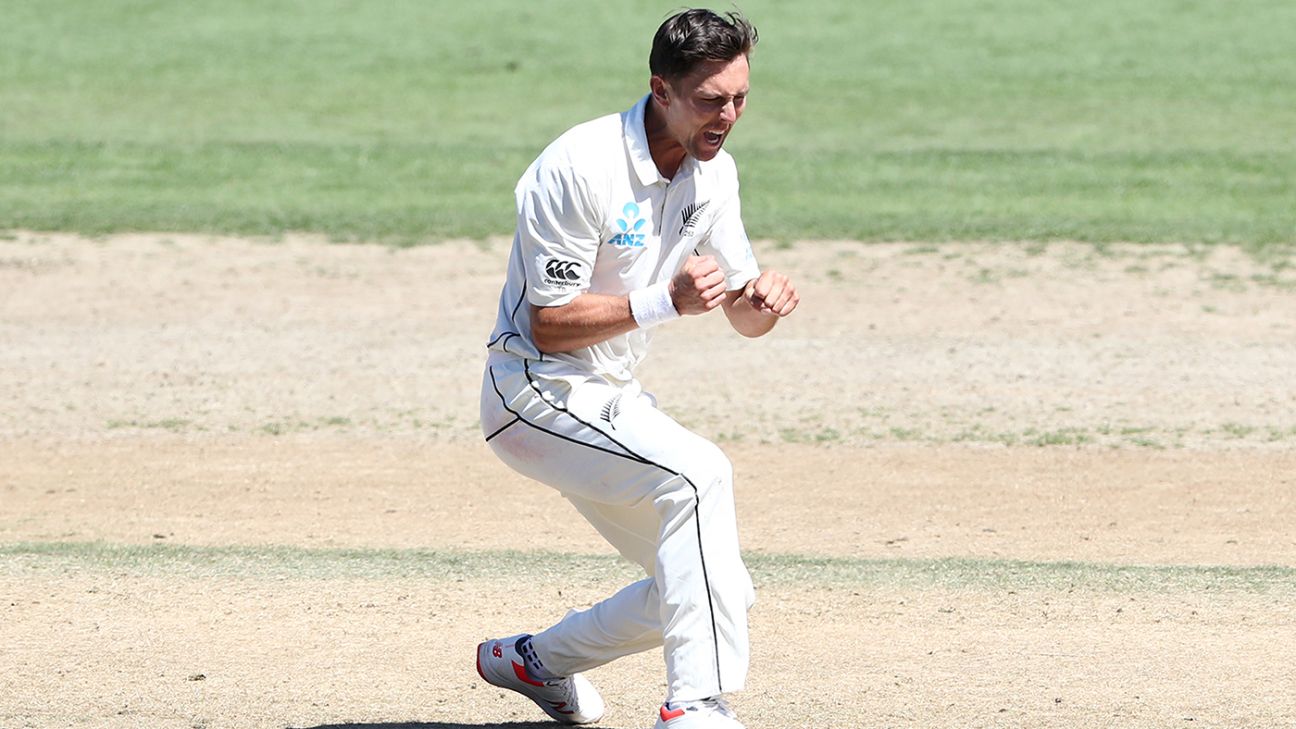 Trent Boult is prepared for more toil in Wellington during a season that has seen some back-breaking work for the New Zealand quicks.

In December, New Zealand went wicketless during the fourth day against Sri Lanka as Kusal Mendis and Angelo Mathews added 276 in 109 overs before rain helped the visitors come out with a draw.

The New Zealand bowlers have become used to having to put in the hard yards during second innings on home soil. Although they won the second Test against Sri Lanka by a handsome 423 runs in Christchurch it took them 106 overs to claim the ten wickets then last week in Hamilton saw Bangladesh make 429 in 103 overs before New Zealand wrapped up an innings win.

New Zealand may not play as much Test cricket is some other nations, but overs still stack up and Boult is expecting another Basin Reserve wicket that will challenge the bowlers as the match progresses.

“There have been a lot of batting records here for a reason, it’s a very solid wicket and it only gets better. I’m sure they’ll leave a touch of green for the seamers to enjoy but we just need to focus on what we do well as a bowling unit,” Boult said. “I’m expecting similar conditions [to the Sri Lanka Test]. Hopefully we don’t experience a day four where it was chanceless and wicketless. If so, we need to find a way to take wickets and we feel we have the ability in the group to do it.”

And, so far this season, it has been exclusively the quick bowlers who have done the damage with them claiming 52 wickets to zero for the spinners.

With the New Zealand bowlers preparing for conditions which become more benign as the match progresses they are focused on making a strong start to take advantage of any life on the pitch over the first couple of days. Although their victory in Hamilton was handsome they struggled for early inroads: in the first innings Bangladesh were 121 for 1 before collapsing and in the second Tamim Iqbal and Shadman Islam added 88 for the first wicket.

“There are few areas we need to work on from how we turned up in Hamilton,” Boult said. “We’d like to start a lot better, put more pressure on their top order and take a lot more early wickets because I guess they’ll have gained a lot of confidence of being able to put [nearly] 700 runs on us. We are definitely looking to rectify that.”

One thing Bangladesh can expect plenty more of is short bowling, led by Neil Wagner. “I’m pretty sure they’ll be expecting it,” Boult said. “In my opinion it’s a tactic which works well when there’s not in the wicket, there’s no swing, and you not left with many other options. We have Wags who is an expert at being able to execute that plan but it’s been pretty effective for us so expect it will be more of the same.”