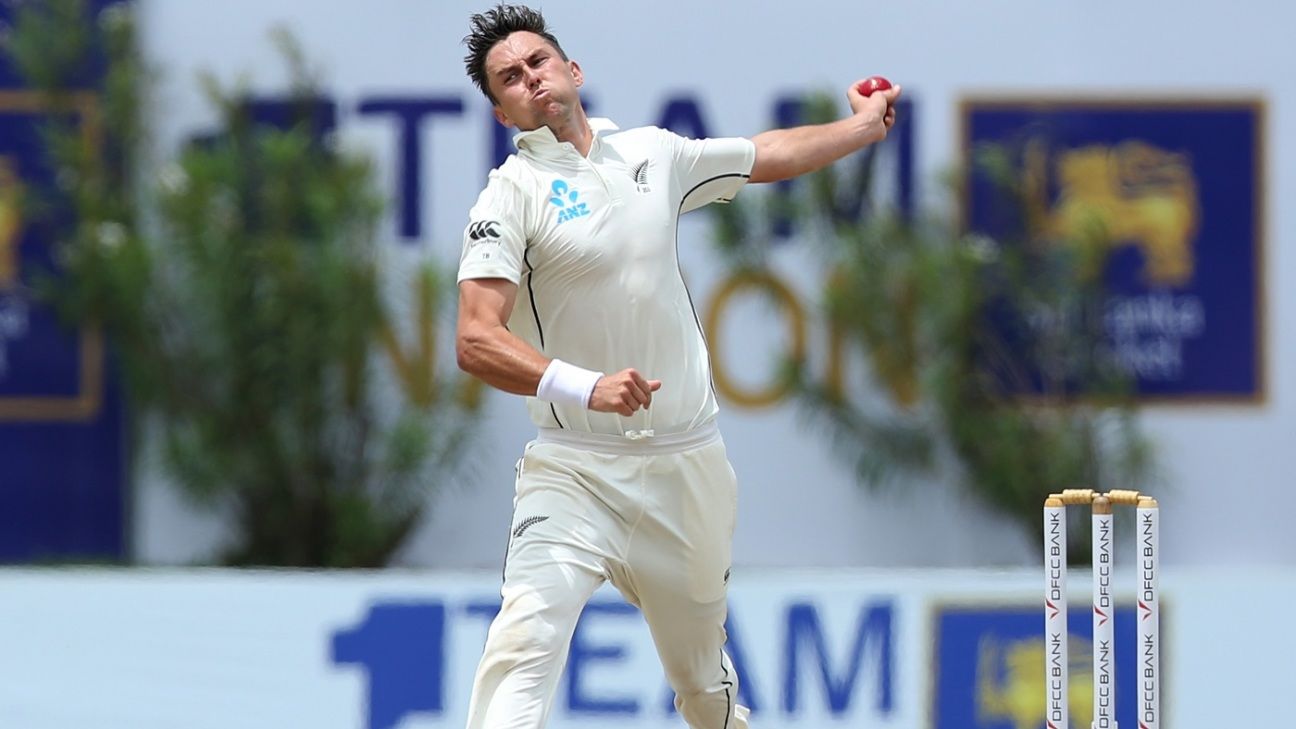 Trent Boult is likely to miss the second Test of New Zealand’s series against England after leaving the field due to a pain in the right-hand side of his ribs on the fifth day of the first Test.

Boult, who bowled one over on the final day before going off, will undergo an MRI scan tomorrow to determine the extent of the injury.

The second Test at Hamilton starts on Friday, and with New Zealand starting a three-match series in Australia soon after that fixture, it seems unlikely he will be risked. Lockie Ferguson and Matt Henry are the other seam-bowling options in the 15-man squad.

Boult has missed only three Tests since 2016, and just six of New Zealand’s 70 since his debut.