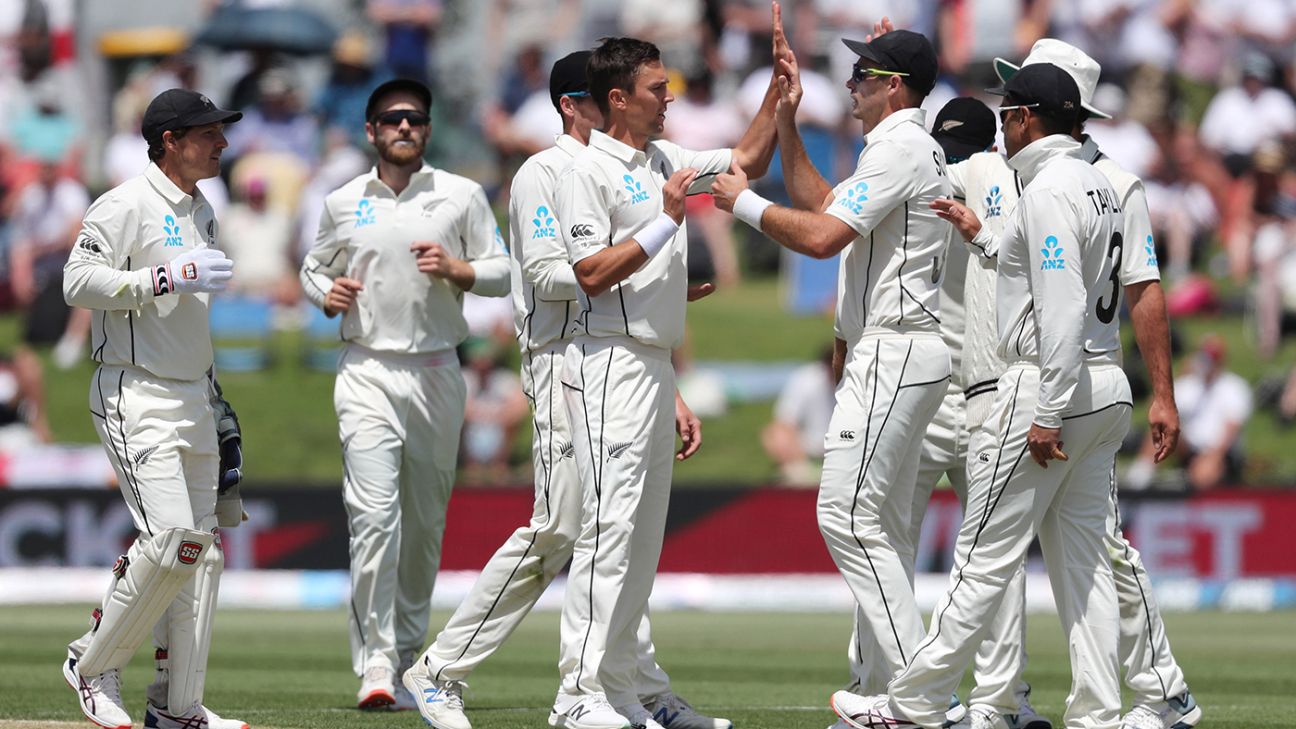 New Zealand have had a major boost ahead of the first Test against Australia next week with Trent Boult and Colin de Grandhomme both making good progress in their recoveries from injury.

NZC confirmed the pair would travel to Perth with the squad on Saturday having come through a training session in Mount Maunganui on Friday. Boult (side strain) and de Grandhomme (abdominal tear) had missed the second Test against England in Hamilton.

“Trent Boult and Colin de Grandhomme are both making good progress with their injuries and successfully trained today at Bay Oval,” NZC posted on Twitter. “The pair will travel with the team to Perth tomorrow.”

There still remains a question mark over their participation in the day-night Test at Perth Stadium which starts on Thursday, but the progress is encouraging.

Boult, especially, is vital to New Zealand’s hopes of pushing Australia with him potentially being a handful with the pink ball and his side strain was causing the most concern after he picked it up against England in Mount Maunganui.

“I don’t know if I’m really confident, but I’m quietly optimistic they’re tracking where we want them to be,” New Zealand coach Gary Stead said earlier this week.

In Boult’s absence, Matt Henry played the second Test against England but New Zealand will need to give serious consideration into introducing the extra pace of uncapped Lockie Ferguson. Tim Southee and Neil Wagner, who has yet to play a Test in Australia, were the other members of the pace attack.

De Grandhomme provides important balance to the New Zealand side. He averages 40.33 with the bat and 29.63 with the ball in 19 Tests. His injury handed a Test debut to Daryl Mitchell who made 73 but went wicketless in Hamilton.