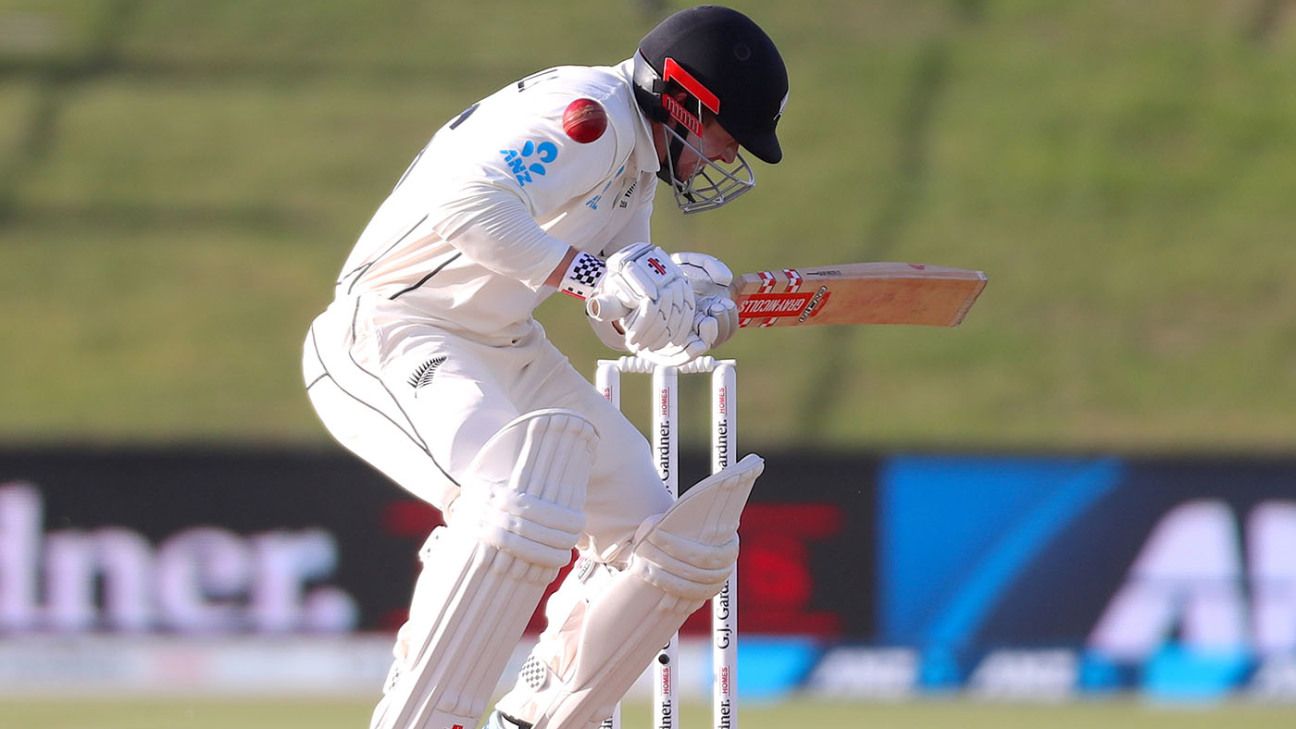 Tom Blundell is on standby to come into the New Zealand team after Henry Nicholls sustained a heavy blow to the head while batting against England.

Nicholls had looked as untroubled as anyone in batting his team towards the close on day two in Mount Maunganui when Jofra Archer struck him with a sharp bouncer measured at 86 mph in the penultimate over of the day.

While Nicholls came through the initial, on-field concussion test and was able to continue batting, he will need to undergo further tests both overnight and before play on Saturday before he is cleared to resume his innings. If he is not, Blundell will take his place.

Delayed signs of concussion are not unusual. Hashim Amla returned to bat in South Africa’s opening World Cup game against England at The Oval, having left the pitch for a while after being struck on the helmet by Archer, but was then ruled out of the next game against Bangladesh.

Hamish Rutherford was hit – again by Archer – early in his innings during the warm-up match between New Zealand A and England last week but, despite going on to make a half-century, was then forced out of the rest of the game due to concussion.

Steven Smith was famously struck on the head by an Archer bouncer during the second Ashes Test at Lord’s in August but resumed his innings after a short time off the field, having passed initial concussion testing. He was ruled out of the remainder of the match the following day after his condition deteriorated overnight and missed the third Test at Headingley.

Smith’s injury led Marnus Labuschagne to become the first concussion substitute in Test history under new ICC rules introduced on August 1 allowing teams to bring in a so-called “like-for-like” replacement for a concussed player during a match. Since then, Jermaine Blackwood has come into the West Indies’ team as a concussion replacement for Darren Bravo, who was struck on the helmet by a Jasprit Bumrah bouncer, and South Africa’s Dean Elgar was replaced by Theunis de Bruyn during last month’s third Test against India after being hit on the helmet by a ball from quick Umesh Yadav.

Blundell has played only two Tests but made a century on debut against West Indies and scored 60 for New Zealand A against England a few days ago.

Nicholls was struck towards the back of the head as he ducked to avoid Archer’s bouncer. There was no glancing element to the blow, with the ball bouncing in front of square into the leg side. He changed his helmet and fended off another couple of short balls pretty well in the remainder of the over.