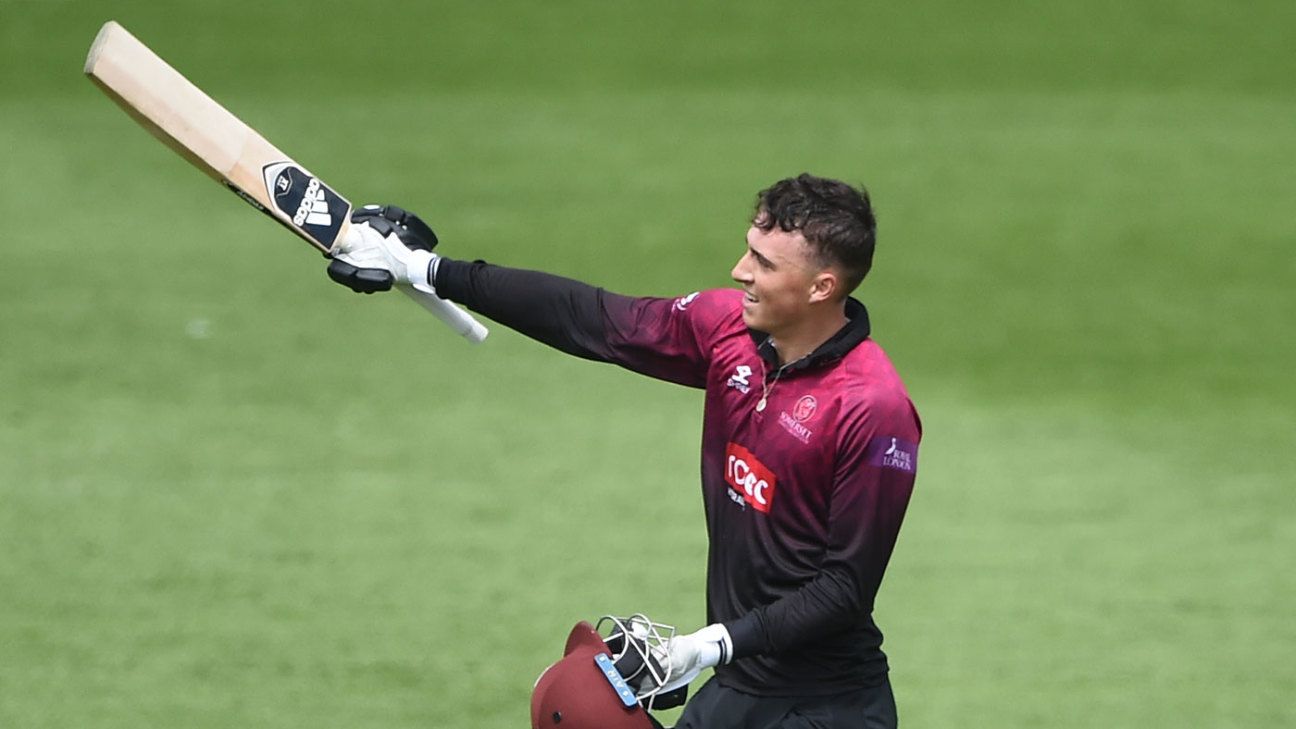 Somerset batsman Tom Banton has been named as the Cricket Writers’ Club (CWC) Young Player of the Year after a breakthrough season that saw him selected in England’s T20I squad for the winter tour of New Zealand.

Simon Harmer, the former South Africa spinner, won the Championship Player of the Year award. Harmer’s haul of 83 Division One wickets helped Essex to their second title in three years.

Banton, who was the second-leading run-scorer in this year’s Vitality Blast and helped Somerset to lift the Royal London Cup in June, said: “If anybody had told me that I was going to have the sort of season I have had back in March then I’m sure I would have bitten their arm off.

“I have surprised myself with how well I have done in Championship cricket. At the start of the season I thought that I was just going to target the white ball stuff and see how the other side went, but luckily for me things have gone well across all three formats.”

The CWC Young Player award has been given out since 1950, with the large majority of winners having gone on to represent England. Recent recipients include Joe Root (2012), Ben Stokes (2013) and Sam Curran (2018). Both the Young Player and Championship awards are voted for by members of the CWC.

Beth Morgan, the former England batsman, was the selected by a panel for the CWC Women’s Cricket Award, in recognition of her long service with Middlesex. This year, she became the only woman to have played in every season of the Women’s One-Day County Championship, since its formation in 1997.

The Lord’s Taverners Disability Cricketer Award was presented to Callum Flynn, the England allrounder who starred during the summer’s Physical Disability World Series.

The CWC also announced Steve Smith’s Men, by Geoff Lemon, as its Book of the Year and honoured the author and publisher Stephen Chalke with the Peter Smith Award, recognising “services to the presentation of cricket to the public”, at its annual lunch in London on Thursday.