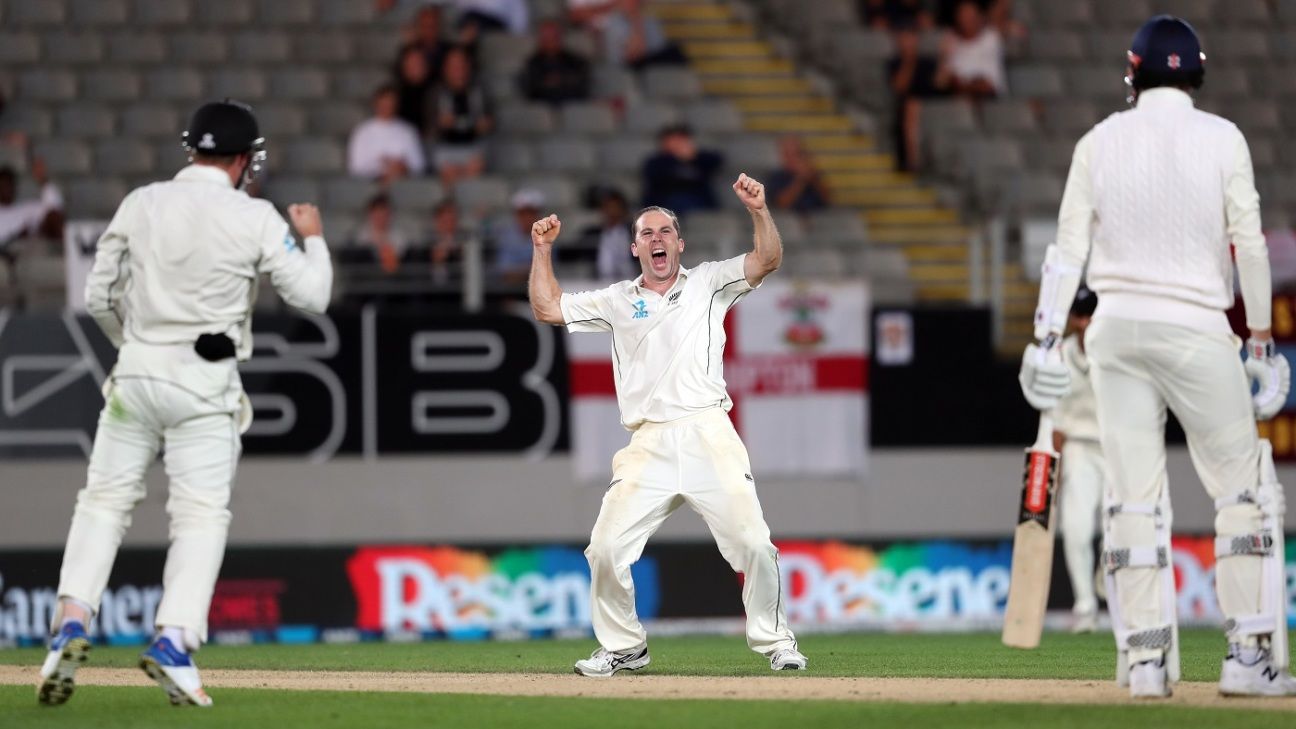 Legspinner Todd Astle has been recalled to the New Zealand Test squad for the series against Bangladesh.

He has been preferred ahead of left-arm spinner Ajaz Patel in what is otherwise a very settled group. Astle has played just three Tests since his debut in 2012, the most recent being against England in Auckland last year before injury ruled him out of the second match of that series and a further setback meant he missed the series against Pakistan in the UAE.

Patel made his debut in Abu Dhabi where he claimed 5 for 59 to help bowl New Zealand to a four-run victory but has claimed just six further wickets in his next four outings.

“The spinning position has been the only real area we’ve changed and that’s been largely dependent on conditions and injuries,” selector Gavin Larsen said. “We’re in a fortunate position having a number of high-quality spinners available, and it’s a tough call on Ajaz who was a star of the UAE tour.

“It’s great though to have Todd fit again and we’re keen to see what his wrist-spin can offer in New Zealand conditions, and he’ll also bolster the batting.”

Allrounder Mitchell Santner was not considered for the squad as he continues to be carefully managed following his long lay-off with a knee injury but is being earmarked for a return to first-class action in the next round of Plunket Shield matches.

The uncapped Will Young is again included as the spare batsmen.

The three Tests take place in Hamilton, Wellington and Christchurch with the opening match starting on February 28.