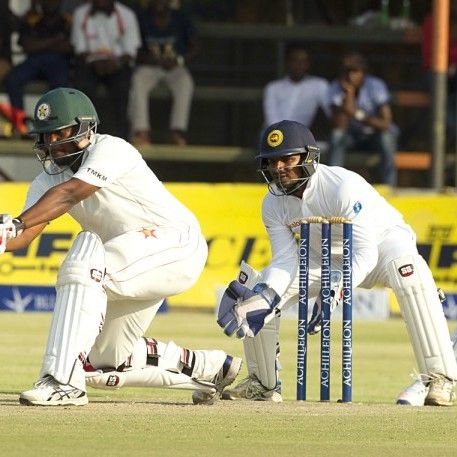 Mountaineers secured their third successive Logan Cup title with their win over Mashonaland Eagles last week, having lost only one game out of five this season and Tino Mawoyo, their shrewd and accomplished captain, wants the tournament to be longer going forwards.

As part of ICC-backed austerity measures, Zimbabwe Cricket abridged the current domestic season, reducing the number of Logan Cup matches to six, and did away with the Rising Stars team who won last year’s Pro50 tournament. In mid-January, the domestic season was also disrupted by widespread unrest in the country, resulting in postponed fixtures.

“Logistics will always be a tough one, especially with what’s happening at the moment,” Mawoyo told ESPNcricinfo. “But I thought – and these have been my thoughts for a long time – that we just don’t play enough domestic cricket. This season we had six first-class games, and in my opinion, if we’re wanting to compete and get back to where we know we have been in international cricket, we need to try and get a little bit more game time.

“These are my thoughts and I’ve shared that with the powers that be. I hear that next season is going to start much earlier, and pre-season for all the franchises, so hopefully that’s a step in the right direction and more domestic cricket for us.”

Mawoyo also reflected on his team’s successful campaign after a hat-trick for Shingi Masakadza and Timycen Maruma‘s second consecutive hundred helped Mountaineers secure the domestic title for the third season in a row.

“Timycen has been brilliant, and in conditions that haven’t really been suitable for batters some of the time,” Mawoyo said. “We’ve been batting first on wickets that have been a little slow and offering assistance to the seamers.

Shingi Masakadza last not played an international game in four years but he is still a potent force in domestic cricket, as he showed when he shattered Eagles’ first innings with his hat-trick and played a major part in forcing them to follow on 239 runs behind.

First he broke what was proving to be a dangerous sixth-wicket partnership between Regis Chakabva and Chamu Chibhabha by having Chakabva caught behind for 46. The next ball reverse-swung and so deceived the new man Elton Chigumbura, who shouldered arms and lost his middle stump. Trevor Garwe could only edge his next delivery into the slips, completing the first hat-trick in four years of first-class cricket in Zimbabwe; Taurai Muzarabani did it for Eagles against Tuskers at Harare Sports Club.

“I had suffered a side injury, so I was actually not on the field when he took that hat trick,” Mawoyo said. “I was lying on a physio bed off the field. He’s bowled really well. We left him out in the last game, but he’s come back in this game and proved that he’s still a quality bowler. His experience counted, and you know he can still do the job that he’s done for us for over a decade. He bowled really well, [and the hat-trick was] very much deserved.”

Mawoyo’s squad includes members of the old firm such as Hamilton Masakadza, Donald Tiripano and Forster Mutizwa, as well as some bright new talents in wicketkeeper batsman Tafadzwa Tsiga, who cracked his maiden first-class ton this season, and bowling allrounder William Mashinge, who picked up 15 wickets in five matches with a best of 5 for 38.

“Experience is really important, and we’ve got that in our squad,” Mawoyo said. “But I don’t think it’s just the experience, it’s also the youth coming through. Young William Mashinge we’ve got. Young Tafadzwa Tsiga, the wicketkeeper. And those guys are coming to the party and playing their part in supporting the experience that’s in this team. None of them have looked out of place in domestic cricket. There’s been a mix of youth and experience coming together well.”

Due to the postponement earlier in the season, Mountaineers have one more Logan Cup match to play before the season switches to limited-overs cricket. They lost to Rising Stars in the final of last season’s fifty-over tournament, and Mawoyo said that his team would be focused on going the distance this time around.

“I’ve totally enjoyed captaining this team,” Mawoyo said. “I’ve done it for a few years now and I get on well with the guys. It always helps when you’ve got the batting and bowling department doing particularly well. It makes the job much easier. We’ve had some bumpy rides over the years, and after this Logan Cup game we just want to make sure we finish off on a high and going into the shorter format of the game, make sure that we get that right. We didn’t manage to win in the final last year against Rising Stars, and we’ll be looking to correct those mistakes this time around.”