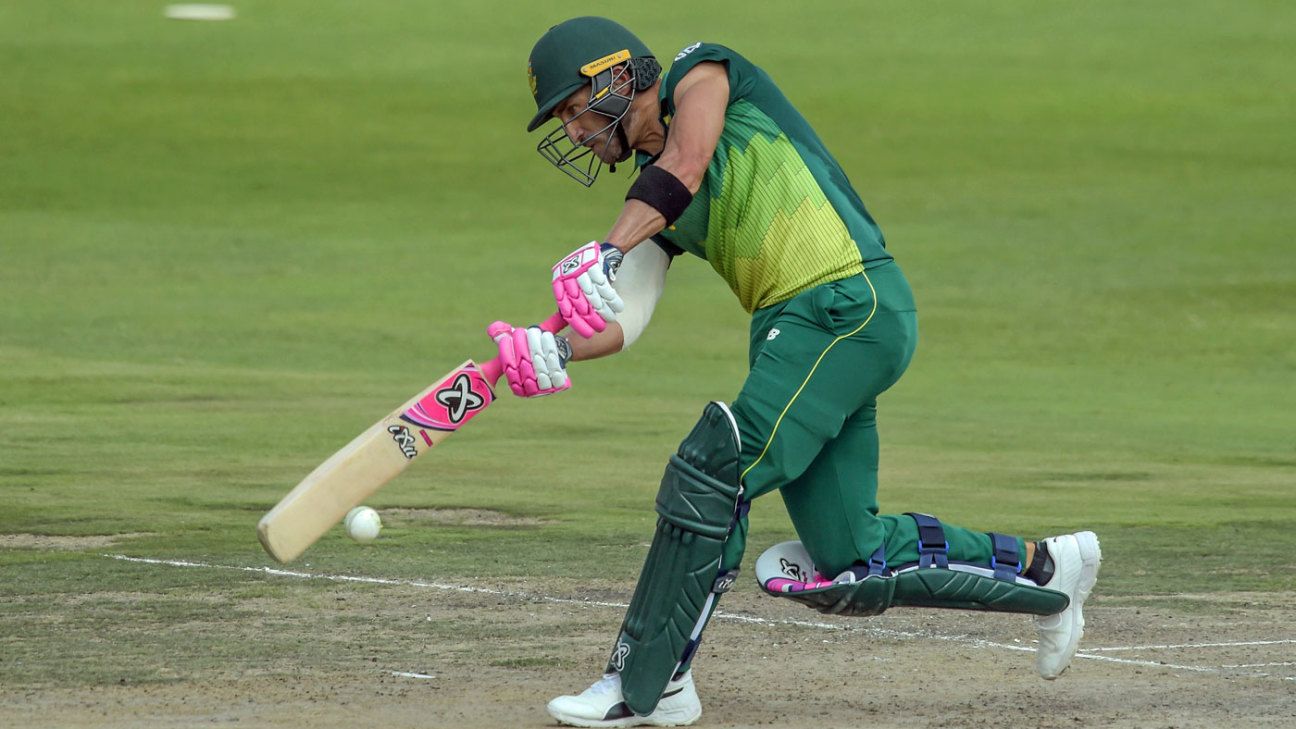 Fast bowling has been South Africa’s talisman this season. On pitches tailor-made to suit them, the quicks have dominated both South Africa’s engagements and the headlines, and amid falling batting averages the official line has been that as long as South Africa are winning, who cares if the runs aren’t coming?

But a closer look at the numbers shows that while the feeling of a general malaise in South African batting at home is perhaps justified, all batsmen are not struggling equally. While others have floundered, Faf du Plessis has lead from the front as he seeks to transform himself from merely very good to great ahead of the World Cup.

“Probably about a year or two ago, I wanted to transition from a good player to try and become a great player,” du Plessis said after the second ODI against Sri Lanka, having made his seventh score of fifty or more in his last seven internationals that afternoon. “So I challenged myself mentally that when I get to 30s and 40s, I want to make big runs. And that mental shift is really the difference.”

It’s a marked difference. Du Plessis’ cross-format average over his entire career is 43.71. Since the 2017, he has scored his international runs at 49.08 with his ODI statistics – 1663 runs at 66.52, with two hundreds – most eye-catching of all over this period.

His is a lead most of South Africa’s top order is desperately seeking to follow. David Miller enjoyed spectacular success in Australia in November, but he is averaging 25.33 in ODIs at home this summer. Reeza Hendricks, 30.11. Hashim Amla appeared to have turned a corner in the ODIs against Pakistan, but his numbers dipped again in the Tests against Sri Lanka, and the selectors seem to think he could do with some time away from the spotlight.

Aiden Markram, also not part of the current squad, has been breaking world records in the Momentum One-Day Cup, but his career ODI average is just 25.43, with a solitary fifty to his name, and when given chances this season his returns have come at 31.83. JP Duminy’s shoulder injury has kept him out of action for the Proteas for four-and-a-half months, and his return for the Cape Cobras last weekend lasted all of two balls.

The top order’s numbers aren’t all so iffy. After years sharpening his talents in various cricketing hinterlands, Rassie van der Dussen has arrived fully formed – and just in the nick of time for the World Cup – in international cricket, and he is averaging 91.66 after seven ODIs. That number must surely come down eventually, but van der Dussen has given himself the best possible start.

Quinton de Kock has also enjoyed a renaissance over the last few months, and like du Plessis, he has a shot at leveling up to achieve greatness. But the catalyst for de Kock’s turnaround after a difficult 2018 is harder to pin down.

“My normal state of mind is to try and put the bowler under pressure,” he said after his 94 in the second ODI. “Play the ball on merit.”

De Kock burst out of the blocks with 12 fours inside the Powerplay on Wednesday, but insisted after the match that he hadn’t set out to hit that many, that there wasn’t much of a plan. And that there usually isn’t.

“I don’t try and go at 100 miles an hour, to be honest,” de Kock said. “It just happens. I don’t go out there saying I’m going to try and tonk every ball for a boundary. I guess it just happens for me.”

If there’s anything to quibble about in those numbers, it’s that de Kock has not converted as many of his innings into hundreds as he possibly might have – something he readily admits.

“Lately I haven’t been converting these 80s and 90s into the bigger scores that I’ve wanted to, so I am quite disappointed,” de Kock said after he fell six runs short of what would have been a 14th ODI ton on Wednesday. “But going forward, my confidence is high.”

“[My plan is] just keep scoring runs. I’m just going to keep going with the routine I have. It’s doing well for me at the moment, so I’ll just keep doing what I’m doing. That’s cricket for you. Every season you find something different that works for you.”

Du Plessis and de Kock are striving for the same thing, but each has found a different method that works for them. They’re getting there, but as the World Cup countdown keeps ticking, time is running out for their team-mates to plot their own routes to success.