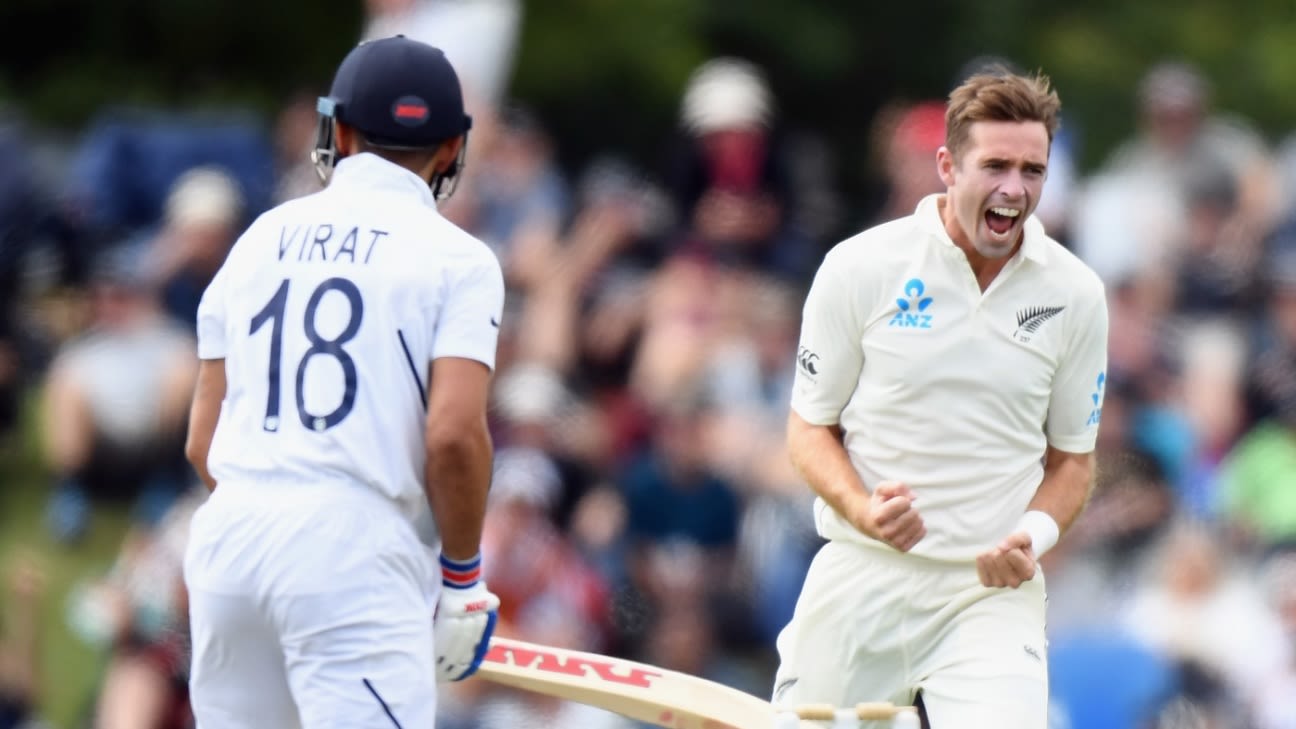 Southee took the Winsor Cup for first-class bowling after claiming 41 wickets at 22.31 over the voting period with eight of his nine matches being Tests where he claimed 40 scalps.

Latham scored 875 runs which included centuries against Sri Lanka and England plus 224 for Canterbury against Wellington in the Plunket Shield – the same match where Conway scored an unbeaten 327.

“It’s a great honour,” Southee said during the awards which are being presented virtually throughout the week due to the coronavirus pandemic. “When you see the great players who have won the award in the past it’s pretty humbling to see my name on it.”

“The Test win in Colombo was really special as we were able to bounce back from a defeat in Galle in challenging conditions. The way we played our Test cricket at home this summer was especially pleasing. To beat England first up was a great effort and then to perform so well against a very good Indian side was immensely satisfying.”

On the domestic front Conway, who was born in South Africa and becomes eligible for New Zealand in August, made it back-to-back player of the year titles following a prolific season for Wellington where he became the first player to top the run-scoring across all three formats: Plunket Shield 701 runs at 87.72, Ford Trophy 553 runs at 55.30, T20 Super Smash 543 runs at 67.87.

“It was a brilliant season for the Firebirds,” he said. “We’ve got a great culture in the team and to claim two of the three trophies was a huge effort; especially winning the Plunket Shield after something like 16 years which was really special.

“I didn’t ever expect to win this award two years in a row so it’s certainly something I’ll cherish and it’s a pretty awesome feeling to be honest. I’ve got to say thank-you to the team management, support staff and my team-mates – I couldn’t have achieved these awards without their help so I’m really grateful to them.”

Gurrey was named women’s domestic player of the year and also took the domestic batting honour after compiling 992 runs in the one-day and Super Smash tournaments. “It means a lot,” she said. “To win any award at this level is a great honour. It’s one of those awards that you hope you may win one day – and now to have achieved it is an amazing feeling.”

Jess Kerr, who made her ODI and T20I debuts earlier this year and was part of the T20 World Cup squad, took the domestic bowling prize after claiming 20 wickets in the Super Smash – the most across the men’s and women’s tournaments.

The international segments of the awards will take place on Thursday and Friday along with the announcement of the Sir Richard Hadlee Medal.