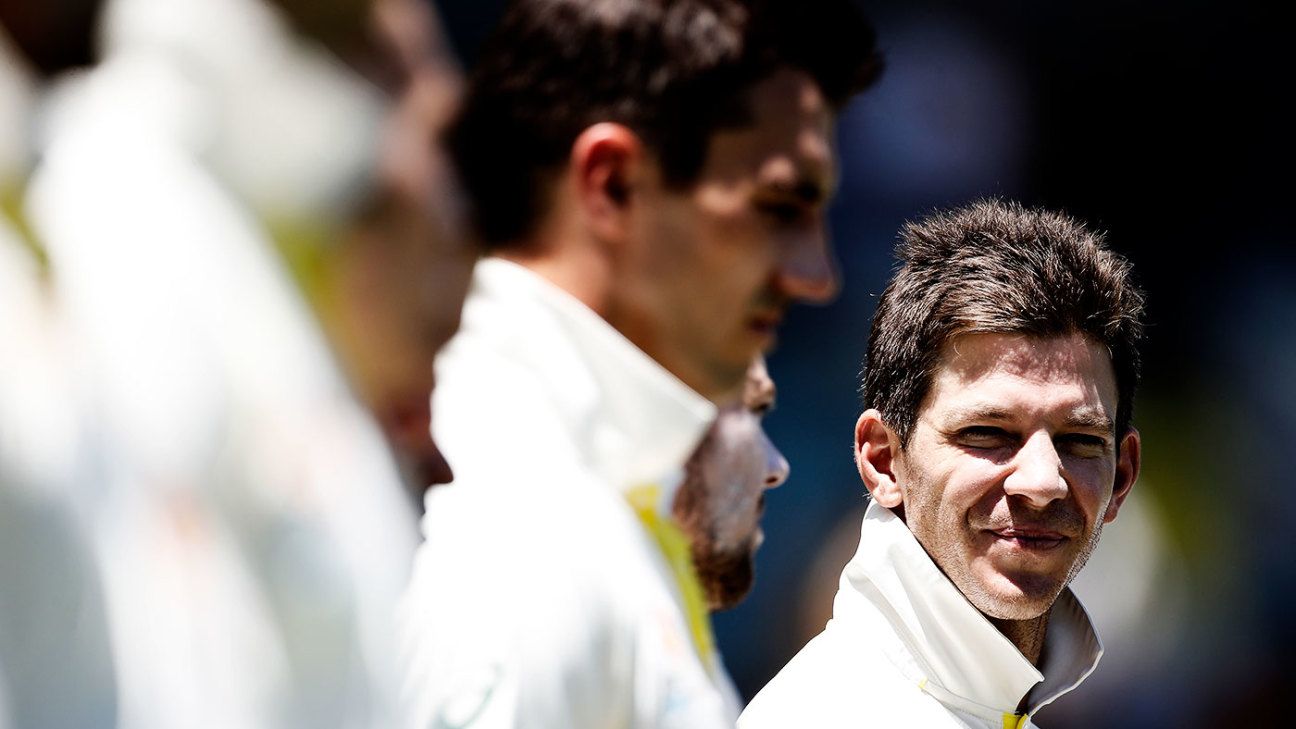 Good sporting teams, it is said, know how to respond to defeat. Great ones, however, become masters of maintaining their hunger and rage in the aftermath of victory. Australia’s national team right now is a long way from becoming a great or even a good team, and their sole experience of playing in the wake of winning this season was far from a happy one.

Stung by memories of a flat performance in the Boxing Day Test after levelling the series against India in Perth, Australia’s captain Tim Paine has counselled his team to be at their most vigilant against Sri Lanka, in the inaugural Test match to be played at Canberra’s Manuka Oval.

Widely lauded for a lively defeat of Virat Kohli’s team at the new Perth Stadium, the Australians reconvened in Melbourne with heavy legs and minds, turning in a lethargic performance in the field that was to be compounded by an alarming lack of application with the bat. While Dinesh Chandimal’s side represent nowhere near the same level of challenge, Paine was adamant in stressing the need for his men to learn to take the right approach into what is their final Test before the Ashes in England, more than six months from now.

“We’ve spoken a little bit about our attitude, the way we turn up for our two training sessions here and tomorrow morning,” Paine said. “We touched on how we had a great win in Perth against India and then I thought we turned up pretty poorly and really flat in Melbourne and started that Test match pretty ordinarily. But then you get a good side like India in front of you and we really couldn’t reel them back in.

“It’s just been making sure our attitude to this Test is spot on and we’re leaving nothing to chance. If we do that, start as well as we can tomorrow and put Sri Lanka on the back foot where we finished in Brisbane. That’s been the message. A lot can change in six months but performances this summer will be taken into account, every Test match you play is really important, this one because we want to win the series, we haven’t won a series for a while.

“Going forward we want to start building some momentum and having some guys that are performing around this group. Having said that there is plenty of opportunity for guys a the back end of the season for pressing their claims with the Dukes balls with a big series coming up, it will count toward that but it is not the be all and end all.”

The inconsistency of Paine’s team, summed up by the lack of even a single century from any of the batsmen over six Tests dating back to Dubai in October, has been maddening for the coach Justin Langer, familiar as he is with Australia’s era of vast and sustained success in the 1990s and 2000s. Geoff Lawson, the noted coach and commentator, once summed up Australia’s greatness during this period as follows:

“It’s easy to say ‘well we won last week or last year’ and not play your best, but that Australian team just did that to the nth degree, and that’s what made them so hard to beat. Even when they were starting to decline with great players going out and not so great players coming in, they were still tough to beat because they had the right attitude.

“It didn’t matter who their captain was, who their coach was. I guess it’s what people refer to as culture, but culture is behaviour, you’ve got to behave, and as an observer, it didn’t matter which country, where or when, they’d be there early doing their thing. If I was in the opposition and I looked over at Australia warming up I’d think ‘ah, ok, they’re serious today’. There’s nothing flippant about what Australia did. They weren’t a laughing matter.”

Finding a way back to that level of mental strength and consistency continues to be chief among Langer’s challenges, as summed up by the flickering performances of two senior players in Mitchell Starc and Usman Khawaja. Neither have been able to provide the sort of leadership by performance that has been desperately needed in the absence of the banned Steven Smith and David Warner, but both have chances in Canberra to excel in their customary positions – Khawaja at No. 3, and Starc with the new ball, which will again be denied to Pat Cummins.

“We’ve used Starcy for a long time with the new ball and we think he is still our best new-ball bowler when he gets it right, so we’ll always give him the first few,” Paine said. “Hopefully he can swing a few and if he does we know he is more than likely to get an early breakthrough. What we have done is brought Pat on a lot earlier than what we have done in the past.

“We’re still reasonably happy with his output. He’s not 100 per cent at his best but I think that’s a sign of how good a bowler he is that he’s still finding ways to pick up wickets at certain times, and like I said post-Brisbane Test that when he gets it right he’s going to be devastating. Hopefully it will be this Test straight up tomorrow morning or potentially some reverse-swing when he is devastating. Hopefully there’s a chance of that happening here.

“Usman is a very experienced player, he knows what he wants to do and how to go about it, he just hasn’t scored the runs he would like. He had that [knee] injury at a time he was batting the best he’s ever batted. He’s the same as Starcy, he’s one innings, half an hour away from being one of our best players. We know that.”

An unchanged team meant no room for Will Pucovski or Marcus Stoinis, and a further chance for Kurtis Patterson, Joe Burns and Marnus Labuschagne to press their own claims to spots on the plane to England. When Paine sits down to reflect on the summer of 2018-19, he will undoubtedly see it as a point in time where fresh names emerged for the Test team. “We’ve unearthed some players that are going to have good Test careers,” he said.

“We haven’t had the wins we would like and sometimes it’s easy to look at the negatives, the losses and the lack of hundreds and whatnot, but I think when we sit back and take in this summer and plan going forward, we’ve unearthed some really good cricketers, batting, bowling, Jhye Richardson, Marnus, Travis, Marcus Harris, a number of guys coming through. When you add to that some experienced players who could be coming back, there’s going to be a really good period of cricket coming up for our team and for Australian fans to watch.”