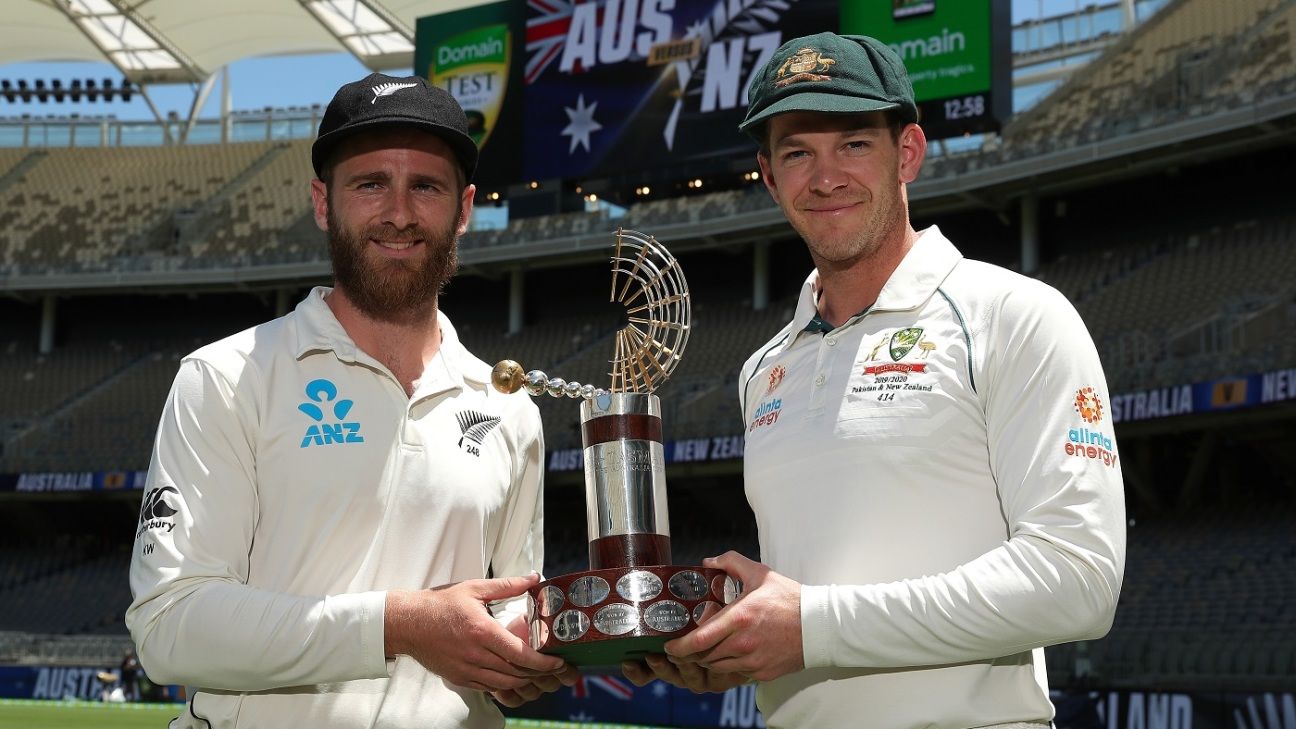 Tim Paine is relishing the prospect of his resurgent team being challenged by the second-best side the world and expects the pink-ball encounter in Perth to play to New Zealand’s strengths.

Australia produced impressive cricket in the recently concluded two-Test series against Pakistan, and are set to name an unchanged team for the third match in a row, but the opposition barely competed beyond the opening session in Brisbane. It could be that Australia pull away in similar style in this series – there is a hint of the home aura returning – but they are unlikely to be offered the freebies that came their way at the Gabba and Adelaide Oval.

“New Zealand are the second-best team in the world; they have some world-class players throughout their line-up and we know New Zealand teams have always been really tight, well-planned teams and very difficult to beat,” Paine said. “My message to the [Australian] team has been that if we continue to play the way we are we’ll continue to have success, it’s just that against the better teams we are going to have to do it for longer periods.

“New Zealand will certainly work us over, there will be times when we are under more pressure, but as I said to the boys – that’s why we play, we want to be part of big series and this is one of those.

“We played some bloody good cricket against Pakistan and we want to continue that, but we are just looking forward to a really good team coming to our backyard and testing us. That’s what gets Steve Smith, David Warner, Pat Cummins up and about, playing against the best players and best teams. I think it’s going to be a really tough, competitive series and we should all be excited by it.”

New Zealand have acknowledged, in their very calm, understated way, that they have been served the toughest hand possible by starting the series in Perth – in terms of the pitch and weather – but in the pink ball they may have an element that helps balance the scales even though they are coming into the match off two red-ball Tests and without a warm-up match.

“The change in conditions and adapting is the first step,” Kane Williams on said. “Whether you’ve played with a pink ball or not is outside our control. A lot of the guys have played with one before. So, the preparation over here has been important to make those adjustments as quickly as possible. It’s always hard to know what the perfect preparation is. The guys are excited about the challenge and the spectacle that is pink-ball cricket, which attracts some nice crowds and a very good atmosphere.”

The pitch is expected to provide good pace and carry with cracks emerging later in the contest, but head groundsman Brett Sipthorpe does not expect “massive canyons” largely because the drop-in surfaces are within their own trays which prevent cracks from widening too much.

“New Zealand’s attack are excellent exponents of swing bowling. It’s going to be a very difficult Test, the pink ball can potentially suit them, so we’ll have to be at our best but we enjoy playing on surfaces that have pace and carry.”

“I remember two-inch cracks that used to be at the WACA running up and down. They crack more like a plate here. It’s different,” Sipthorpe said. “And because of the moisture we’ve got underneath – there’ll be plenty of cracks, but I don’t expect them to blow wide open. I mean you might see cracks of an inch or something like that. I can’t imagine them being massive canyons.”

Paine hopes to see a similar surface to last year’s Test against India where ball held sway throughout but batsmen who showed application and skill were able to score runs.

“I thought that Test was outstanding to watch, very entertaining, difficult to bat on which makes for better Test matches,” he said. “Hopefully it’s similar and we can see some real pace and bounce. There’s going to be some pretty extreme heat in the first three days, so perhaps it will crack up and be difficult at the back end. Hopefully it’s something like last year and I think people enjoy watching that.

“There’s one difference to last year and that’s the pink ball. New Zealand’s attack are excellent exponents of swing bowling. It’s going to be a very difficult Test. The pink ball can potentially suit them, so we’ll have to be at our best but we enjoy playing on surfaces that have pace and carry. It’s a tough venue for touring team to start, then the pink ball adds another dimension.”

Paine is a supporter of pink-ball day-night cricket and followed his comments after the Adelaide Test, where he said people needed to stop comparing the pink and red balls, by lauding the new dimensions the format has brought to Test cricket. However, the impact of the nighttime portion of this match may be lessened by the earlier start.

“What makes the pink-ball game so fascinating is that there will be different tactics: New Zealand will be looking at things and may do it slightly differently to us,” he said. “It’s all about trying to make sure you are doing what you want in the right conditions. I think it adds another layer to Test cricket, the tactics of declarations, batting or bowling first is slightly different. Again I think it’s something bowlers in particular enjoy but I think it’s another great layer to game.”