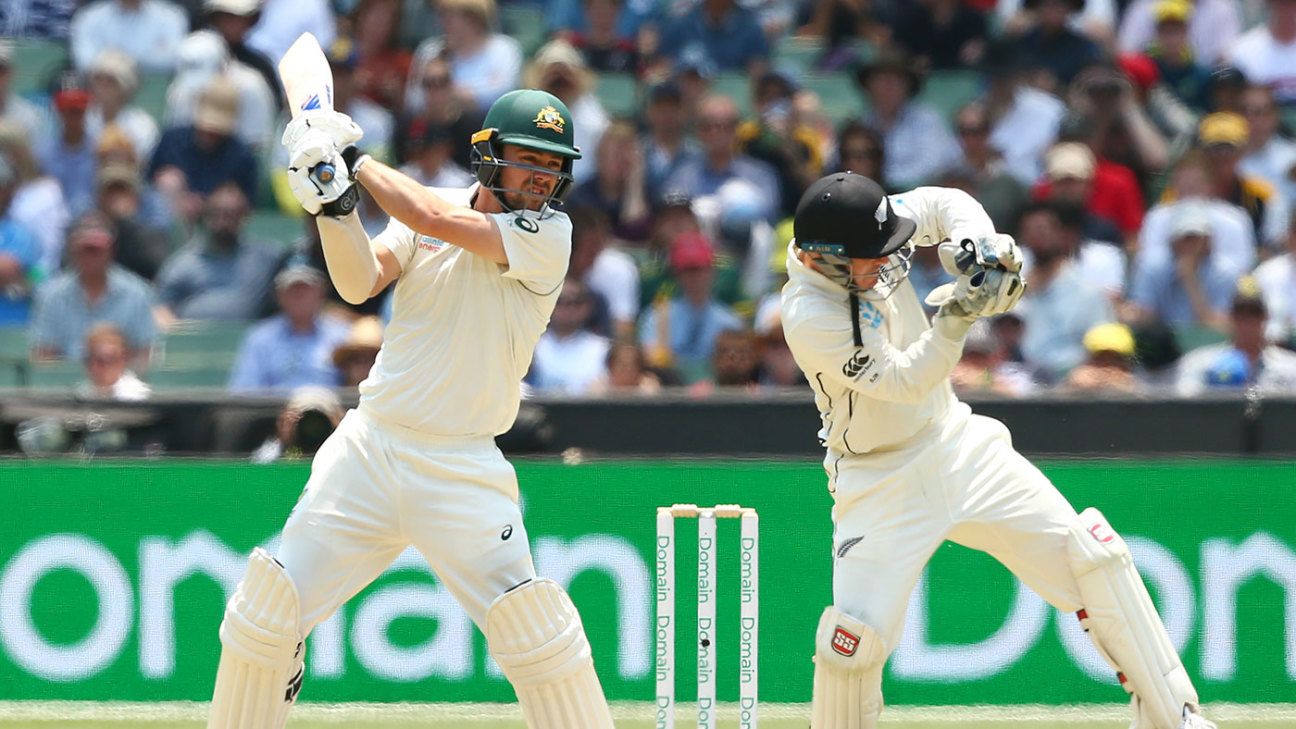 Between getting publicly roasted by Ricky Ponting for his first-innings dismissal in Perth after being set, widely discussed as a possible omission from the Boxing Day Test should Australia play a fifth bowler, and then corralled by New Zealand over the course of a grinding stand with Steven Smith that looked like it was digging a hole as much as building a platform, Travis Head was due for a helping hand of some sort.

Fortunately for him, it arrived in the shape of his captain Tim Paine‘s enterprising 79, an innings that provided the 25-year-old with enough breathing room to forge a second Test century in front of a big December 27 crowd at the MCG, and go some way towards demonstrating that he is adding the ruthless side to his batting that Ponting had implored him to think about after driving a catch to cover when the visitors had appeared to be at his mercy in the west.

Head’s attitude to Perth had been that of a realist, combining annoyance at his dismissal with more constructive thoughts about how well he had been able to start the innings. Looking better balanced at the crease in Melbourne, and also bolstered by some calm counsel from coach Justin Langer, Head was able to deliver the sort of score needed by both himself and the team, even if he spent more than 40 balls in the 90s to get there.

“I’m a little bit unconventional and happy to do that, as long as I have a really sound game plan around what I need to do”

“Disappointment at not getting a big score but also the positivity of getting a good start,” Head said of the Perth experience. “I’ve been really happy with how I’ve been starting innings over the last few months, especially this season, so it was about making sure I go on. I was more disappointed getting out in the second innings and looking back to how my week panned out – probably even more frustrated after my second innings about the first innings. But it was nice to go out last night, get us into stumps and then start my innings how I’d like and how I have been. Going on with it was nice.

“I think it helped that Tim came out and struck the ball as well as he did. Definitely took a lot of pressure off me, I don’t think I changed the way I went about it, especially to [Neil] Wagner, Tim took him on and played exceptionally well and was very positive, plays the pull and hook shots extremely well. That was his game plan and at the other end left-hand/right-hand definitely helped with the momentum and putting pressure back on their bowlers. Exceptional day for Tim as well and he took a lot of pressure off me in the partnership.”

The angles of attack chosen by New Zealand were in some ways helpful to Head. Relatively few of their deliveries were actually hitting the stumps, something that was welcome to a batsman who averages a little more than 26 in Tests against balls on line to hit the wickets. “They were exceptional, they had some really good plans to tie me down, the wicket probably plays a factor as well,” Head said. “Probably on the slower side and I found it very difficult to drive.

“I took experience from Adelaide’s drop-in (pitch), with the thatchiness of the grass and the ball that holds up and over the years they’ve been difficult to drive, so I can’t really recall many cover drives for me over my innings. It was about making sure I was really tight in defence and waiting for a cut shot or one off my pads. A very refined blueprint for me today and credit to New Zealand, at times it was difficult, they stemmed the scoreboard, and it was important for me, like last week, when those periods are difficult, soak it up and then there’ll be periods where it breaks open.”

As for the long time in the 90s, and the perception that he has often been a player who “looks good but gets out”, Head said that both were elements that were evolving with his own, growing maturity in the game. “Over the last couple of years, as I’ve matured I’ve been able to get more hundreds,” he said. “It was pretty lean early days in my career and I think over the last two or three years I’ve been able to get big scores and go on with that.

“As I was younger, I think I tried to get through those 90s a bit quicker than I should have, and over time you get more mature and you can relax, and I was happy to do it in ones. Happy to nudge my way there, it probably took a bit longer than I thought, but New Zealand bowled some really good spells where it was very difficult to score, so pretty proud of the fact I was able to keep them out there.

“I think you see the way I bat I can get into some pretty awful positions and I can hit the ball in some pretty weird spots. Come down and see me hit in the nets and it’s even worse. Absolutely no care with that, I’ve had some of my worst net sessions leading into Test matches or games for South Australia (and) then I’ve come out and played really well. So different guys hit the ball and move in different ways, I’m a little bit unconventional and happy to do that, as long as I have a really sound game plan around what I need to do.”