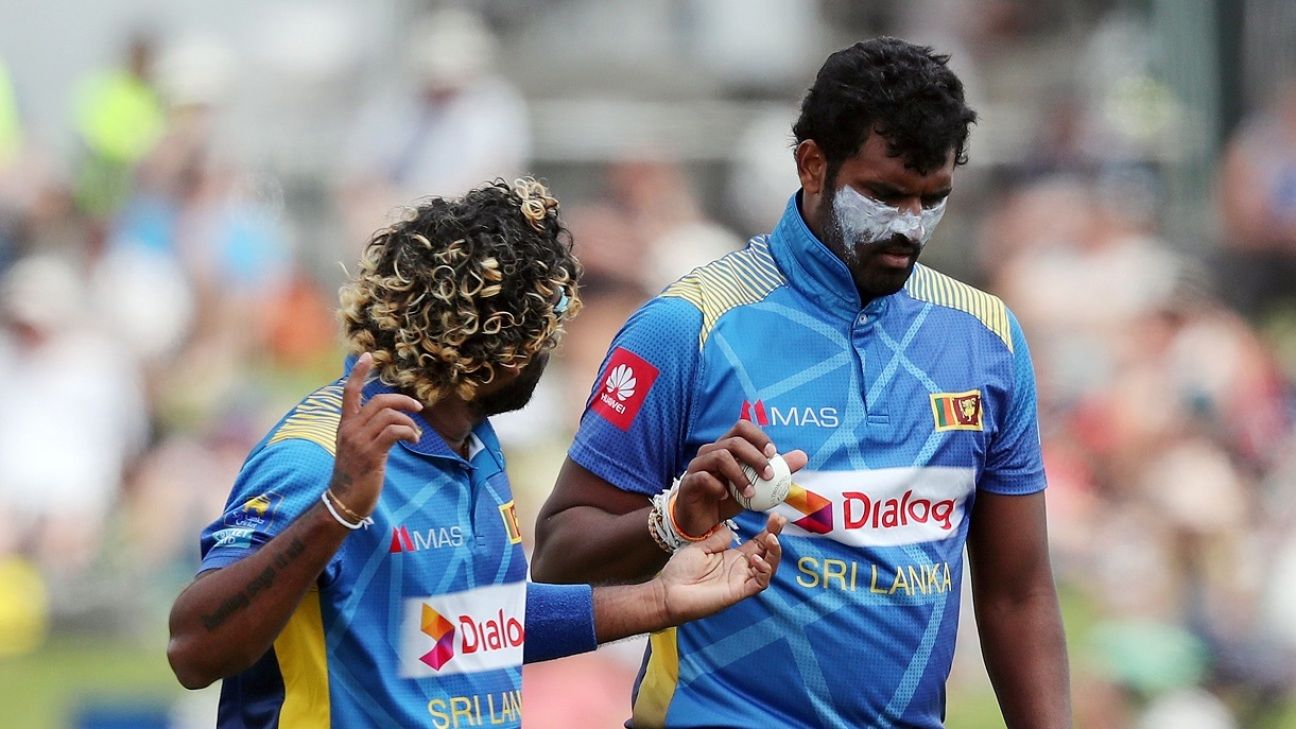 Thisara Perera has raised questions about the ODI team’s leadership with Sri Lanka Cricket in the aftermath of a social media beef between him and captain Lasith Malinga’s wife. He has also described the team as “a laughing stock to the whole country” because of the exchanges unfolding on social media, and asked that the board “intervene”.

Thisara, a former limited-overs captain himself, had ostensibly been the target of a Facebook post made by Malinga’s wife, Tanya Perera, early this month, in which she appeared to have alleged that Thisara had gone to meet the country’s new sports minister in an attempt to secure his place in the national side.

Thisara then took to Facebook to defend himself, pointing to his excellent ODI record in 2018. Then, a few weeks later, following what he claimed was another post targeting him, he has taken the step of writing a letter to SLC CEO Ashley de Silva.

Excerpts of the letter are as follows: “When these kinds of accusations are made by the incumbent captain’s wife on social media, it is hard to prevent the general public from believing and further slandering me in various ways.

“There has been a general sense of unease in the dressing room ever since [the Facebook post] and to be honest the environment was rather unpleasant for the youngsters especially when two senior players were not on the same page. We cannot play as a team with friction. The leadership’s role is to create stability and unity within the team even before one could start with a game plan. In this instant I regret to say we had none of the above.”

“We are at the verge of the World Cup. Our focus and attention should be on performing well at it instead of bickering over social media on pointless issues. This team is in dire need of steady leadership and guidance. Importantly, and environment of unity is needed… These issues need rectifying ahead of the World Cup. The leadership and seniors of the team must set the example for this.

“We have become the laughing stock of a whole country all because of one person’s personal vendetta. This is not something to be taken lightly, especially at a time like this. I humbly request SLC to intervene and help us overcome our difference and move forward with a renewed confidence and sense of unity.”

Malinga was made captain of the limited-overs teams by the new selection committee, headed by Ashantha de Mel, ahead of Sri Lanka’s one-dayers in New Zealand. Thisara had been limited-overs captain in late 2017, after agreeing to lead the side in Sri Lanka’s first tour of Pakistan since the 2009 terror attack.