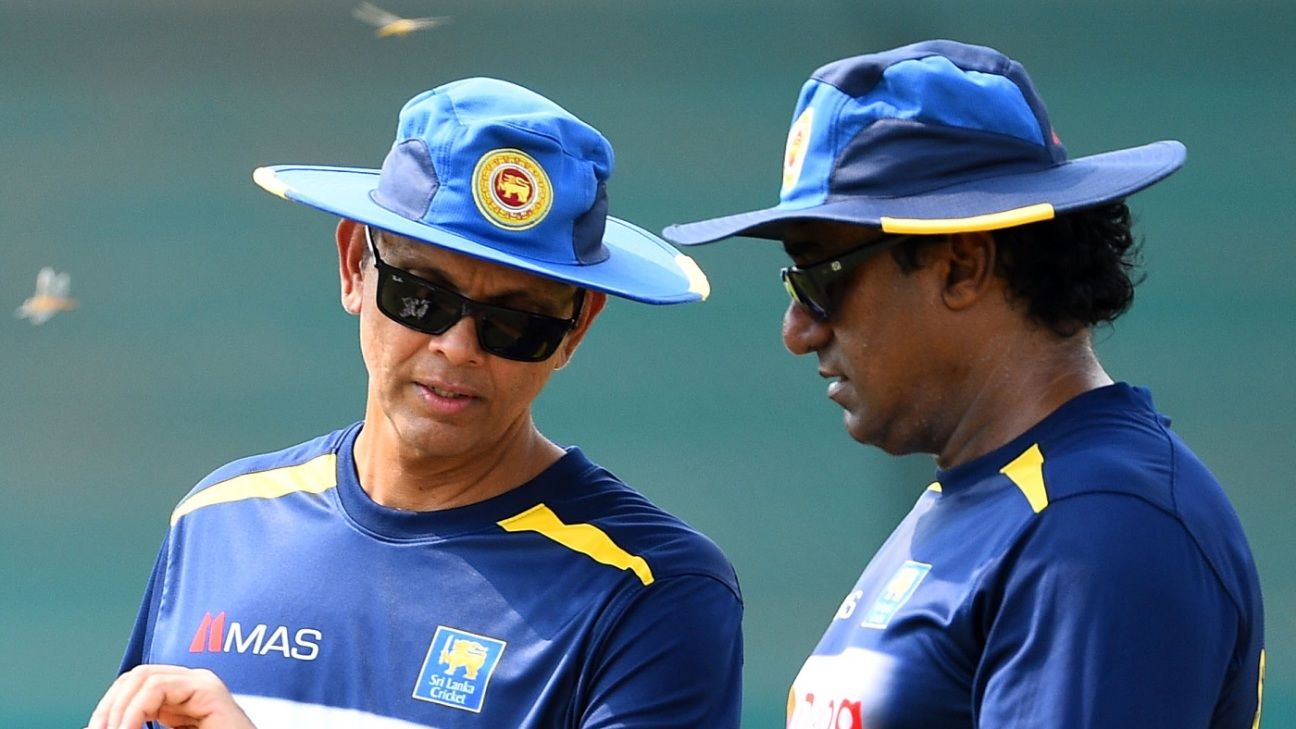 In what could be seen as encouraging developments for the prospect of Sri Lanka playing a Test series in Pakistan before the end of the year, Sri Lanka coach Rumesh Ratnayake said he hoped this series would encourage more Sri Lankan players to tour Pakistan. The three-ODI, three-T20I series currently being played by Sri Lanka in Pakistan is in lieu of the originally scheduled two-match Test series which was postponed owing to several first-team Sri Lankan players’ reluctance to tour Pakistan at this time.

“This will be a pre-cursor for that [Test] tour [in December],” Ratnayake said. “I’m sure this will certainly encourage the others to take decisions, but we can’t enforce it on them. They have taken a decision and we have to respect that, but certainly if things go well, this will be a huge thing for the future, not only for them but for all other countries to be here.”

The tour was affected by ten Sri Lankan players deciding against touring, resulting in Sri Lanka selecting a somewhat inexperienced team to tour Pakistan. Compounding their problems, head coach Ratnayake said the team’s “preparation hadn’t been that good”. Regular afternoon rains during much of the last week inhibited the teams’ ability to get full training and practice sessions in, and Ratnayake revealed wet weather in Sri Lanka had hampered their ability to turn up fully prepared.

“Even before we came here, the preparations were hampered by rain. It seems as if it’s raining in the whole world. We had only had a day’s training outside, and today was the second day. So as you can imagine, the prep hasn’t been all that good, but that’s not going to be an excuse because they are all professional players. “The people who have taken their place are challenged to do well, it’s for their future also, so I hope there won’t be any rain.”

If anything, the elements may throw up the opposite challenge for the sides. Following a week with unseasonal, torrential downpours in a city completely ill-equipped to deal with them, a stiflingly hot, humid weekend meant spending much time outside practicing would push players’ physical fitness to the limit. Ratnayake, however, was already busy working away at several strategies to motivate his players, which included playing up to the image of his side being comprehensive underdogs.

“There are various ways of motivating them. One is the challenge of facing this Pakistan team, and we talked about the Pakistan team being Goliaths and us not. That’s the sort of the way we are motivating them, but they are professionals and I’m sure they’ll do what’s needed to be done.

“The challenge today was from the heat rather than the rain. It was sunny but the focus was for the batsmen to know the sort of conditions they will face during the match, and ensuring they train well enough to be prepared for whatever comes their way.”

While much of Pakistan will be tuned in to the cricket over the next week, they will, like Ratnayake, be hoping the Sri Lankan players who opted to stay home will be watching closely, too.