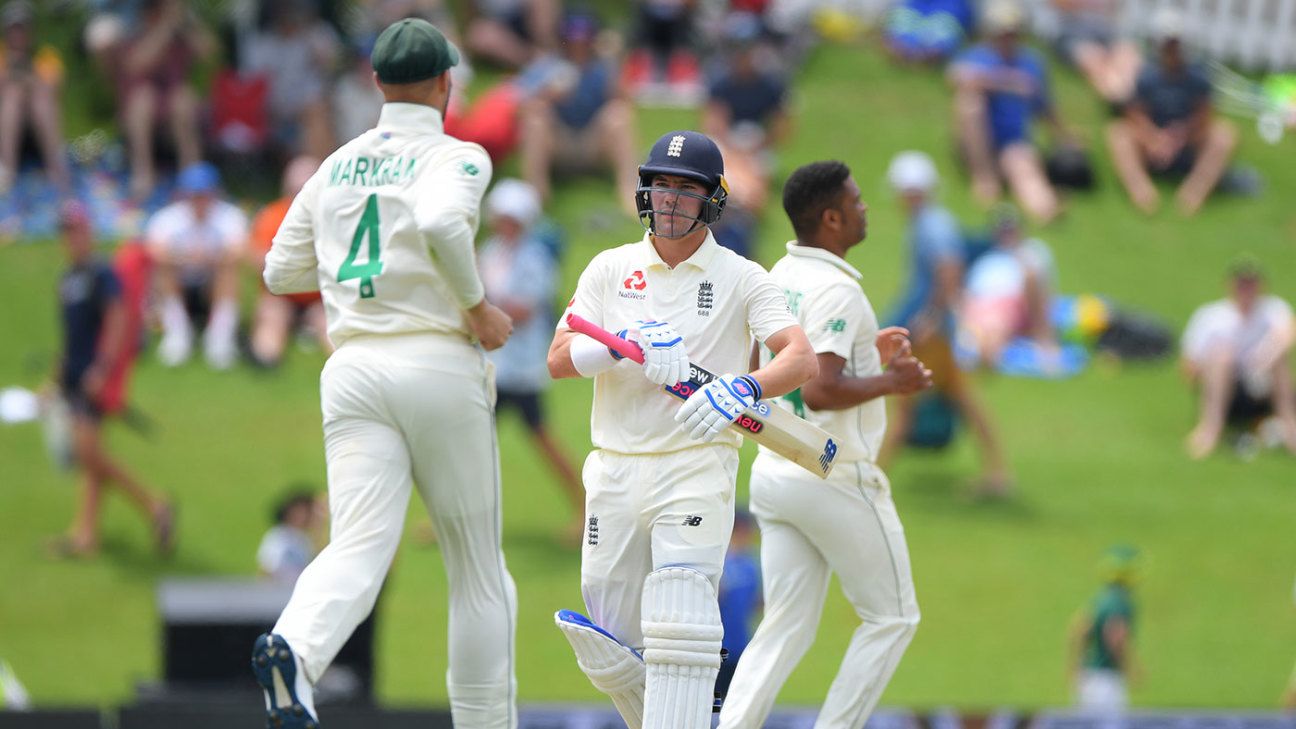 “Stats don’t lie,” Vernon Philander said, 10 matches into his Test career, when he had already taken 63 wickets at an average of 15.96 and bowled South Africa to the Test mace at Lord’s.

“Stats don’t lie,” someone might have said to Philander, after he managed a mere 15 sticks in six Tests this year at a relatively steep 25.80. Sure, his average was always going to go up after that start but this was the highest it had been in four years. The numbers told him the end was nigh, so he announced his retirement, which will come at the end of this series.

“Stats really don’t lie,” Philander was reminded, when he finished with 4 for 16 at SuperSport Park. Not only are those his best figures of 2019 but also his most economical when bowling more than seven overs in an innings.

Then there are the things the stats don’t say. His opening spell of five maidens set the tone for South Africa taking a 103-run first-innings lead; his final burst of 2 for 10 post-tea sealed it. Throughout, Philander schooled everyone in how to bowl in conditions which can be described as slightly helpful, and how to control an innings with consistency and not much more.

He opened with six balls that shaped away from Dom Sibley, each ever closer to the outside edge. Once, Philander found it, but the chance died on Faf du Plessis in the slips. Philander did not have to wait too long for reward. The first ball of his second over found Rory Burns’ bottom glove.

That was the only the first example of Philander’s ability to build pressure. He spent the rest of the spell testing Joe Denly’s defences, with balls that nipped back in, hit the pad and snuck past the inside-edge. All of those deliveries threatened. None of them could be scored off. The over after Philander finished, Kagiso Rabada found Denly’s edge, Quinton de Kock dived across Rassie van der Dussen at first slip, to whom the ball just carried. If the catch had been taken, England would have been 26 for 3. Instead, they went to lunch on 60 for 2.

Philander conceded his first run after the break but also took the biggest wicket. Joe Root’s attempted tickle to third man turned into an edge to the keeper, off a ball the England captain should have watched rather than walking down the pitch to play. Philander then kept Ben Stokes quiet for 11 balls, making the opposition’s most aggressive player work his way in, rather than smash his way there.

Dwaine Pretorius and Anrich Nortje burrowed their way through the middle-order before Philander was called on after tea in a bid to finish things off. Sam Curran played the only two shots in anger against him, the first a well-timed swipe through point for four, the second a streaky edge past gully. For a change, Philander mixed up his lengths, opting for slightly shorter balls for parts of the next two overs and he even managed some extra bounce. Jos Buttler’s edge was found.

But it was the final wicket that summed up Philander, the bowler we have known for so long. Full, top of off, the batsman playing down the wrong line, and dislodged. Philander led the team off the field, far ahead of anyone else and jogged up the stairs to the dressing room faster than he usually does on the field. The SuperSport Park crowd was around half (5,974) of what it had been on day one (10,995), but Philander received applause that sounded as if it had come from three times that number, making it one of the few occasions when he has been able to bask in the light on his own.

Since his debut Test season, when he cleaned Australia up at Newlands in 2011, Philander has flown under the radar. Despite opening the bowling, he was always considered the third prong in the attack, after Dale Steyn and Morne Morkel. And when neither those two were in operation, Philander stood in the shadow of Rabada, who is talked about as the leader of the attack despite being Philander’s junior.

South Africans, and probably many others, are excited by the emphatic. Pace. Bounce. Swing. Reverse Swing. One-handed catches on the boundary. Anything that has the obvious potential for drama. It’s only some who are serenaded by more subtle arts. Perhaps that’s why Philander’s status was never as exalted as his colleagues.

And then there are appearances. Philander does not have a throbbing vein or demon eyes, like Steyn. He rarely flares his elbows in despair or falls over in his run-up, like Morkel. He does not lope in, with the grace of a gazelle, like Rabada. He has a portly profile and the most animated thing he does on the field is call for reviews prematurely, and his captains have learnt to work around that. (It’s simple: just ignore him.)

Philander doesn’t even say the most exciting things in interviews which has resulted in him being under-quoted (there’s only so many times we can write the word “obviously,”), under-profiled and maybe even under-praised. The end result is that we all owe Philander a little bit more recognition, so here it is:

The South African attack will miss Philander’s skill and guile and leadership. Their loss is Somerset’s gain. Perhaps it’s only fitting that the country against whom Philander proved his worth after some considered his start a fluke, and the country against whom he will bow out even though he looks as though he has another season in him, will be the country where his career officially ends. Stats don’t lie, and Philander will likely rack up a few more good ones on the county circuit but for now, he is not concerned with his returns.