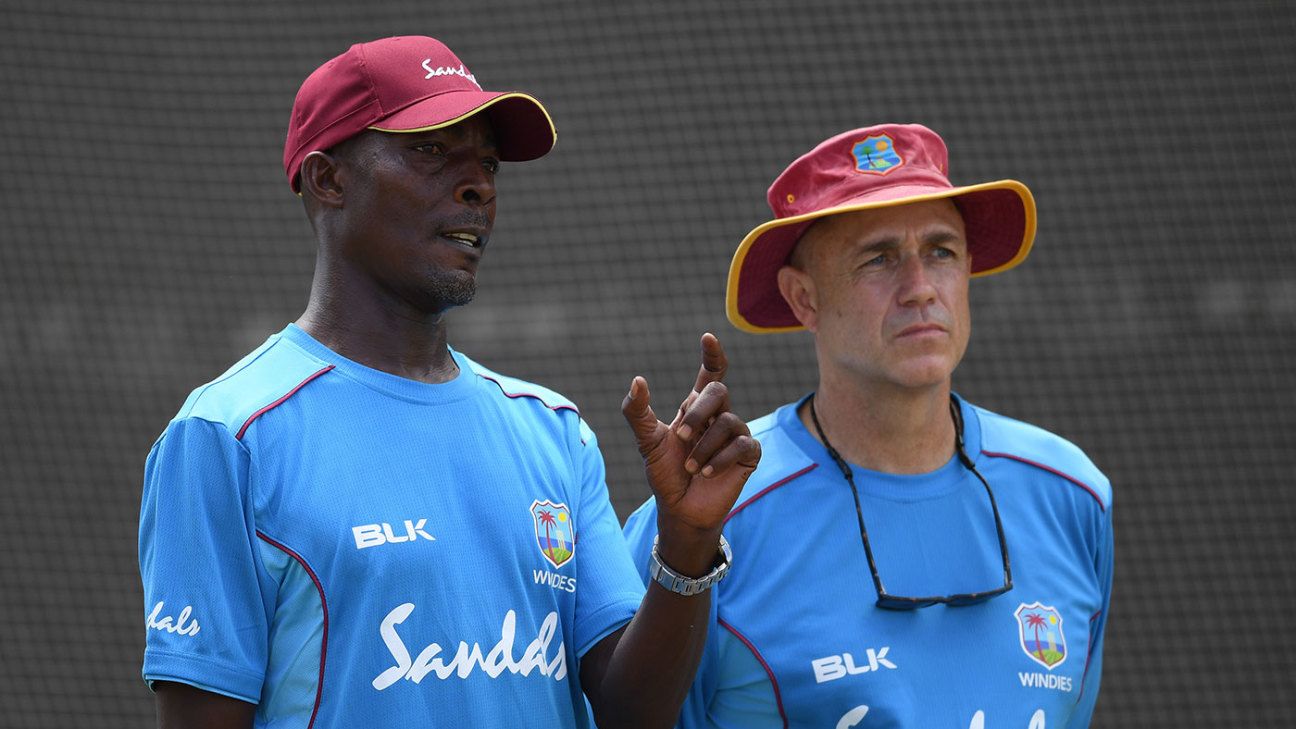 Vasbert Drakes, West Indies’ bowling coach, believes “the sky is the limit” for this current team, and says the emergence of a four-pronged pace attack evokes memories of the great days of West Indies cricket by “putting fear in opposition hearts”.

And, with the final Test of the series against England likely to be played on the quickest pitch in the Caribbean, he hopes that their seam attack can continue to trouble a batting line-up that had been blown away in the opening two Tests in Barbados and Antigua.

“The sky is the limit for this side as they continue to grow,” Drakes said. “The guys understand the legacy of West Indies cricket and they want to continue to inspire the next generation of cricketers to play the game. The guys are playing really good cricket. I’m really proud as an ex-West Indies cricketer. All kudos to the players.

“We’re really looking forward to playing in St Lucia. It reminds me of the wickets that were prepared for us, the West Indians, in the ’70s and ’80s. That’s the environment we’re trying to create. The objective is to make sure we have pace.

“Kemar Roach has really started to mature as a bowler and Shannon Gabriel has the X-factor for us. I’m really excited to be part of this squad where we continue to put fear in opposition hearts.

“I wouldn’t use the words so strong to say ‘intimidate with pace’ but when you have pace, as someone who played the game as a fast bowler, it gives you a little more option of being able outfox the batters. At the moment that’s what we have in our favour so we’re going to utilise it to our advantage on the cricket field.”

While Drakes accepts the loss of Jason Holder, suspended as a result of his team’s slow over-rate in Antigua, is a blow, he is excited by the prospect of the young players who could come into the side. And while Keemo Paul, the 20-year-old all-rounder, looks more likely to play by virtue of his superior batting, Drakes appears especially excited about the prospect of 21-year-old fast bowler Oshane Thomas.

“I saw that young man five years ago,” Drakes said. “I thought he would be one for the future who would put fear into any opposition team.

“It’s unfortunate for Jason, but those are the rules we have to live with. We might question it but that’s a different discussion. It just opens up a spot for Oshane or whoever the selectors decide to go for.”