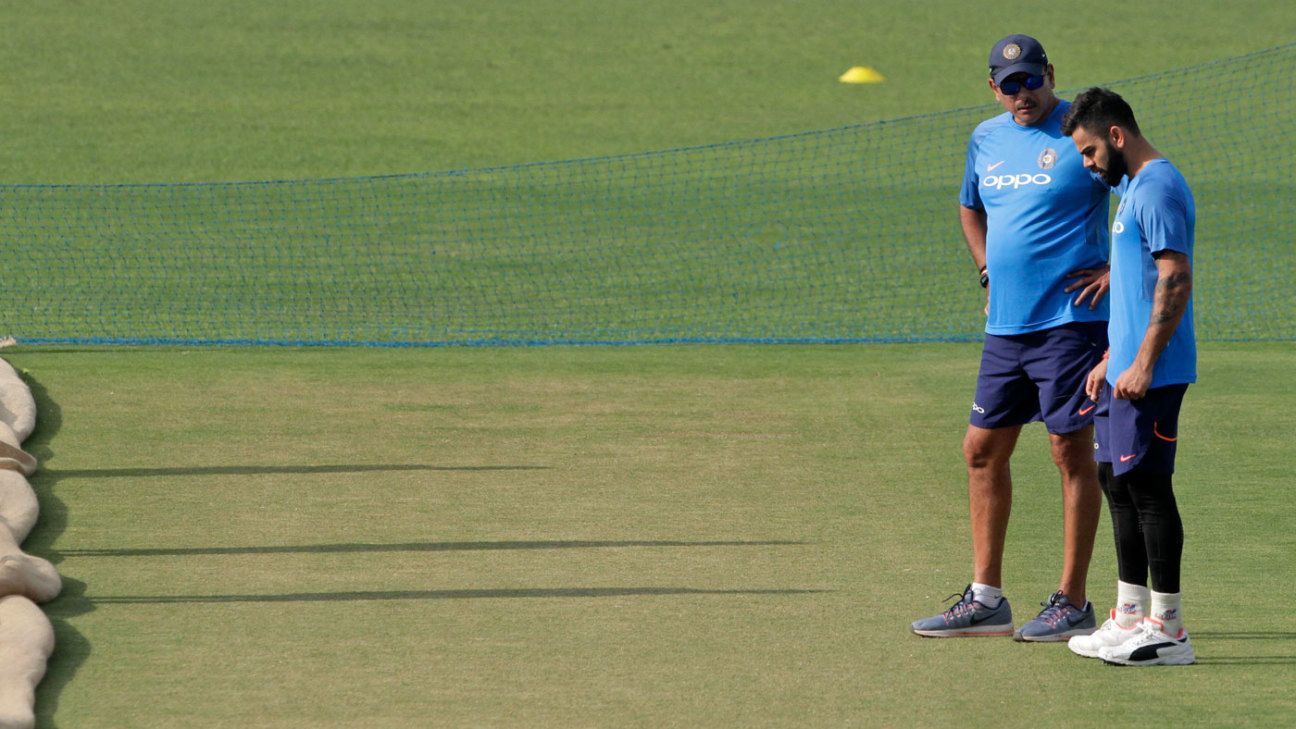 What is the Pune pitch, deep down?

In first-class cricket, it’s one of the flattest in the country. Thirty-six Indian grounds have hosted at least 10 first-class games since the start of the 2011-12 season, when the MCA Stadium made its debut. Of those 36 grounds, only two have a higher runs-per-wickets figure than Pune’s 35.82.

In 26 first-class games here, there have been ten individual scores of 150 or more, two triple-hundreds and three other doubles. Thirteen of the 26 games have ended in draws.

ODIs here have largely been high-scoring too, with three out of four matches producing first-innings totals of above 280.

“When the covers came off, it wasn’t a straightforward task to distinguish the pitch from the square surrounding it. It was green, and uniformly so. But soon enough, the groundstaff began taking grass off”

When a ground hosts a Test match, however, it can change character dramatically. Pune’s debut Test, in 2017, ended in less than three days, with India scoring 105 and 107 and the pitch ending up with a “poor” rating.

Two days before Pune’s second Test, therefore, everyone wanted to talk to Pandurang Salgaoncar, the curator. But Salgaoncar wouldn’t talk to anyone.

Salgaoncar has endured a difficult couple of years. There was the “poor” rating for the Test against Australia, to start with, and later that year even greater controversy arising from his getting trapped in a sting operation, which led to his being suspended for six months by both his home association and the ICC.

Two days from the start of India’s second Test against South Africa, Salgaoncar’s primary worries were to do with the weather. Rain has lashed Pune incessantly in the weeks leading up to the game, and this has, no doubt, complicated preparations for the game.

Tuesday afternoon was dry, though, and the heat oppressive. Out in the middle, the groundstaff were hard at work under Salgaoncar’s supervision, with India coach Ravi Shastri and bowling coach Bharat Arun keeping a close eye.

It wasn’t clear whether Shastri and Arun were merely watching the preparations or also passing on instructions. Arun, only half an hour earlier, had said this at his press conference:

“We don’t ask for the kind of wickets that we get. To us, to be a good No. 1 team in the world, any conditions that come your way, you’ve got to accept and say these are home conditions. Even when we go abroad, we hardly take a look at the wicket. Yes, in the last minute we tend to assess the wicket by looking at it, but we say that we are going to look at this as home conditions, and the wicket is the same for both the teams, so we are going to work on our bowling, rather than looking at the wickets.”

When the covers came off, it wasn’t a straightforward task to distinguish the pitch from the square surrounding it. It was green, and uniformly so. But soon enough, the groundstaff began taking grass off the pitch, with the means of stiff brushes and then a mower.

It remains to be seen how much of the grass survives by the time Test starts on Thursday. But given how the weather has been in the run-up to the game, the pitch is unlikely to be as dry as the one in 2017, which became what it became thanks partly to the 37-degree weather that had preceded the Test match, and partly to the reduced watering it was deliberately subject to.

Riyaz Bagwan, the secretary of the Maharashtra Cricket Association, refused to get into any detail over the effect of the weather on pitch preparations, but he was confident that the ground’s drainage would help reduce the length of any rain interruptions. He estimated that the sand-based outfield would take less than half-an-hour to be ready to play on again.

In the weeks leading up to the game, Bagwan said Maharashtra’s players had played a few practice one-day matches at the venue, and that these had begun on time – “9.30 sharp” – even if there had been overnight rain.

Much like the pitch, the weather in Pune can change dramatically in the space of a day. The blazing afternoon quickly gave way to dark clouds, and a short, sharp shower arrived at around 4pm. Rain was forecast for all five days of the first Test in Visakhapatnam, but it kept away for all but one session of play. With a similar forecast for Pune as well, here’s hoping for similar cooperation from upstairs.