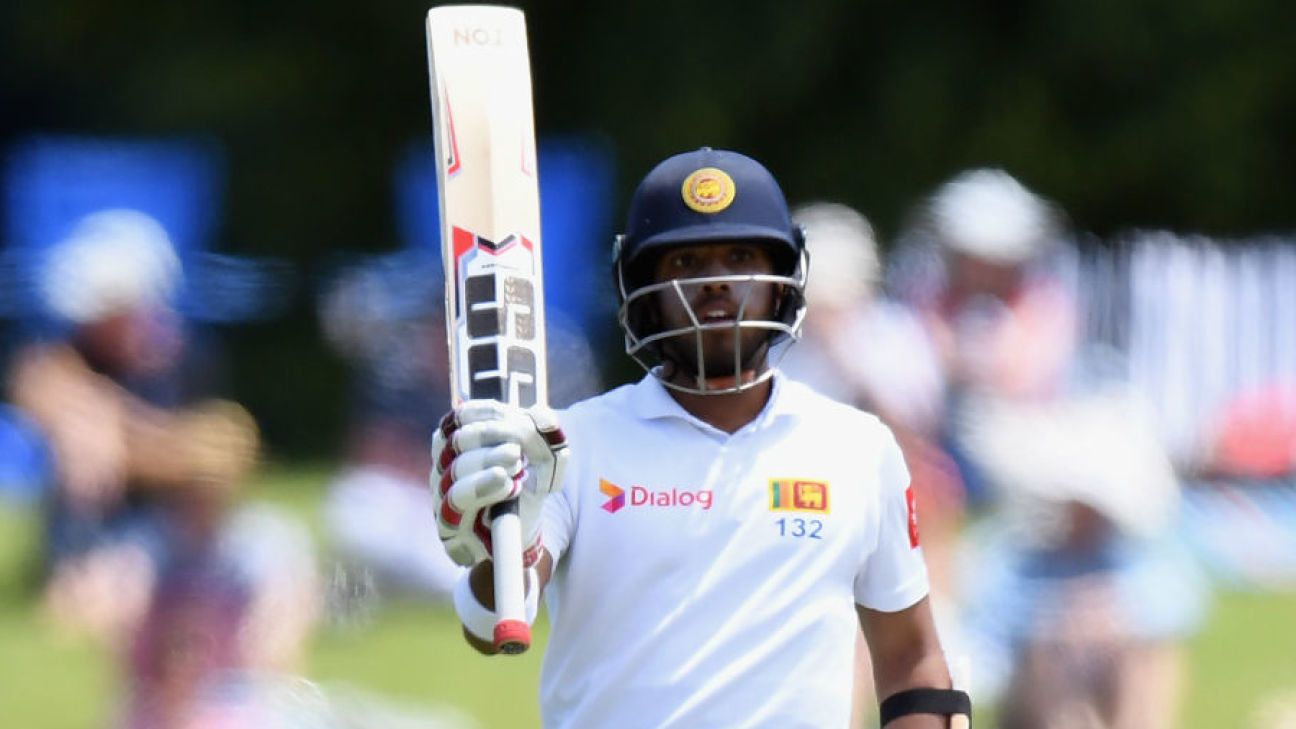 Sri Lanka fielding coach Steve Rixon has described Kusal Mendis as a batsman who will make people go ‘wow’ the more they see of him. Rixon, who has had coaching stints with New Zealand and Pakistan earlier, was full of praise for the Sri Lankan team for the manner of their historic 2-0 series win in South Africa.

Kusal Perera’s 153* had taken the team to an epic one-wicket win in the first Test, and in the second, Mendis and Oshada Fernando put on an unbroken 163 runs in the fourth innings to turn a potentially tricky chase into an eight-wicket romp.

“The big message was amplified loud and clear by everybody, especially the main coach. Hathu [Chandika Hathurusingha] told everyone to relax,” Rixon was quoted as saying by ThePapare website about the final day’s chase in the second Test in Port Elizabeth. “Going out there with a clean head helped. Kusal Mendis will go onto become a classy player in world cricket. He plays some proper cricket shots. I don’t see them played any better in the world. I am seeing bit of class in Mendis. We need to keep him relaxed so the class can come out.

“The kid is only 24 years of age. He needs a lot of mentoring. But you don’t want to take any individuality away from him. The kid has got something special in him. As time goes on, we will see him expand. He is still in the infant stage and has got some self-doubt. But the reality is, he is class. People will see greater things from him as time goes on. The more we see him, the more we are going to say ‘wow’.

“The other boy [Fernando] was outstanding as well,” Rixon added. “I thought he batted beautifully… He has not got baggage to bring. He sees what’s there and reacts. His role was unbelievable. He was attacking the spinner from the start. He doesn’t wait for that big one to turn and take the outside edge. Instead, he takes on the spinner. Coming down the track and going over for the spinners was smart cricket. The spinner is then wondering ‘what am I going to do now’. So, he actually took the game away from the South Africans. A spinner on that sort of wicket could have dominated.”

“I didn’t think we had any chance of winning and I moved from where I usually sit to a position where I am ready to shake the opposition’s hand. However, this game is a strange game. I have been watching it for a long, long time and I will never, ever stop being amazed.”

Steve Rixon on the Durban victory

Sri Lanka had arrived in South Africa having endured a particularly bad run of form in Test cricket. They were whitewashed 3-0 at home against England, then lost successive away tours to New Zealand (1-0) and Australia (2-0). Rixon said that while he didn’t see any changes in the approach when the team went from New Zealand to Australia, he saw a difference when they arrived in South Africa.

“In New Zealand and Australia, I didn’t see a lot of adjustments but from Australia to South Africa, I have seen a change in mental attitude and the way we have gone about our training, which has got smarter,” Rixon said. “Players feel happier about themselves. Obviously, winning that Test match in Durban was a once in a lifetime experience. It was a case of someone playing out of their skin. That added belief to the young kids who are coming along.

“Well, I wasn’t thinking of winning,” he added about chasing down a 304 target in Durban with a 78-run stand for the last wicket. “I didn’t think we had a chance. But the reality of it is, if you stay in the game long enough, you never know. Vishwa [Fernando] did such a good job. He became more comfortable the longer he stayed on at the wicket. KJP [Kusal Perera] from the other end was whacking them out of the park. I didn’t think we had any chance of winning and I moved from where I usually sit to a position where I am ready to shake the opposition’s hand. However, this game is a strange game. I have been watching it for a long, long time and I will never, ever stop being amazed.”

Rixon was also full of praise for the 25-year-old fast bowler Kasun Rajitha, whom he held up as an example for the other younger players in the squad alongwith Vishwa Fernando.

“Kasun, everything that he does from his fielding to his bowling and the time he spends out in the nets working on his batting, his work ethic is unbelievable,” Rixon said. “How it has worked for him is that he has worked hard to get there. He deserves every success that come his way. Vishy comes with nice equipment, bit like Vaas. To me, he will just get better and better the more he learns. Those are the kids who are going to carry the team forward. They set the standards for the younger guys to follow.”