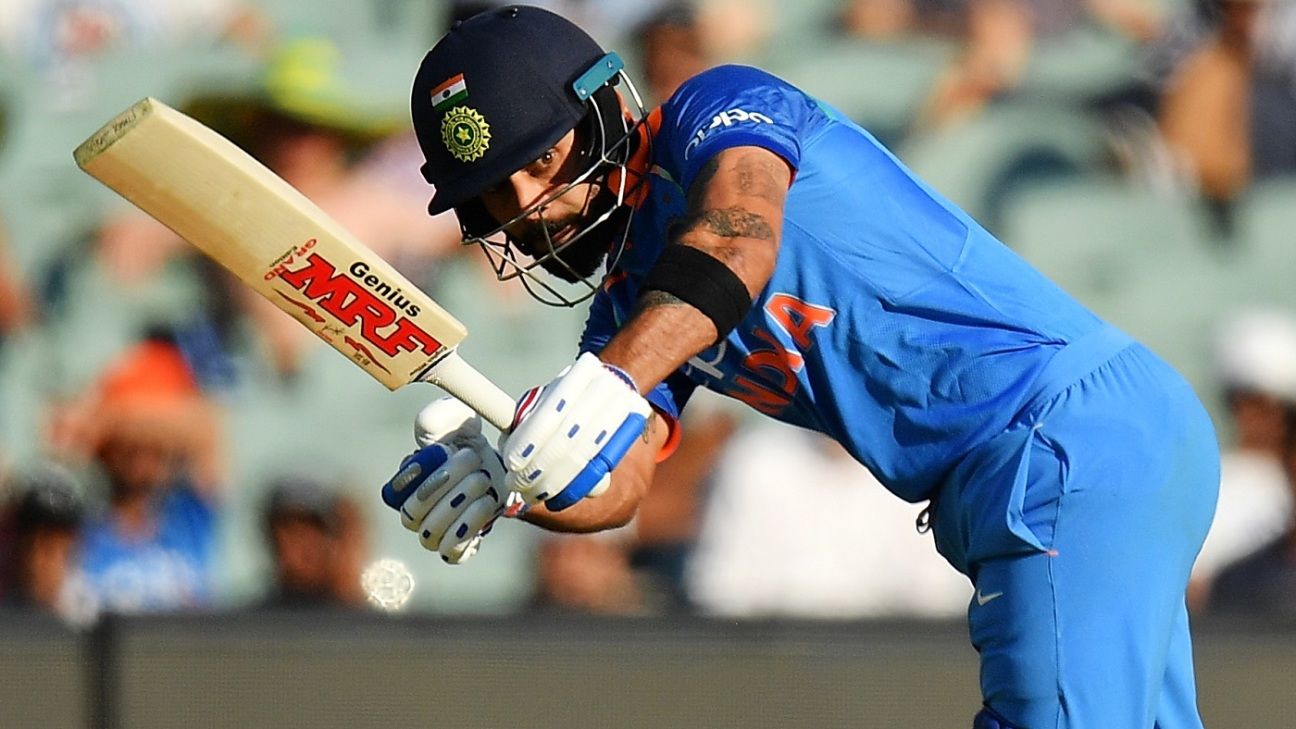 India arrive in New Zealand a confident bunch. They’ve just beaten Australia on their home turf. But, perhaps, somewhere the previous bilateral ODI series they played in New Zealand will be at the back of their minds: played five, lost four, tied one. India captain Virat Kohli admitted the team was not at its best back then in early 2014, but he felt the knowledge gained then would provide a blueprint for success this time around.

“We’ve seen a lot of things that happened in the last series in New Zealand, the patterns and the areas the [opposition] guys were looking to get us out,” Kohli said in Napier, on the eve of the first of five ODIs. “We were probably not an experienced side back then in terms of batting together. If you see the last three years or so we have evolved as a batting group, we are more aware of our abilities.

“You see New Zealand have the ability to make the game high-scoring, so the key is to not panic when you see 300 posted regularly. You just have to back yourself as a batting group to get those runs or set a big target when you’re batting first. The last time we played we here we didn’t have that kind of composure, to be relaxed while chasing 300.”

Kohli pointed out the importance of adapting plans to the relatively small grounds in New Zealand. “You have to be aware of the side boundaries being short on most grounds here, so we need to target the right areas. I think the bowlers require more composure here. Unless it’s a typical green surface, bowlers have to figure out the areas where they can force batsmen to hit so that they can get them out. The team that does that well ends up winning in a place like New Zealand, purely based on the dimensions of the field.”

On a day when he swept the ICC’s awards for 2018, he said that knowing the ins and outs of batting helped his captaincy. “You get a gut feel of what the batsman’s going to do because you put yourself in that situation and think ‘what is the shot that I would want to play to get myself out of trouble, or how so I see this game going forward, am I in the mindset of just knocking singles around?’ Then you place the field accordingly. If I’m wanting to go after the bowlers, you change the field before the batsman does it.

“Being a batsman and captaining the side helps in that regard because you can premeditate at times what the batsman might want to do. That’s a massive factor. Every captain in the world would be doing that, taking that one step ahead.”