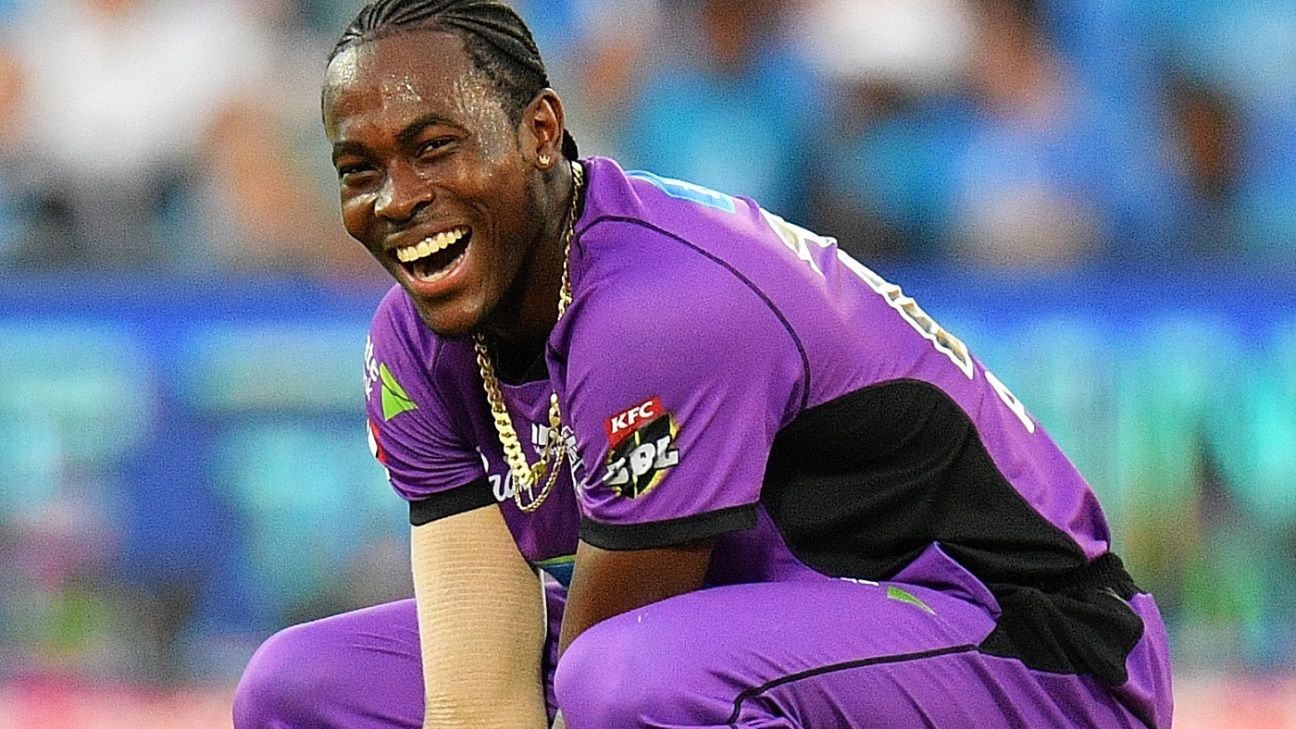 On the eve of England’s World Cup squad announcement, the name Jofra Archer seems to be on everybody’s lips, and not always in the most welcoming way. The Barbados-born Archer, who recently qualified to represent England, has plenty of supporters, but number of his prospective team-mates have expressed reservations. Here’s what they had to say – on both sides of the argument.

“Jofra is a very impressive player. He’s a guy who, if he was England qualified, we’d have looked at … at the end of last year. He’d have gone on some Lions [tours] and from there we’d have seen what happened.

“Is it too late if he did qualify at the start of next year? Yes, I think it is. Providing everybody is fit, I think it is.” Speaking to media in June 2018

“We have to be open-minded in adjustments that need to be made, particularly in the fast-bowling department.

“Jofra’s quite close to qualifying. He’s in demand around the world and I think that’s justified because of the talent that he is, he’s done some brilliant things … We’ll make a decision once he’s actually available.” Speaking to media in January 2019

“Fair probably is not the right word.

“It probably wouldn’t be fair morally, but at the same time it’s the nature of international sport.” Speaking to BBC in April 2019 when asked if it was fair that Archer could replace someone who has been part of the squad for three years

“It’s a group of players that have been together for three or four years now that have got us to No.1 and there’s a reason for that. Whether someone should just walk in at the drop of a hat because they’re available, whether that’s the right thing I don’t know.

“I imagine every bowler sat in that dressing room will be trying to do that, to make sure it’s not them that gets left out, should that happen.” Speaking to media in March 2019

“I was speaking about this with the lads at Durham and it was the old Kevin Keegan thing, bringing in Tino Asprilla [at Newcastle Utd] because you want to keep the team at the top.

“You still want to keep moving forward but does that change the dynamic? Does it mix it up? All of a sudden, you can lose the momentum and drop down.

“He would obviously be a great asset but would that affect the dynamic of the team? Would I want to see someone like Liam Plunkett, who has been our best bowler for three years, left out? No.

“Would I want to see Chris Woakes, who I am really good friends with and has taken loads of wickets, left out? No. Or Tom Curran, who has bowled well?

“It is hard to see. Does anyone deserve to be left out? I don’t know.” Speaking to media in April 2019

“Anyone of Jofra’s calibre, anyone of his quality, you should be talking about him because his talent alone speaks for itself. He can bat, he can bowl, he can field and he can do all of them to a very, very high level … if he does get the call he’ll be a massive, massive asset to England.” Speaking to ESPNcricinfo in April 2019

“Jofra makes any team better. He is the most naturally gifted bowler I’ve seen and I don’t think he realises how good he is.

“To have somebody at the pace he bowls and the skills he has … the selectors are going to be scratching their heads and it’s a great time to be an England fan and an England player.” Speaking to The Doosra podcast in April 2019

“I feel like I should be in that 15. I feel like I’ve played well and been one of England’s best seamers in the last two or three years. I’m hoping they’ll back me.

“He’s obviously a massive talent, but he’s not played that much one-day cricket himself. Reading the press, he might get a game against Pakistan [in May], but whatever happens, happens. The other bowlers can’t do anything about it. You just go back and try to perform for your county.” Speaking to ESPNcricinfo in April 2019

“It’s great to see those guys raise the bar and put in the performances they did. With that chat about Jofra, the guys we’ve got here have really stood up and bowled extremely well.

“What I will say is with the chat that has been around about him in the last month or two it’s been good to see the response we’ve had from the bowlers. Some of the performances on this trip have been fantastic, sometimes the best pressure is from within and there hasn’t been a lot of pressure on the group from a bowling point of view for a while.” Speaking to media in March 2019

“To be honest with you, I wouldn’t rule anything out. I don’t really believe in ruling things out. When a decision comes up, just attend to it with as much focus and clarity as you can. Try and get the decisions right one by one.” Speaking to media in December 2018