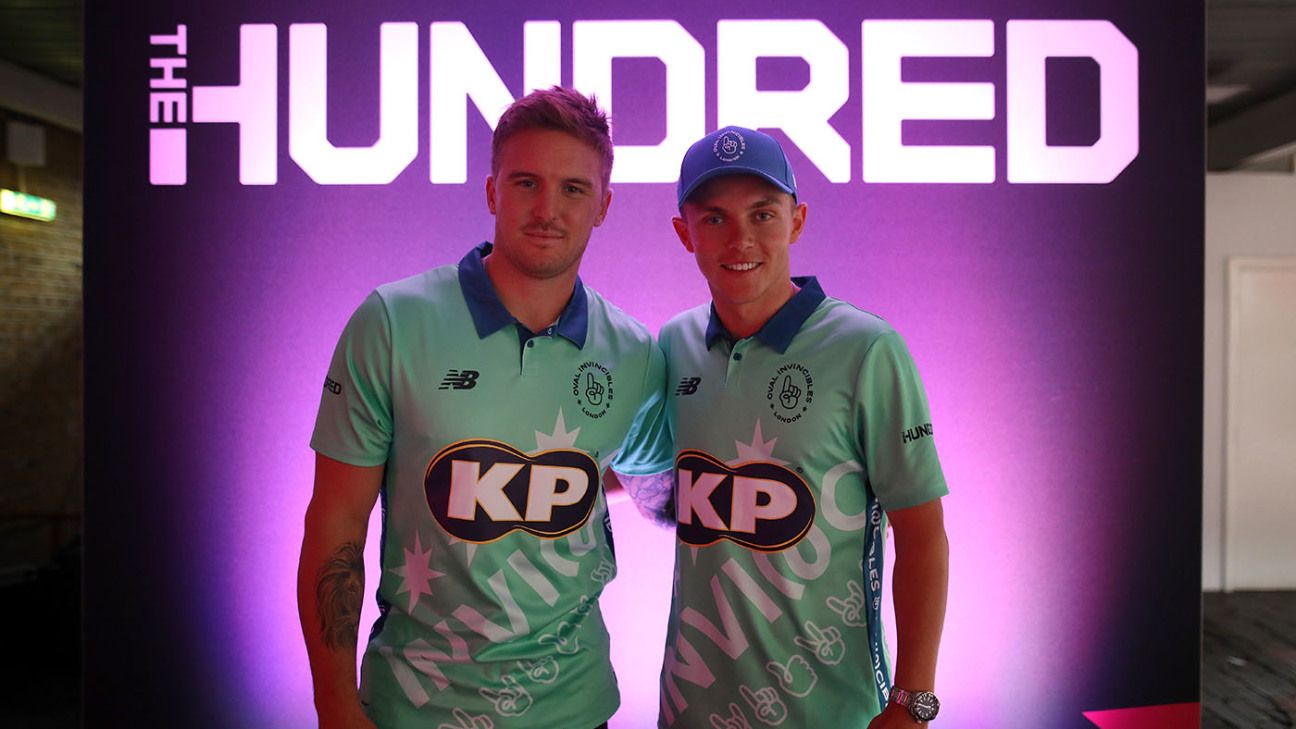 The Hundred draft takes place this Sunday night, and is the first time in the history of domestic cricket in England that players will be picked from an open pool. Unlike the IPL, the format is a draft rather than an auction, meaning there will be no bidding wars, and instead teams will simply take turns to pick players. Here’s our explainer as to how the night will pan out…

The Hundred is the ECB’s new 100-ball tournament, which will be played in July-August 2020. It will be played by eight new teams, based in seven different cities (there are two London teams).

Who are the new teams?

All the teams are owned by the ECB, so unlike in plenty of other leagues there will be no owners on the draft tables. Picks will be made by head coaches, but with plenty of behind-the-scenes inputs from the rest of their staff and their analysts.

The head coaches are as follows:

Do they have any players already?

Yes. Each of the men’s sides has picked one England player. Teams could choose one Test-contracted player from their ‘catchment area’, meaning Northern Superchargers faced the choice between Ben Stokes, Jonny Bairstow, and Joe Root (they went for Stokes), while those players left over were allocated to a team without a Test player.

Each team then picked two ‘local icons’, each of whom spent the 2019 season at a county in the new team’s catchment area. They were able to negotiate a salary with their new team, and ESPNcricinfo understands that some players were convinced to take lower salaries due to the security of being picked up before the main draft.

That means that the majority of England’s one-day players have been picked already, though a handful – Joe Denly, Sam Billings, and Mark Wood, for example – will be available in the draft.

How does the draft work?

After a random draw, the order of picks for the first round was decided, with Stephen Fleming’s Trent Rockets set to pick the first player. The order of picks will then be reversed for the second round, and so on. Where a local icon has been picked, the team will skip that turn in the draft.

What about overseas players?

As revealed by ESPNcricinfo, some 240 overseas players have registered for the draft, and with the exception of India’s white-ball stars and AB de Villiers, most of the big names are available.

Each team will be permitted three overseas players, in both their squad and their XI.

Yes – each team will also be able to make a ‘wildcard’ pick after the conclusion of next season’s Vitality Blast, who will receive a £30,000 contract.

What happens next season?

Teams will be able to retain up to ten players in their squad for the 2021 edition of the tournament, and will mutually agree the salary band with the relevant player.

What about the women’s competition?

There’s no draft for the women’s competition, with players instead negotiating deals directly with head coaches. Each team has already signed two England-contracted players, and has until the end of May 2020 to complete their squad.

When is the draft?

The draft starts at 7pm local time in Sky’s London studios, and ESPNcricinfo will bring you live coverage throughout the evening to see who ends up where.