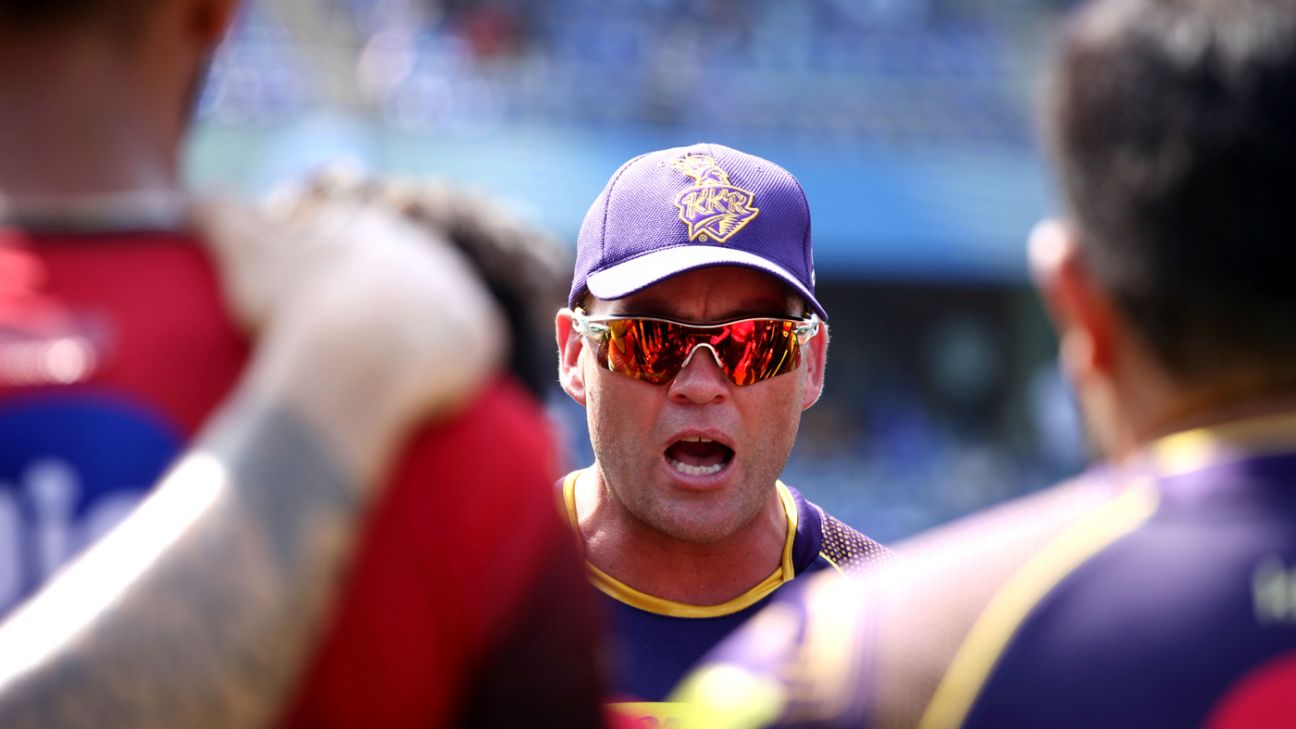 Cricket South Africa (CSA) needs deeper pockets if it wants former international players to be involved in their structure and programmes, according to captain Faf du Plessis. In the aftermath of what he called the “toughest part of my captaincy journey”, which has included a poor World Cup, a drubbing in India, and several high-profile retirements, du Plessis explained that while an inexperienced South African set-up need inputs from past greats, they cannot always afford them.

“It’s obvious that we need to make more use of our ex-players and especially our experienced players, but it also comes with challenges,” he said. “I know for a fact that we have tried to get them involved, but I suppose it always comes down to a financial point of view. The financial thing is a hurdle at the moment but if that wasn’t a hurdle, most definitely.”

While he did not specifically name the players who had been approached, ESPNcricinfo understands that both Jacques Kallis and Shaun Pollock were spoken with, but had declined offers. There are also several other players scattered around the scene, who could have been of use. Former captain Graeme Smith was part of the commentary team in India, while recent retiree Hashim Amla was an analyst for the South African broadcaster SuperSport . He was joined by Makhaya Ntini and former national coach Eric Simons. Dale Steyn, AB de Villiers, JP Duminy and Morne Morkel, who have all retired in the last 18 months, have not been involved at all.

All these names form part of the group of experienced players that du Plessis has called on to help lift South African cricket out of its current situation. “We need experience in the team right now and that comes from ex-players. It’s great that there are three franchise coaches now that have played international cricket: Robin Peterson, Ashwell Prince, Mark Boucher. That’s a great thing,” du Plessis said, though he missed naming Imraan Khan, who coaches the Dolphins and played one Test in 2009. “We need to make sure that the experience and knowledge in our country – we use it to the best of our ability.”

“It is a direction that CSA wants to take but it’s a matter of are those individuals available, because they also have other commitments”

Interim CSA director of cricket Corrie van Zyl echoed du Plessis’s thoughts, saying the “door is open” to former players, not just with the national team but at the levels below. “We would like to go to players like Hashim and say if it can’t happen at Proteas level, can you help with high performance [teams]?” Van Zyl said.

Enoch Nkwe, the interim team director, agree, but like du Plessis, indicated that former players were not always available.

“How do we get those ex-players, those great minds involved in the game? Not only at national level. We’ve seen it with England where Ian Bell is working with the under-19s. I know the likes of JP Duminy are interested in working with lower levels, where they feel they can make an impact and get young players prepared,” he said. “It is a direction that CSA wants to take but it’s a matter of are those individuals available, because they also have other commitments.”

Those “other commitments”, if you read between du Plessis’ lines, are the opportunities to make money elsewhere. Smith, Pollock and Amla are believed to be paid more by broadcasters than CSA can afford. Similarly, du Plessis indicated money could be the reason players who retire don’t stay in the domestic set-up, where they can mentor the next generation.

“Unfortunately, in South Africa right now, players that retire from international cricket are not going to stay and play domestic cricket. They will either play overseas or retire completely,” du Plessis said. “To have players like Hashim Amla and those guys, you can’t expect them to go back and play four-day cricket because they won’t. They won’t do that, they’ve been in the international game for so long, they are either going to move on to different pastures – not necessarily greener pastures – or they will completely stop.

“India was a really tough tour, mentally, and to just say to them ‘now you have to go and play’ won’t be the right way to go about it. If a guy doesn’t want to go and play, what’s the point of him playing.”

None of Amla, Steyn, Duminy or Morkel play four-day cricket in South Africa, neither does Imran Tahir, who remains available for T20I selection. That leaves South Africa’s domestic system without a wealth of experience, a problem that remains even when the current crop of internationals are available. They rarely play franchise cricket because of the demands of their schedules and, in the immediate term, the need for time out after a tough tour.

“I do believe in the national players going back and playing domestic cricket as well and the conversations do take place, but it’s also about the international player. The guys who play ten months of the year on the road, it’s also important for them to have a break and have some mental freshness,” du Plessis said.

“Some guys will play in the four-day games now but some are not, because what’s required now is a bit of time away from the game. India was a really tough tour, mentally, and to just say to them ‘now you have to go and play’ won’t be the right way to go about it. If a guy doesn’t want to go and play, what’s the point of him playing? There will be no benefit.”

Still, Rory Kleinveldt has called for du Plessis himself to lead from the front and play in the round of first-class fixtures which begin on Monday. That is unlikely, not least because Cape Town resident du Plessis continues to be associated with the Pretoria-based Titans’ team, which is laden with national players already.

Dean Elgar, Theunis de Bruyn, Quinton de Kock and Heinrich Klaasen are the other batsmen with the Titans and it could be argued that at least two of them – de Bruyn and Klaasen – need more game time than du Plessis. And all four cannot be included anyway because of transformation requirements.

The complicated requirements of South Africa’s selection also make it difficult for former players to find a spot, which was CSA’s argument behind expanding the top tier to 12 teams, which South Africa Cricketers’ Association is opposing in court. Du Plessis admitted he “does not know a lot about domestic structures, because I don’t spend a lot of time in domestic structures” but said if more teams meant more playing positions, he would be in favour of it.

“The most obvious is that you are getting more players playing the game and that’s ideally a good scenario. The bigger the pool that we as the Proteas can pick from, the better.”

Actually, the opposite will happen. Currently, South Africa’s domestic scene has space for 66 cricketers to play each week in the six franchises and 143 players in the 13-team provincial structure, which also has first-class status, though it is a second-tier competition. That’s a total of 209 players in action every weekend and does not take into account the few dozen on the sidelines.

Collapsing the franchise and provincial structure into one tier, which is CSA’s intention, will reduce the total player number to 132, which means 77 fewer active cricketers. While du Plessis genuinely may not know the intricacies of this system, or may have disregarded the provincial system in his initial calculation because it is lower tier, the impact of the domestic restructure is clear: South Africa will have a thinner pipeline, something it can ill-afford from a playing point of view but needs to do financially.

Lest we forget, CSA are still estimating debt over the next four-year cycle as being at R654 million (approx. US$ 44.8 million) and are looking to cut costs wherever they can. And that speaks to du Plessis’ first point that CSA’s pockets are not deep enough for their former players. But it also speaks to a less obvious issue, that perhaps the former players themselves are wary of becoming involved at CSA. This is a subject that is spoken about in hushed tones and in off-the-record conversations, but it is starting to show its head. Jacques Rudolph has blamed the administration for the current decline. While CSA tries to put out legal fires on several fronts, they are losing credibility among the very people who are their strongest currency: the players. And that is something they cannot afford at all.