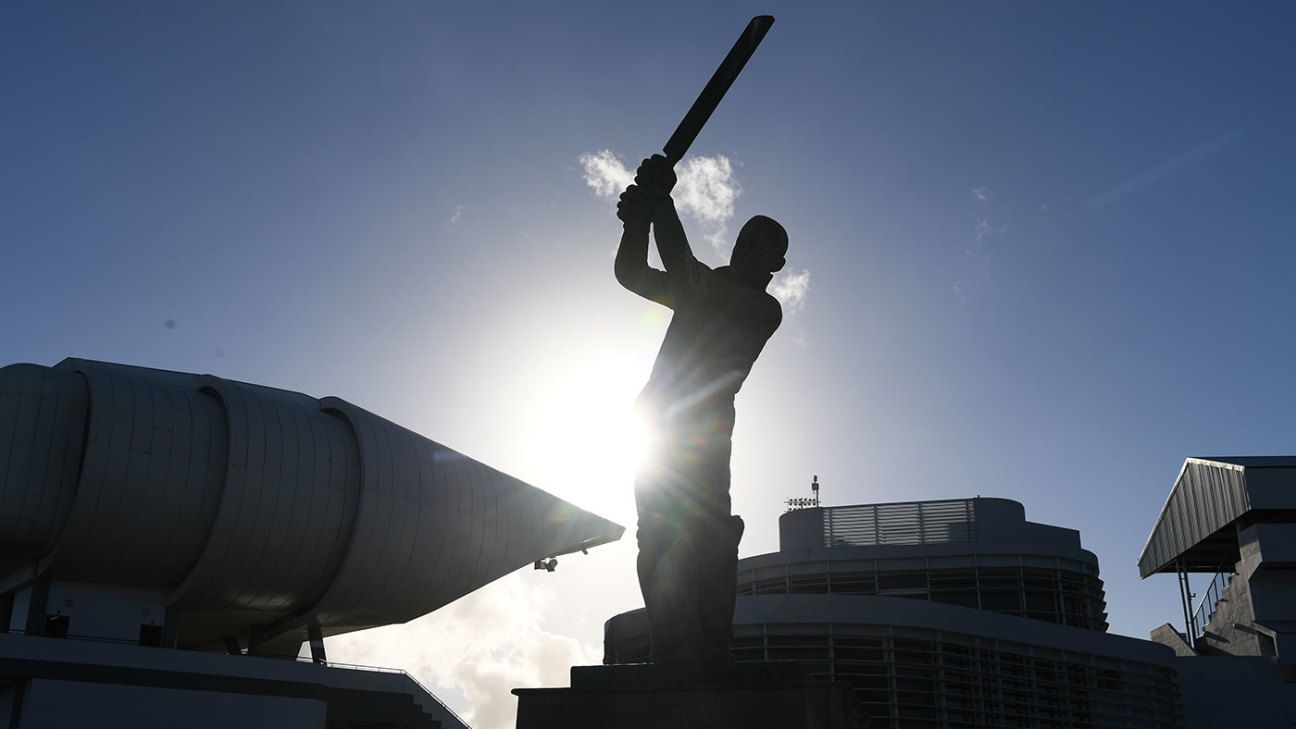 It really shouldn’t be a mystery why West Indies raise their game against England. Or why, as a consequence, England’s record in the Caribbean is so modest.

There are many former colonies, territories and dominions that have reason to resent the British. Resentments upon which the sun never sets. But nowhere – arguably, at least – is the Empire’s history more insidious than the Caribbean. Whether it’s the plantation houses, the fields of sugar cane or the palm trees that once acted as markers, the ghost of slavery lingers at every turn.

Until the middle of the seventeenth century, the population of Barbados was almost entirely white and English. It only changed when the slave ships started to arrive. Thousands of them. Carrying their captives in the most brutal conditions imaginable and then forcing them to work until they dropped. By around 1660, Barbados is said to have generated more trade than the rest of the British colonies combined.

Now, this is not an attempt to dredge up such unpleasant memories unnecessarily. But there is a context here. And, like the Holocaust or the fight for universal suffrage, it’s something we should never be allowed to forget as it informs the present. The fact is, around 90% of the population of Barbados, for example, is of African heritage. And that means that many of the people living here today – and the cricket team which represents them – are descended from those forcibly transported and enslaved by the British. And maybe, just maybe, that goes some of the way to explaining the remarkable record between these two sides.

Put simply: England’s record in the Caribbean is poor. They have won only one series here – in 2004 – in the last half-century. While that is explained, in part, by the fact that the West Indies sides of the 1970s, ’80s and even ’90s were sensationally good, it makes less sense in recent times. In both 2009 and 2015 England were confronted by far more modest opposition and were either beaten or held to a draw. In 2019 they have, as the No. 3-rated side in the world, been thrashed in the opening Test of the series by the No. 8.

To a large extent, especially for the modern-day sides, the reasons may be entirely cricketing. Cricket has been a huge part of the culture of much of the Caribbean for many years and, as a vastly popular sport, it is entirely natural that many children should want to excel in it. Furthermore, in recent times at least, conditions in the Caribbean have tended to exploit areas in which England have been least strong: the ability to play and deliver fast bowling and spin. England have been notoriously poor travellers, too.

But could there not be more to it than that? For in several recent series – not least in Antigua and Barbados in 2015 or Leeds in 2017 – West Indies have produced fightbacks that hint at great spirit and resilience. Almost as if they were inspired to find a way to raise their game. So while England have won in India, South Africa, Sri Lanka and Australia in the last decade, it is 15 years since they last defeated West Indies at home.

It was a point touched upon – albeit tangentially – by James Anderson after the completion of the warm-up games. Reflecting on England’s modest record in the Caribbean, he acknowledged the passion of the opponents he had encountered.

“Whenever we come here, you get the feeling West Indies really want to beat England,” he said. “It’s something that has been ingrained in them. You can see it in the players’ eyes.”

Now Anderson is unlikely to have been alluding to the legacy of the slave trade. Instead, he may have been referring to the history of cricket between these teams and the years in which West Indies’ dominance over England was overwhelming.

But the two points might well overlap. For it was that cricketing dominance that gave many in the Caribbean diaspora a sense of unity and pride in the years after independence (Barbados was granted independence in 1966; Antigua in 1981, long after Viv Richards started playing for West Indies) and as they were making their way in the sometimes hostile new environment into which they had moved. Denied opportunities in other fields, cricket presented a rare opportunity to compete on something approaching a level playing field. And an opportunity to inflict just a little pain back upon the old colonial master.

If that sounds far-fetched, think of it in the context of the Ashes. What remains one of the fiercest rivalries in sport is inspired, in part at least, by a fight for a tiny urn that may or may not contain the ashes of a bail and could well have been originally conceived as a joke. If that can inspire, surely the memories of several centuries of cruelty and oppression can, too? West Indies have never made a secret of their desire to respond to slights about their capabilities or qualities, whether it is England captains threatening to make them “grovel”, ECB chairmen referring to them as “mediocre”, or English columnists suggesting they are “short of brains” or, most recently, “very ordinary”.

“We wanted to beat every side,” one former West Indies great told ESPNcricinfo. “But we had to beat England.” The Ashes sound pretty tame by comparison, don’t they?

“Ah, but all this was a long time ago,” you may be thinking. And maybe you’re right. You suspect this young West Indies team, growing up in burgeoning, independent nations which are largely at peace with their past, might not feel the burning desire of their predecessors (what might be termed the Fire in Babylon generation) to make such a point against England. The vast numbers of England supporters who visit the Caribbean in the coming weeks – there were 9000 on the first day of the Barbados Test – will relish the magnificent beaches, the wonderful climate, the lively bars and treat their hosts with respect and friendliness. Neither they nor the England team are in any way responsible for the wrongs of the past.

“Whenever we come here, you get the feeling West Indies really want to beat England. It’s something that has been ingrained in them. You can see it in the players’ eyes”

But they should know this history. They should know, when they walk through the gate named in his honour at the Kensington Oval, that Herman Griffith was the man who founded the Empire Club – a club with an extraordinary record of producing cricketers, including three knights in Everton Weekes, Conrad Hunte and Frank Worrell – after it was decided his colour and low socio-economic class prevented him from joining existing clubs.

And these issues persist. It isn’t that many months since the Windrush scandal, in which Caribbean migrants – nearly all of whom were black – were illegally denied benefits, medical care or even deported from the UK. This is the generation that was invited to Britain after World War Two to help deal with severe labour shortages. Who had fought in Britain’s bloody wars, worked in her grim factories, nursed her dying and paid her taxes. All to be told they were no longer welcome.

At the same time, the indirect repercussions of the Brexit vote have stirred up issues many of us thought were long resolved. There is talk of a “hostile environment” to deter immigrants, talk of needing to register to live in the UK (yes, it applies to EU citizens but it arguably perpetuates the sense that the UK has become anti-immigrant or even xenophobic), of black footballers having racist abuse hurled at them.

It’s probably not the place of a privately educated white man to make these points. But imagine how it feels to hear “Rule Britannia” sung at the Proms. “Britons never, never, never will be slaves,” they sing. Well, maybe not. But they took many. And being the perpetrator of a crime is, in its own way, a lot worse than being the victim.

So don’t be surprised by the glint in the eye or the fire in the belly of West Indies’ players. Be surprised – and grateful – by the warmth of the handshake that follows, in victory or defeat, and marvel at the spirit of forgiveness and reconciliation it represents. It really shouldn’t be a mystery why West Indies raise their game against England.