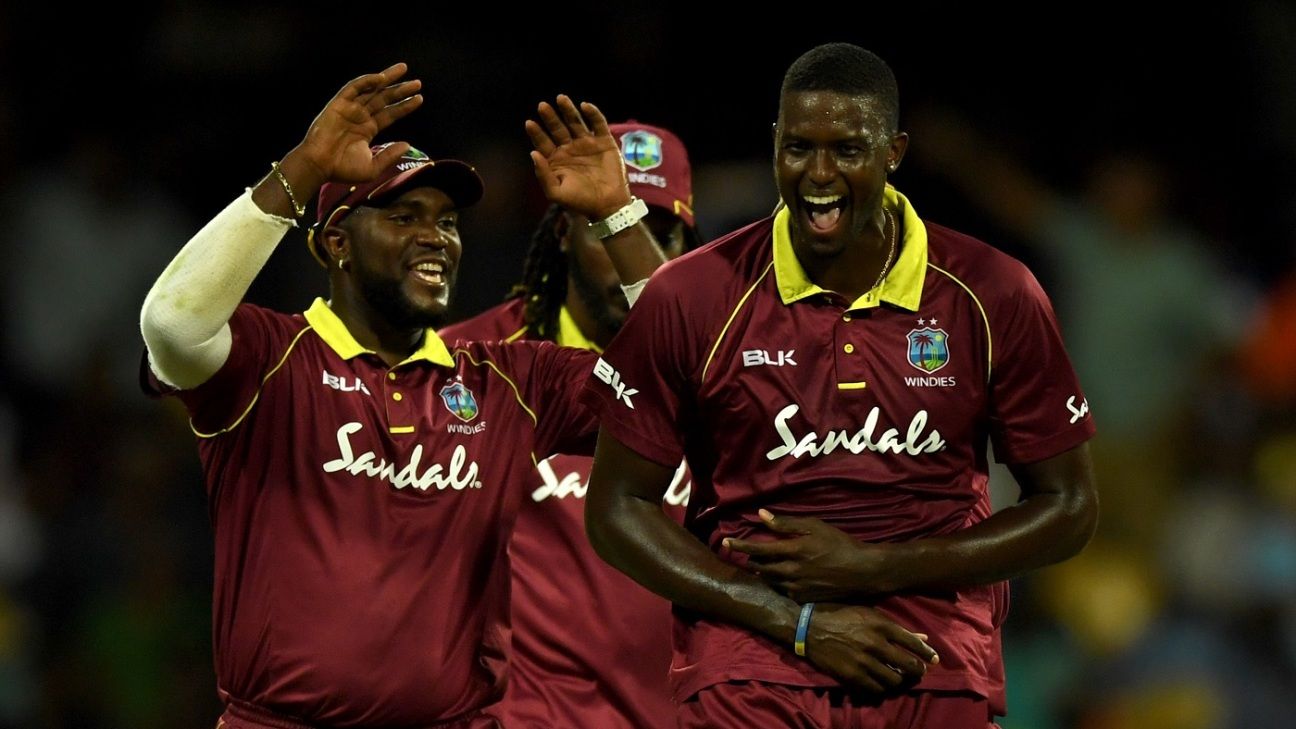 They may have struggled to qualify for the tournament and they may be down at No. 9 in the rankings, but few teams are going to relish playing West Indies in the World Cup later this year.

For, when Eoin Morgan admitted his England team had been “beaten by a better side today”, he was not just being magnanimous. It was an accurate reflection on the match.

Indeed, if West Indies’ catching had been better – poor Ashley Nurse has now dropped four chances across the two games – they may well have been heading to Grenada two-up. And while England could claim they missed Chris Woakes with both bat and ball, West Indies could counter-claim that they are without at least three first-choice players.

“This is a step in the right direction. It’s just about us believing more in our abilities”

This was, remember, a West Indies team lacking injured pacers Kemar Roach and Keemo Paul, the suspended Shannon Gabriel, as well as Sunil Narine, who has not yet regained confidence in his remodelled bowling action. Rovman Powell and Evin Lewis are injured, too, with Lewis likely to open the batting at the World Cup. Andre Russell‘s return, which may be imminent, should strengthen them further. Their depth is starting to look impressive.

Whatever happens in this series, West Indies will head to England knowing they have the firepower – with bat and ball – to hurt any side. And, week by week, match by match, the outline of a side is emerging that, if not likely to be among the World Cup favourites, will be significantly better than that lowly ranking.

The plaudits in this game will be taken, quite rightly, by Shimron Hetmyer and Sheldon Cottrell. Both showed the ability to hurt the opposition, with Cottrell demonstrating a skill for which England have searched since the retirement of Ryan Sidebottom: a left-arm bowler of decent pace who can swing the ball and bowl at the death. It’s a powerful combination.

Hetmyer’s century here was his fourth in just 22 ODIs. At his age (22), no other Caribbean batsman has ever scored more than one and, earlier this week, Sir Garfield Sobers said the youngster reminded him of himself; it is the highest of praise. His acceleration – his second 50 took just 35 balls and helped West Indies plunder 72 from the final seven overs of the innings – was probably the difference between the sides.

But it’s not just the runs Hetmyer scores that are valuable, it is the manner in which he scores them. Flamboyant yet elegant, powerful yet full of grace, he is exactly the sort of player to help another generation fall back in love with their team. He’s no Brian Lara – it would be unfair to expect that – but he may well turn out be the best West Indies have had since.

“Anything is possible,” Heymyer said in reply to a question about West Indies’ chances at the World Cup. “This is a step in the right direction. It’s just about us believing more in our abilities.”

There is no reason to suspect his talents – or those of Shai Hope, Oshane Thomas, Nicolas Pooran, Alzarri Joseph and all the other exciting young players – will be lost to West Indies cricket as some of the generation before were. The current management is happy to balance the requirements of the international team with the perfectly natural desire for players to earn money and gain new experiences in T20 leagues around the world. As long as that policy is maintained, there is no reason for the conflict that has compromised this side over the last decade or so to be sustained.

It’s probably fitting that Jason Holder was involved in a couple of key moments in this match. This is, very clearly, his side. He is respected as a cricketer and a man by colleagues and opponents. He has paid his dues and earned these brighter days. His slower-ball dismissal of Jos Buttler, for example, was masterful: Buttler is one of the most dangerous white-ball batsmen in the world; to see him so bamboozled was testament to the well-disguised variation Holder bowled.

Equally, to witness Holder’s roar of celebration upon taking the winning catch was to see how much this victory – in front of something approaching a capacity crowd on his home-town ground – meant to him.

This side’s journey is nowhere near complete and there are all sorts of issues – not least the fielding and the question of who should open with Lewis at the World Cup – still to be resolved. But Holder knows he has something pretty special building here. And he knows, at a World Cup where few expect anything of his side, they can surprise a few. The more we watch this tour unfold, the harder it is getting to deny: perhaps the embers of the fire in Babylon really are starting to glow once more.